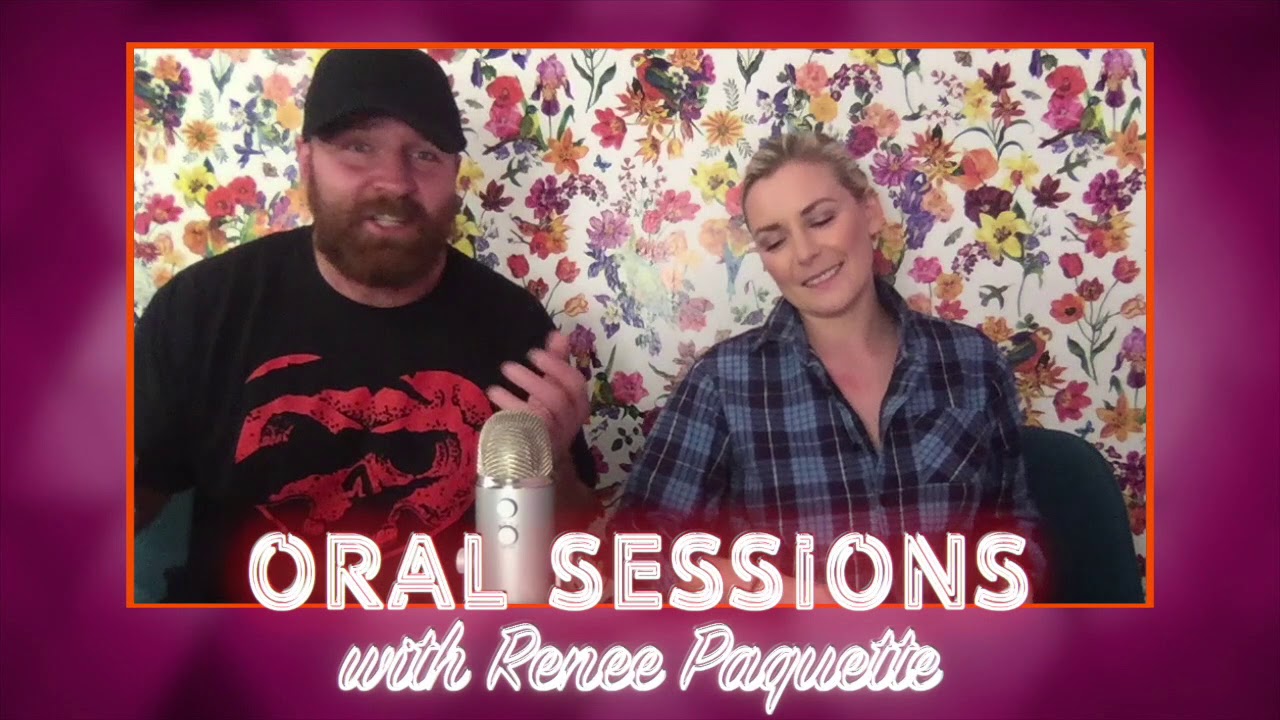 Love was in the air as Renee Paquette and “Dr. Feelgood” Jon Moxley sat down and spoke about love and relationships in an exclusive Valentine’s Day episode of Oral Sessions this week. Before they began answering fan’s questions, Moxley gave some words of advice for those struggling to find their ideal partner. To put it bluntly, the former AEW World Champion believes people should play the field before settling down, similar to his playboy lifestyle before meeting Renee.

“You shouldn’t try hard to make it something that it’s not. Do you know what I mean? My theory was: Why work so hard [on it]?” Jon Moxley replied when asked what’s the best advice he can give on love and relationships. “I’d see a lot of my friends do this, and I’d be like, ‘Dude, you’re in your 20’s, man. Why are you focusing on one woman when there’s all these women out there.’

“Now, I was not opposed to the idea of monogamy, or whatever, but I figured, what are the odds? Yeah, if the perfect girl came along, sure, but that’s not going to happen. So, I just figured that I should be a solo act and enjoy many great women, you know? I’ve known and had the privilege of spending time with many beautiful women.”

After Moxley gave his sound advice, he and Paquette began answering the fan’s questions. Despite most of the questions revolving around fan’s love and relationship dilemmas, one person specifically asked the couple if there was a defining moment that led them towards getting married. Neither Paquette nor Moxley could pinpoint when exactly they knew they wanted to officially settle down.

“Not in particular, really,” Moxley answered. “All that magical stuff is in the movies, man. It ain’t real. When it’s right, it’s right. Like, we were married the moment we met each other, basically.”

Paquette agreed with Moxley’s response and added more insight towards that answer.

“I kind of feel the same way, actually,” Renee Paquette responded. “I actually had a friend ask me that the other day. They were like, ‘How did you guys get together, or like what makes you guys click?’ I don’t really have an answer. It just is.”

Later in the interview, Paquette’s producer/co-host, Emilio Sparks, came on the show as an emcee when Renee and Moxley played a game called “How Well Do You Know Your Partner?” While some of the questions asked were comical, one question, in particular, stumped the two when they were asked who was the first one to say, ‘I love you.”

“It was Jon, 100 percent,” Paquette shouted. “I feel like when you said it, it wasn’t like this big moment like, ‘I need to tell you [whispers] that I love you.’ It wasn’t a moment like that; he was like, ‘You know I love you, right?’ It was phrased like a question. It wasn’t like a roses laid out kind of moment; it just kind of, like, happened.”

Before closing out the show, Paquette wanted to leave fans with a tender impression of Moxley by telling a story about their first intimate encounter. She says he was quite the gentleman that night.

“We were in Orlando together, and he was very sweet; he had all of the drinks I liked and snacks that I liked. But we stayed in this hotel room, and we stayed up and talked all night,” Paquette recalled. “Like, we were chatting like total buddies. It got to the point where someone had to make a move. Then, we’ve been together ever since then.”

Of course, Moxley had to add some dirty humor to it.

“Under normal circumstances, I would be trying to get to that as soon as possible,” Moxley joked. “But time was flying by because we were hanging out. Before I knew it, I was like, ‘Oh, s–t, I almost forgot to have sex with you. It’s 4 AM. We’ve got to get this done immediately!”

You can listen to Jon Moxley’s full interview here. If you use any of the quotes in this article, please credit Oral Sessions w/Renée Paquette with a h/t to Wrestling Inc. for the transcription.