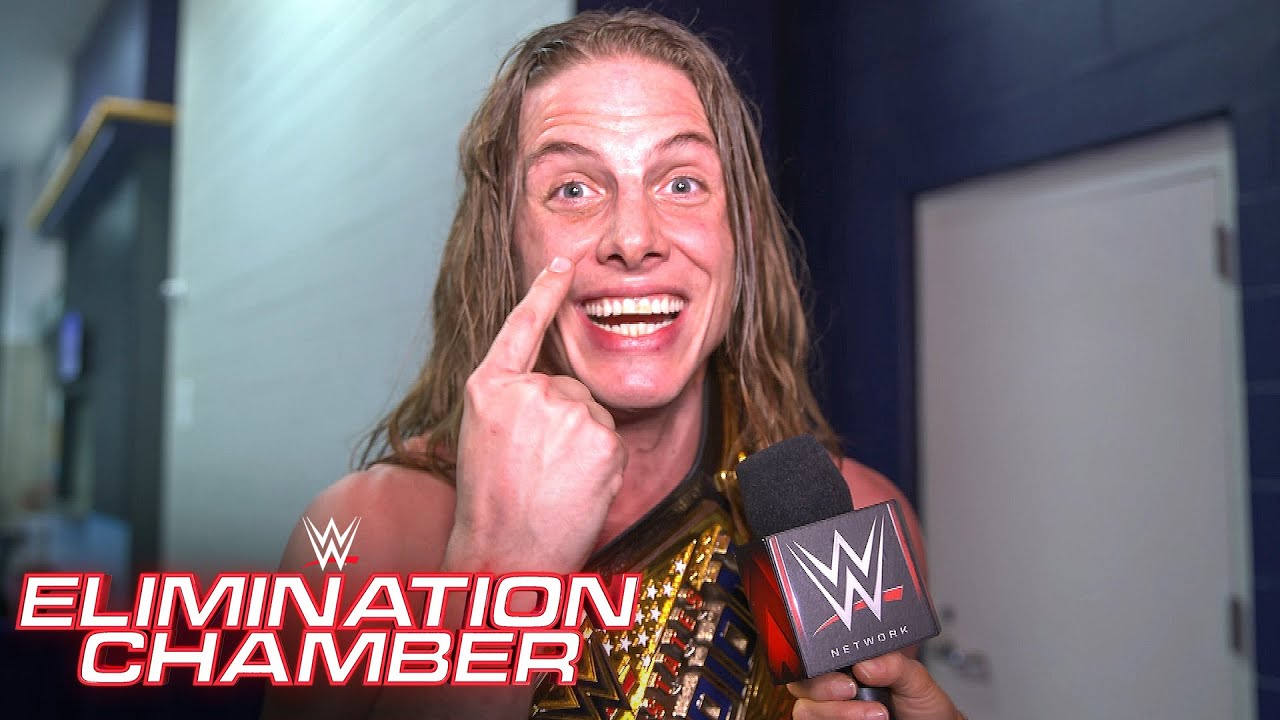 After a triumphant victory over Bobby Lashley and John Morrison last Sunday at the Elimination Chamber, Riddle surprised the fans and himself when he became the WWE United States Champion. With this being his first main roster title, the “Orginal Bro” has so many ideas in store on how he’s going to defend it.

This week on WWE’s The Bump, the panel asked Riddle if he has any challengers in mind, specifically at WrestleMania, which is less than two months away. Riddle doesn’t want to jump the gun yet on who he wants as his challenger. Right now, he just wants to ride this championship high before his big match on “The Grandest Stage.”

“So far, the rides going good. It’s almost been a whole week of me being champion,” Riddle said with a grin. “I don’t know who I would defend the championship against at WrestleMania – if I keep holding the championship till then. I mean, I’ve got some ideas on who I want to defend it against, especially after that Royal Rumble match. There were a few people I got to lock horns with that I could see myself going toe-to-toe against for this championship.”

Last summer, Riddle and Timothy Thatcher made history in NXT by being in the first-ever Fight Pit Match in company history. Although he fell short to Thatcher, Bobby Lashley took notice of Riddle’s hard fight in the match and issued a future Fight Pit Match with him. Since taking the title off of Lashley just three days ago, Riddle would love nothing more than to settle the score in this type of matchup with the former champion.

“You know, the idea of a Fight Pit with Bobby Lashley is what it’s all about,” he replied. “I don’t know if the cage could contain me and Bobby. I think that match one day down the road is just money.”

Panelist Evan T. Mack asked Riddle if he’d ever be up to having an Open Challenge Match each week, similar to what John Cena did with the exact title years before. Riddle was all in favor of doing something similar. He would like for fans and colleagues to take him more seriously, and he believes something like this would help promote that goal.

“I love it! It’s what I want,” he answered. “I think this past Monday was a perfect example…granted, I didn’t defend the title, it was just a match, but I would have been more than happy to defend the title against Morrison. I would love to do something like that.

“It’s not to elevate this title; the title has already been elevated. Bobby Lashley had it [and] John Cena had it. It’s already a stacked title. This title is going to elevate me on matches that I need to be in so people can see me in a different light.”

You can watch Riddle’s full interview here. If you use any of the quotes in this article, please credit WWE’s The Bump with a h/t to Wrestling Inc. for the transcription.