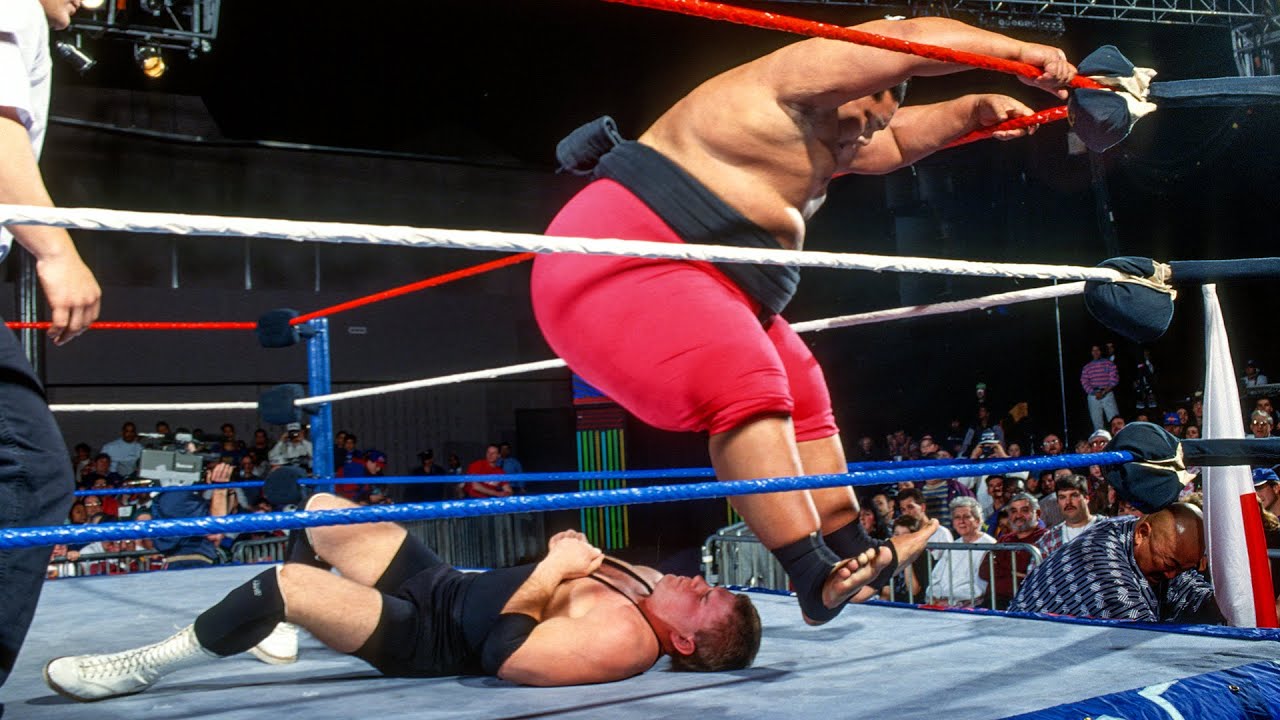 Despite being apart of one of the most successful bloodlines in wrestling history, the Fatu family had many financial struggles as the grew up in the industry.

While many of the Anoa’is and Fatus had made their way to WWF television, it wasn’t until Yokozuna became a main event player that the family started seeing big money. Yokozuna’s top-billed programs earned him top dollar, but according to his family, he made sure his wealth was shared.

Speaking on the WWE Icons docuseries premiere, Rikishi said Yokozuna always took care of his family before anything else.

Yokozuna’s family could not repay the former WWF Champion with cash, but they always made sure to show their appreciation. Rikishi’s son, Jey Uso, recalled how well his family would treat Yokozuna whenever he came around.

“He would come over to the house, my dad would always be like, ‘Hey Uncle Rodney’s (Yokozuna) coming through, you know, make sure you make his bed,” Jey Uso said. “‘Always bring him coffee.’ That’s a hundred dollars. Hey, he would give us a hundred.”

Rikishi and Yokozuna were in the WWF at the same time, but were earning very different salaries. The former Intercontinental Champion talked of how hard times would get for his family, but through it all, Yoko was there for him.

“Back in the day when I was a Headshrinker, Yoko was making a lot of money,” Rikishi said. “And we were kind of doing so so. I just moved into this home, pretty much dumped everything I had into this home. And I needed heat in my home. I had no money and uh, Rodney. He gave me a blank check and he signed it, and I came home and put a new system in the home. My family and the kids, we had heat, and a house. And he was around, you know, when times are hard for me.

“He was a brother that I could truly call a brother, an Uso, that during the times when I needed help, that Rodney Anoa’i, not Yokozuna, Rodney Anoa’i was there for Junior Fatu.”

The WWE Icons docuseries on Yokozuna is now available on the WWE Network.

If you use any of the quotes in this article, please credit WWE Icons with a h/t to Wrestling Inc. for the transcription.