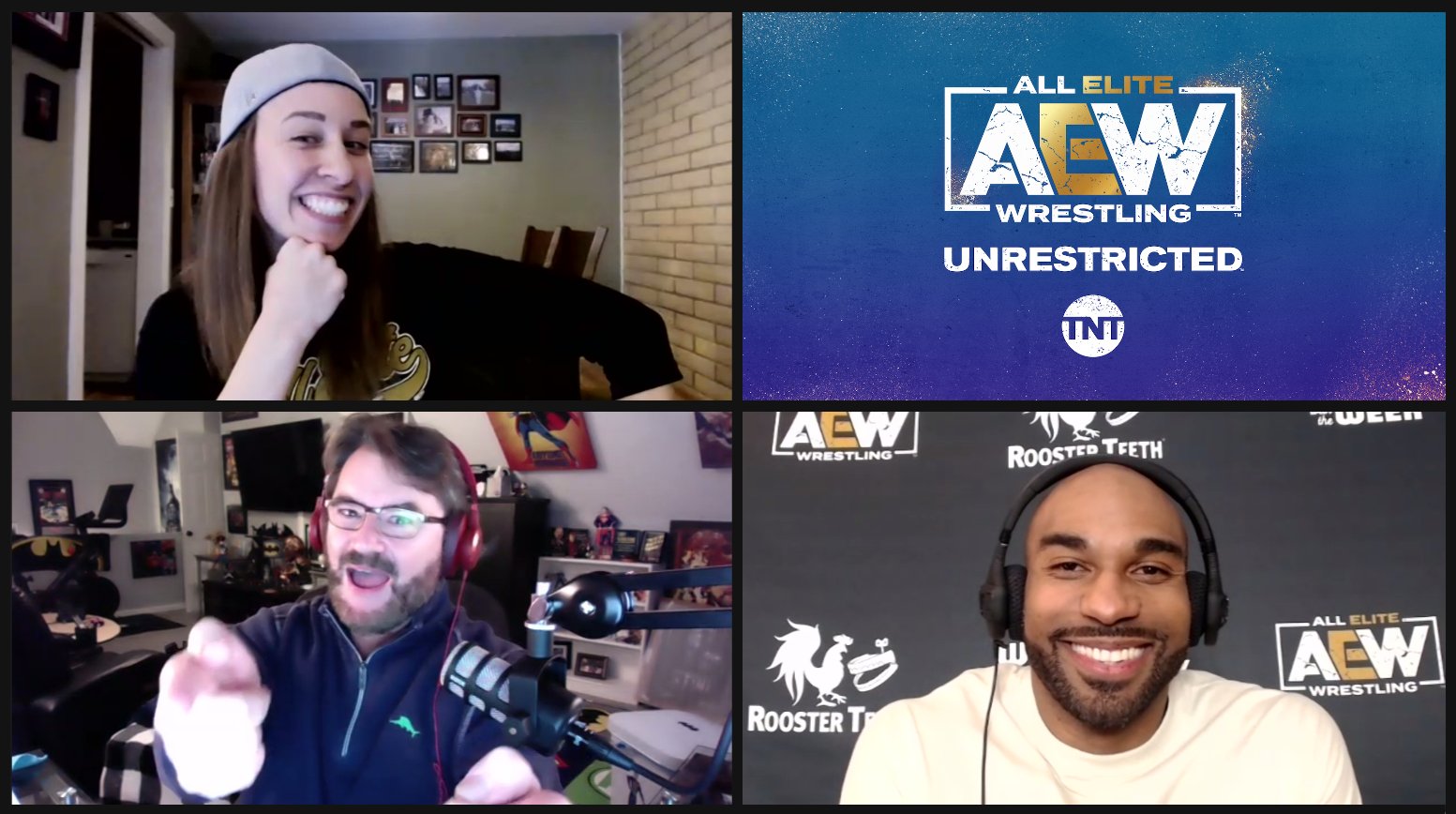 On a recent episode of the AEW Unrestricted podcast, Aubrey Edwards and Tony Schiavone sat down with Scorpio Sky of SCU. Later in the podcast, they took questions from fans, and one fan asked Sky about his moment in Philadelphia where he wrestled with one shoe after Christopher Daniels was taken out.

“It’s funny because Philadelphia always seems to be a special town, I guess, for everybody,” Sky noted. “When Frankie [Kazarian] and I won, actually going back before that, the match where I really sealed the deal and got my my deal with Ring of Honor took place in Philadelphia. That was kind of the match where everyone was like, okay, we need to keep this guy, and Nick Jackson getting on the mic and demanding them sign me was a little bit of help.

“Right after our match, he’s like, ‘You guys got to sign this guy!’ Then Frankie and I won the Tag Team Championship in ROH in Philly. I’ve had several matches in Philly that were special and then that match obviously stands out above all of them. Again, in the moment, I didn’t even know it was going to be a special match. I was actually upset because the finish got messed up in the match, and so I went to the back.

“I was on cloud zero. I was just like, ‘Ah, man.’ I completely forgot all about the throwing the shoe in the crowd. They throw it back and all that sort of thing, I was just like, ‘Ugh, I can’t believe it. Everything was going so well,’ but now, I look back at it as a professional, and you could see that I was upset after that. I shouldn’t have shown it. I shouldn’t have shown my cards but whatever live and learn.”

Sky also discussed how he got to know Daniels and Kazarian. He also revealed how SCU came together as a trio.

“I’ve known Christopher Daniels and Frankie Kazarian my entire career,” Sky said. “They were SoCal guys, obviously, and when you were in the wrestling scene in Southern California and you were coming up, you always looked at Frankie Kazarian and Christopher Daniels and you thought, okay, those are the guys I want to be. It’s weird. It’s like a bubble out here where you just kind of get overlooked by the rest of the world strangely enough, and so those were the two guys or two of the guys that broke out. And they were in Impact and different companies, and people knew who they were. And so you’d look and you say, okay, I want to be like those guys.

“Fortunately, I was able to meet them in Pro Wrestling Guerrilla very early in my career, probably a year or two in, and they were just always really nice and helpful to me. When I tried to work for Impact years later, again, they were really helpful. They carried it over to Ring of Honor as well, and so once I started working with Ring of Honor, they just kind of took me under their wing. And I was riding with them anyway, and I found out they wanted a third guy because they wanted to form a trio and go after the ROH Six-Man Tag Team Championships.

“It was like, well you’re a SoCal guy. You’re riding with us. It makes a lot of sense. We’re all very similar. Why don’t we do it, and I thought it was a great idea. I was very much on board with it, to be able to ride with those guys and learn from them. And I think it’s no coincidence that I have become the performer I am now that I’ve been under their wing, and they just make me better every day.”

SCU grew in popularity thanks in large part to their skits in Being The Elite especially their “This is the Worst Town” bits. Sky credited BTE for their success as well as his won success as well.

“It made SCU,” Sky stated. “The audience is so loyal. The people that watch Being The Elite every single week are so loyal. They really buy in on what you do. They love you. They support you. They buy your shirts. They come to meet and greets and meet you when those existed.

“I couldn’t be where I’m at today without Being The Elite, and that is a 100% shoot. That show made me. I was at a point before I started working with Ring of Honor and then doing Being The Elite where I was just basically ready to quit because it was just like, this isn’t working. I was working so hard, and it just wasn’t working.

“Fortunately, I got a break with Ring of Honor, and then to be on Being The Elite, that took me to the next level as well as Frank and Chris. Those guys were obviously, already legends, but Being The Elite kind of reinvigorated them as well, and it just made us all into the names we are and obviously, that leads to AEW.”