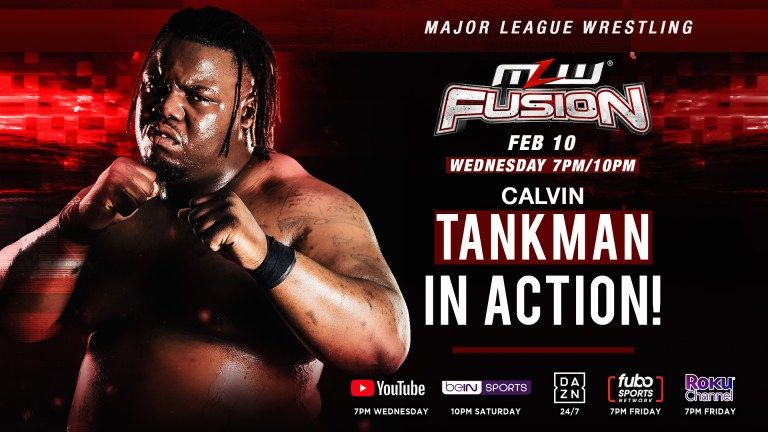 “Well, we’re in a pandemic, so it’s not like I can go out and party like I used to at the nightclub,” Lawlor pointed out. “So it’s been a little bit tougher. It’s seen its fair share of topless woman much like the Stanley Cup has, essentially, anything that you can assume the Stanley Cup has done.

“I’ve made sure in its 100 plus years of being out in the circuit, the Opera cup has been around for that long, but it’s been brought back to the forefront recently. And I made sure to get all whatever 100 plus years of partying the Stanley Cup has done in its history into the, what, six weeks that I’ve had the Opera Cup? So believe me, it’s seen some stuff.”

Lio Rush has been one the newer MLW talents that have made a name for themselves as he recently became a double champion. Lawlor named another new MLW talent that people should keep their eye on.

“There’s obviously Calvin Tankman, another guy you have to keep an eye on,” Lawlor pointed out. How can you not? He’s in plain sight and view at all times. I’m impressed by everybody who’s there. It’s kind of tough because I haven’t seen most of this action.

“It wasn’t a normal set of shows for MLW with all the stuff that’s going on, so, very tough to watch. I have the same opinion as everybody else. I don’t have any insider information. Jordan Oliver, Myron Reed, I’m impressed by all these guys.”

“Well, if I’m not filled up on Spam by the end of Filthy Island, I would love it to be a more regular thing,” Lawlor admitted. “Like I said, my biggest concern, my biggest hope, my biggest short-term goal is to get as many people to watch this as possible. Hopefully, it leads to more in the future.”

Lawlor’s full interview aired as part of a recent episode of our podcast, The Wrestling Inc. Daily. Subscribe to get the latest episodes as soon as it’s released Monday – Friday afternoon by clicking here. You can find the full audio, as well as the video from Nick’s interview with Lawlor, below.