Bayley Reveals Vince McMahon’s Reaction After She Cut Her Hair 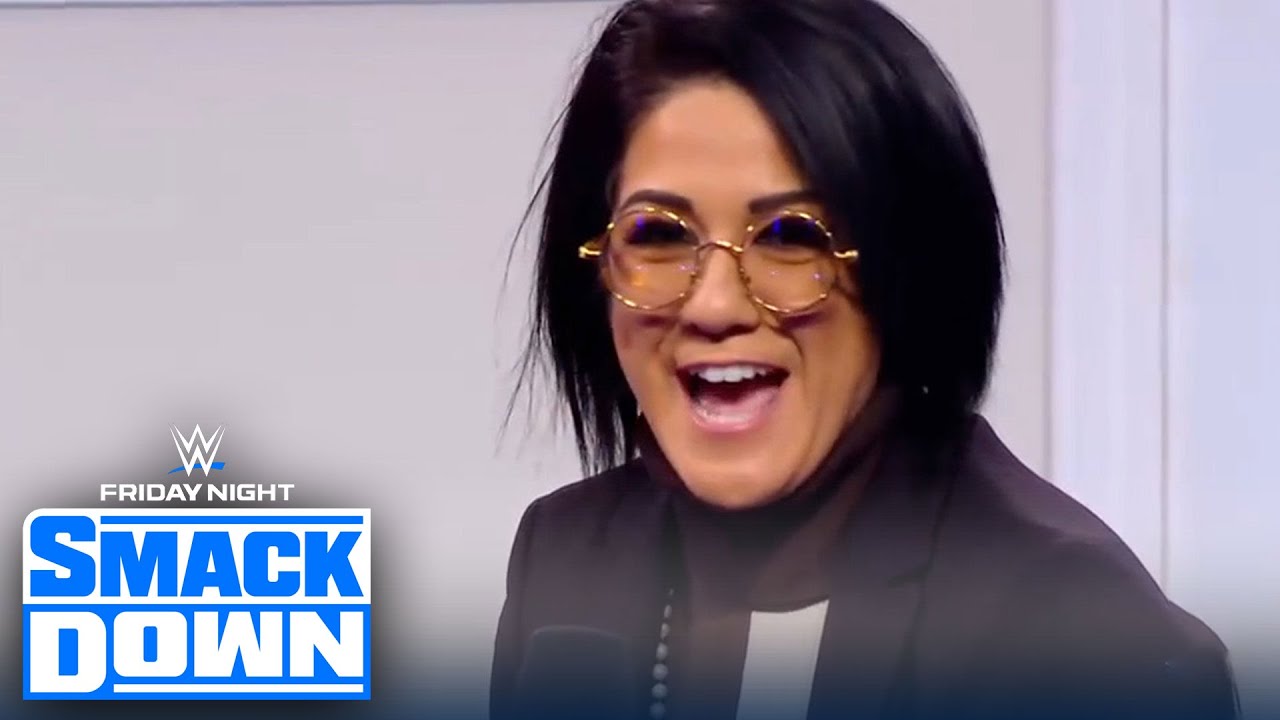 With the worldwide pandemic limiting all forms of entertainment, WWE’s “Role Model” Bayley has kept fans everywhere at bay with her comedy skits both in and out of the ring. Just two months ago, the Grand Slam Champion debuted her “Ding Dong! Hello” talk show on SmackDown, which has brought on tons of laughs and a more in-depth look at Bayley’s heel persona. This week, Bayley spoke with Renee Paquette on Oral Sessions about how her self-proclaimed show began and what direction she envisioned for it.

“One time, they just text me a couple of days before TV, and they were like, ‘Hey, we’re going to start this talk show for you,'” Bayley mentioned on how Ding Dong! Hello. came to be. “I’m going to have a talk show? Like, what, why? What am I going to talk about? It was not my idea at all. I just didn’t know why they wanted to do it, but I was like, all right, cool. They must think I’m entertaining, and they like how I talk now. I was nervous about it, but I also was excited.

In more detail, Bayley reveals why she wants her hosting persona to be different from her in-ring identity.

“I didn’t want to be like my in-ring character who has a talk show. That just felt weird to me,” she revealed. “I’m trying to grow my character a little different – a little insane and aggressive…I don’t know. I wanted to be a whole different character. I couldn’t tell if I wanted to be this talk show host that’s trying too hard or trying too hard to look the part, or do I just want to look ridiculous. Either way, I wanted to look stupid and funny and poke fun at the idea.”

Last October, Bayley turned heads when she not only dethroned the SmackDown Women’s Champion Charlotte Flair from her title reign but also when she revealed a new look. With the iconic ponytail gone, the former champion made sure to dispose of any trace of her Hugger gimmick. One true supporter of her Hugger character, Dusty Rhodes, might not be too keen on her new look, according to her.

“First, I think he would be so upset cause he’s the one who told me at my first match to put…I took my ponytail out,” she began. “I was wrestling [Alicia] Fox, and it was my first time debuting the character, and I took my ponytail out when I got in the ring cause I figured there’s no way they’ll let me wear this. Dusty yelled at me when I came back, ‘Don’t ever take the ponytail down.’ I was like, ‘Ok.’ So, I never did again. So, I think he would be a little disappointed or sad, maybe?

Another prominent person Bayley was afraid to show her new haircut to was the CEO himself, Vince McMahon. She recalls what a relief it was when he approved her latest transformation.

“He was in the production office, and I walked in. [I go], ‘All right, Vince. Here I am.’ He kind of just stared at me for a second. And then I spun around to make sure he knows that I cut my hair. I did this awkward spin, and he goes, ‘[It] looks awesome!'”