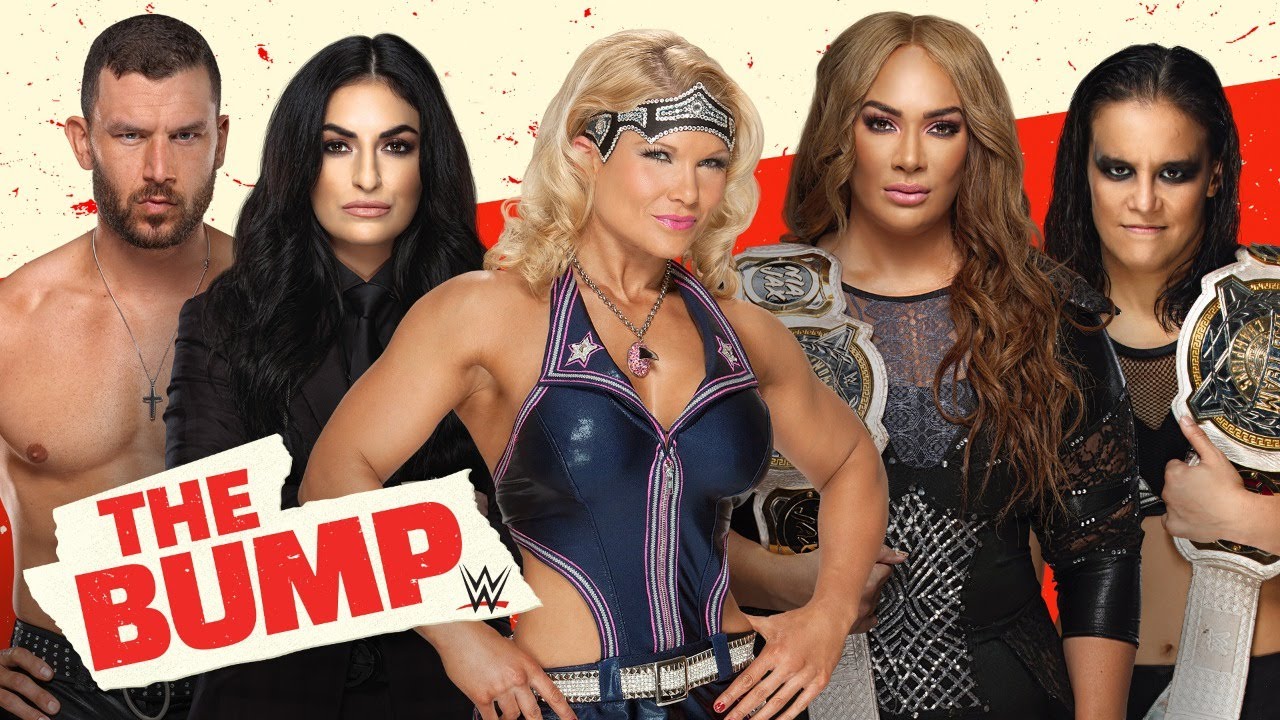 This week on WWE’s The Bump, Hall of Famer and current NXT commentator Beth Phoenix came on to discuss her takes on the buzzworthy matches that have been made this week for WrestleMania 37, which include her husband Edge challenging Roman Reigns for the Universal Championship and Bianca Belair squaring off against Sasha Banks for the SmackDown Women’s Championship.

But before they discussed these upcoming matches, the panel wanted to know how Phoenix found out Edge was going to come in at the end of Reigns’ match with Daniel Bryan at Elimination Chamber last Sunday and enforce his shot for the title. It’s worth mentioning that Phoenix and Edge’s big moments have been communicated through Post-it Notes lately. Sadly, Phoenix says she never got a note from the “Rated R Superstar” about his surprising arrival last Sunday.

“I didn’t even get a note that time,” Beth Phoneix said with a chuckle. “So, I’m guessing that there is one written, but I just haven’t found it yet. I will say this: If there are levels of trolling, my husband is like at the expert, master level. But he only trolls me. It keeps our relationship exciting.”

Although she already has her pick on who will win the Universal Championship, she is excited to see how this storyline will play out, especially now that Daniel Bryan or Jey Uso might be in the mix.

“I feel like the cool thing with Roman Reigns and Edge facing each other at WrestleMania is that I’m not sure which way this is going to go,” she admitted. “Spear versus spear; but also have two of the most savage human beings on the microphone that I have ever heard. I feel like we’re going to hear some vitriol on the mic like we’ve never heard before. I’m just excited to watch this play out.”

Phoenix also discussed Belair/Banks’ historically set match. Phoenix says she would be extremely disappointed if this matchup doesn’t end up as one of the main events.

“A dream matchup! This matchup up could go either way,” she began. “Sasha Banks had arguable not only the greatest year of her career in 2020 but maybe of any Superstar on the brand. Then, you bring up Bianca Belair, who is just on the cusp of breaking through to being this dominant athlete across all brands. I’ve been saying it for a long time, but everyone sees something in her. She is such an intelligent young lady and a role model. I would love to see her finally get her shining moment. I don’t see that being anything else other than a main event.”

Phoenix admitted how touching it is that many women look up to her and her career, especially since March is Women’s History Month. She is thrilled to see what other glass ceilings will be shattered not only in sports but outside of it.

“It’s humbling and touching, but I also have this understanding that I’m standing on the shoulders of the women that came before me,” she noted. “The glass ceilings are not only cracking, but they’re shattering everywhere we look, especially in sports. I’m happy to be a small part of that. I think we’re heading in the right direction.”

You can watch Beth Phoenix’s full interview here. If you use any of the quotes in this article, please credit WWE’s The Bump with a h/t to Wrestling Inc. for the transcription.