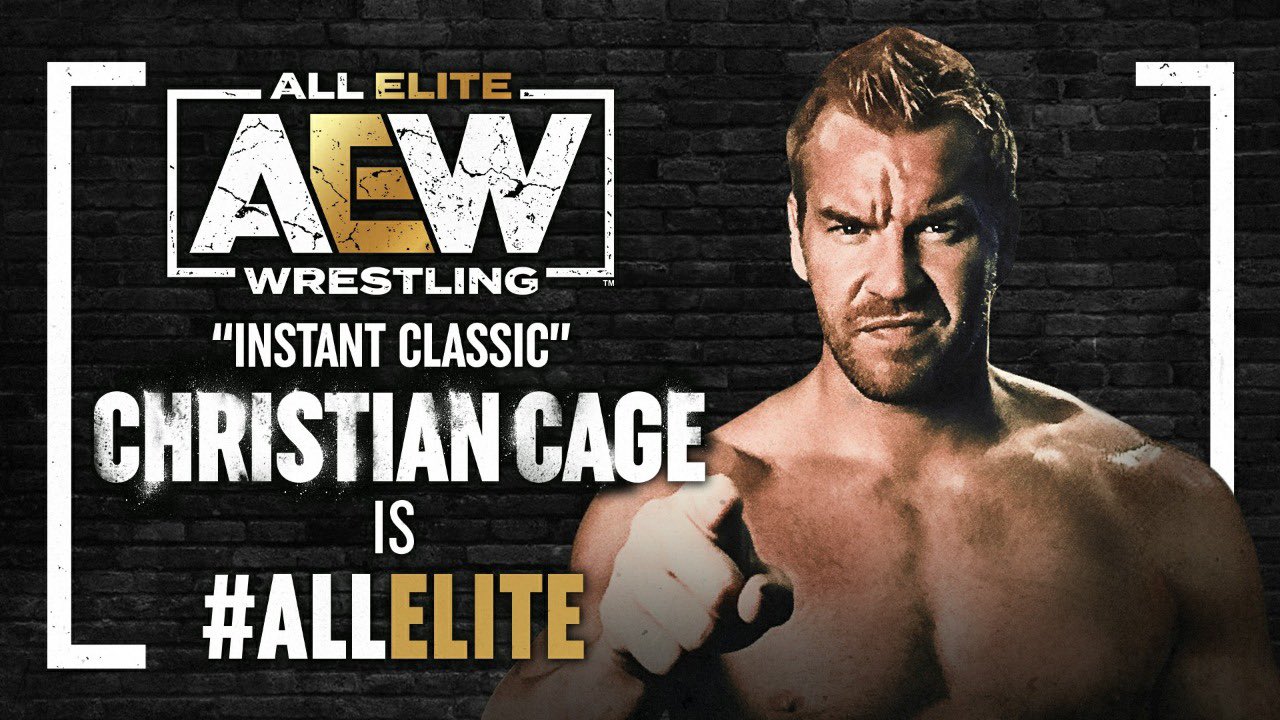 At tonight’s AEW Revolution, it was revealed Christian Cage has signed with AEW. Cage made his way out to the ring with his contract, signed it, and left the contract in the ring.

He then revealed his new shirt, “Out. Work. Everyone.”

Cage had worked this year’s WWE Royal Rumble earlier this year, his first official match since 2014.

Below are highlights from the segment: