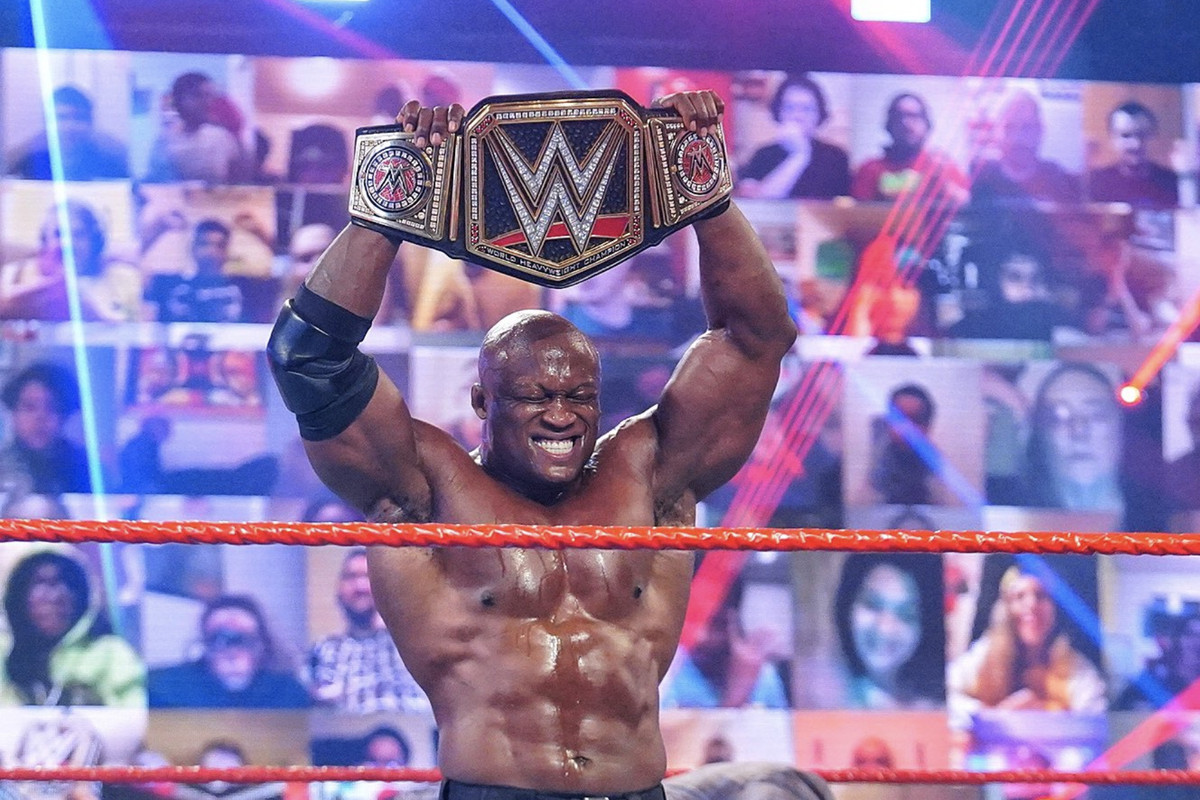 Since aligning with MVP and forming The Hurt Business, Lashley has seen a a career resurgence.

After reigning as WWE United States Champion for numerous months, Lashley finally captured the WWE Championship for the first time this past Monday on RAW. The Destroyer defeated The Miz for the WWE Title  in a Lumberjack Match, tapping out the A-Lister in mere minutes.

Speaking to Sports Illustrated, Lashley emphasized how special it was to win the big one while surrounded by his stablemates and peers.

“Seeing so many people ringside—like Ricochet, Elias and Braun—that meant a lot,” says Lashley. “I’ve shared moments with all of them. Sharing it with Shelton, Cedric and MVP, that’s very meaningful, too. I’ve had so many calls and messages—I heard from my college wrestling coach, my high school wrestling coach, even people I trained with in Japan. It’s been amazing.”

After winning the title, the conversation immediately turned to what this means for Lashley at WrestleMania. Rumors have the WWE Champion putting his title on the line against Drew McIntyre, who lost the title to The Miz at WWE Elimination Chamber.

Lashley and McIntyre are no strangers inside the squared circle. The two had a heavyweight title feud in Impact Wrestling, and even faced off this past summer at WWE Backlash.

If the two do indeed renew their rivalry at the Showcase of the Immortals, Lashley is confident that himself and the Scottish Warrior will steal the show.

“If I fight Drew at WrestleMania, then damn right, we’re going to kill it,” says Lashley. “That’s the match I need to prove the type of champion I will be. We won’t be pulling punches, we’ll be going all out. Give us the chance, it will be everything and more.”