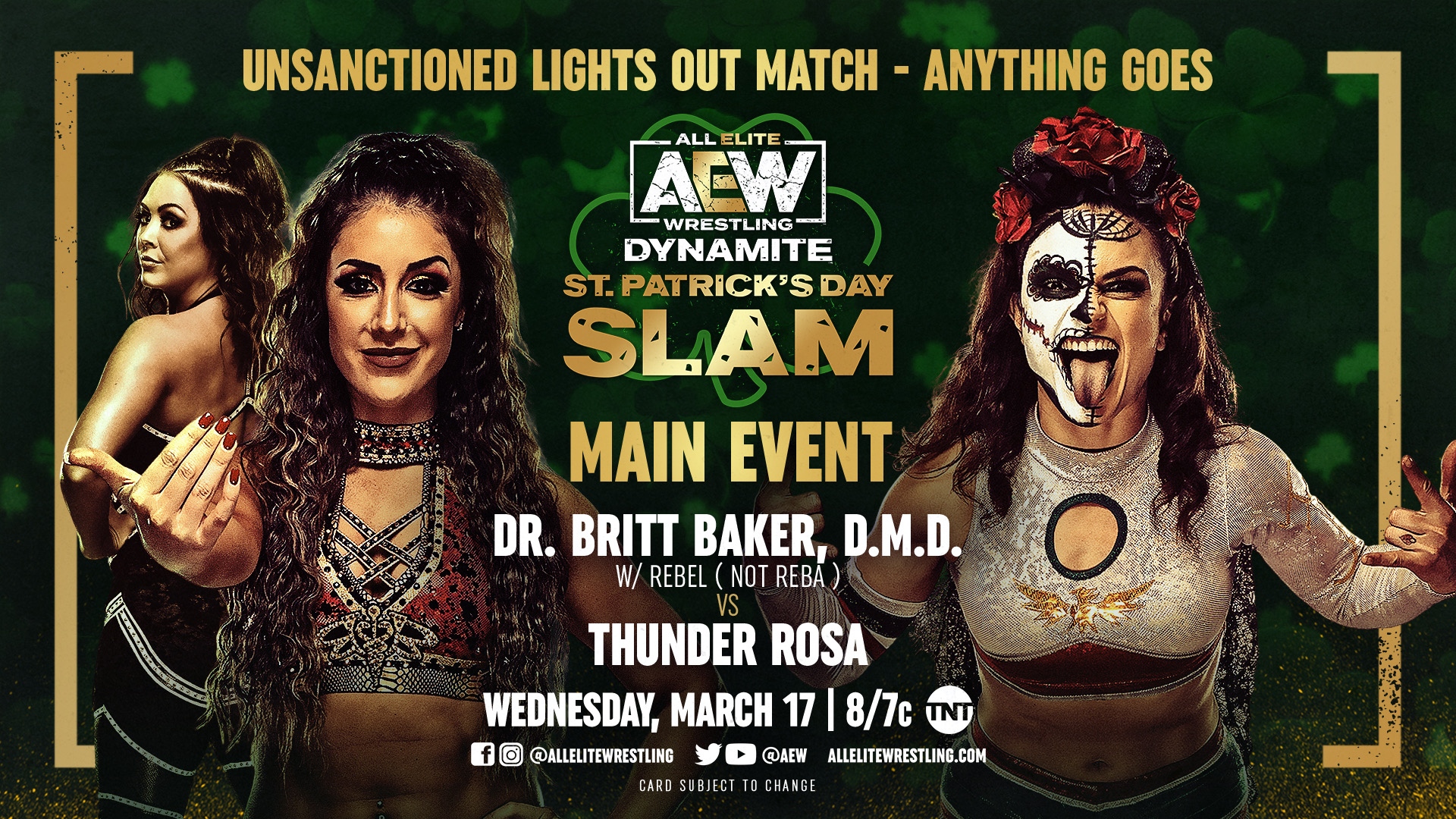 Baker and Rosa, who have been feuding for months, will further their rivalry in an Unsanctioned Lights Out Match to close out AEW’s flagship show on TNT.

In a recent interview, Baker told Justin Barrasso of Sports Illustrated that she and Rosa plan to deliver a match that will be remembered for a long time.

“We’re writing the history books instead of reading them,” said Baker. “There is only one chance at having the first-ever women’s main event, and I get to be part of it. This is a match you’re going to remember for a long time.”

Baker said she’s not surprised to be among the first two women to headline an AEW show.

“I truly believe I am the biggest star of the women’s division,” she stressed. “This is a show that has the likes of Jon Moxley, Cody Rhodes, Matt Hardy, Penta and Eddie Kingston, and I’m the main event. Part of me can’t believe this is happening, while the other half is saying, damn right, it’s happening.”

When asked why people should watch this week’s Dynamite, Baker credited the talents of her opponent and said the two women are going to “add a lot of respect” to the AEW women’s division.

Baker added, “We both have a different vision of who is pioneering this women’s division. Someone has to win; someone has to lose, but it’s going to be a fight. I promise this is going to be a can’t-miss main event match that people will be talking about for years.”

It was announced Tuesday that Cody Rhodes vs. Penta El Zero M will open Dynamite. You can Click Here to see the updated line-up for St. Patrick’s Day Slam.

This will be a pure knock-down, drag-out fight!
It's Dr. @RealBrittBaker D.M.D. vs. @thunderrosa22 in an UNSANCTIONED LIGHTS OUT MATCH – ANYTHING GOES!
Watch #AEWDynamite St. Patrick's Day Slam TOMORROW NIGHT on @TNTDrama at 8/7c pic.twitter.com/nPLol2wwa8