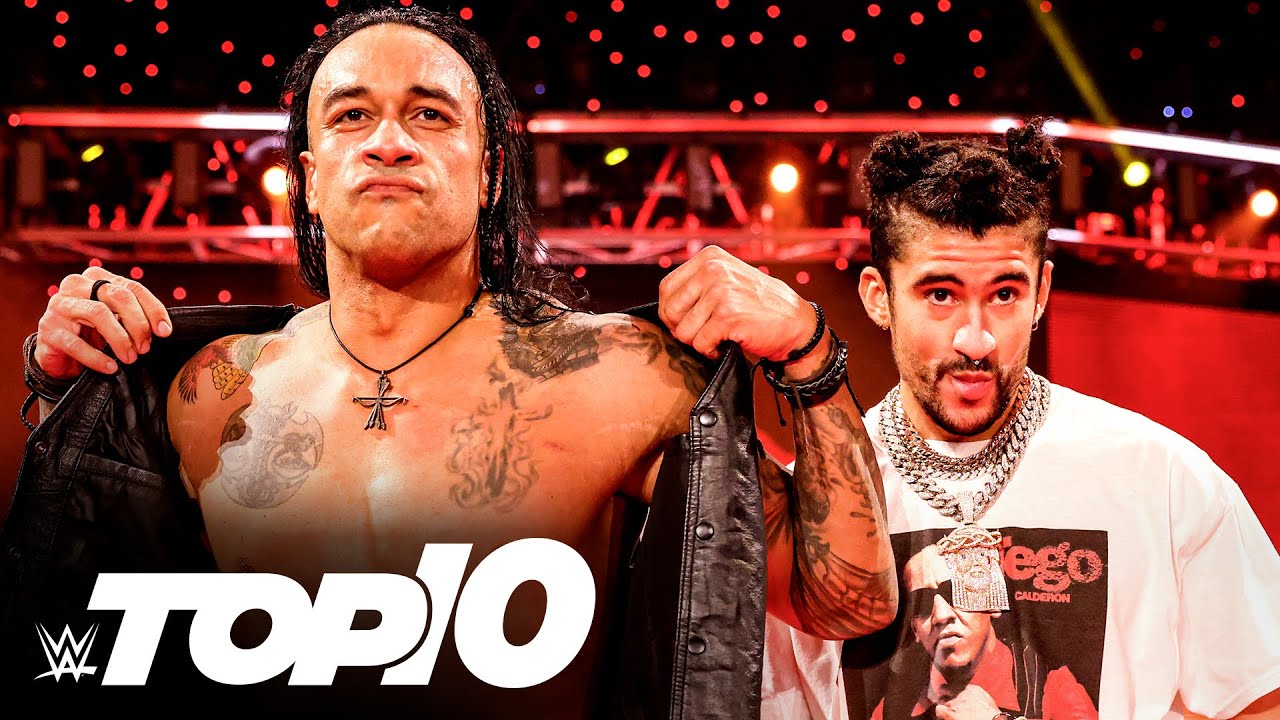 Since their alliance began, Damian Priest has been having fun with Bad Bunny on Monday Night RAW. This week, Priest came on WWE’s The Bump to talk about what it is about their partnership that he enjoys the most.

“As much as I’m humbled and grateful for all of this stuff, it’s super cool to see somebody else experiencing the same thing,” Damian Priest mentioned. “He’s having a blast, and he’s having fun. He is doing something that he loves. He’s loved this business since he was a kid. So, I get to see this first hand. Being able to kind of guide him and help him through is like a double dose of enjoyment.”

Now that The Miz is without the WWE Championship, Priest would like to pick up where they both left off once The Miz is ready to compete in non-title matches again. Priest thinks that he and Bad Bunny can make a mockery out of the former champion and John Morrison.

“Man, those guys. They’re so loveable, huh? he jokingly asked. “What I see coming out of it is basically what’s been happening. I mean, Bunny and I clowning them. What else can I say?

“Look, when I came in, I knew I was going to have people coming after me. I’m the new toy that’s getting attention, so the other ones that are not are going to get upset. Then, bring in Bad Bunny, you know, and its two guys loving life right now, are having a blast and being successful, I knew I was going to have some haters coming from somebody who says that he loves to hate haters is kind of surprising. So, we’re just going to keep doing what we do. We are going to keep enjoying life, and if it’s at the expense of Miz and Morrison, then so be it.”

With WrestleMania 37 just 30 days away, “The Archer of Infamy” is ready to take his entrance up a notch on “The Grandest Stage Of Them All.” His goal is to go all out on his entrance and make it one that will be talked about for years to come. “So anybody who knows me knows I take my entrances pretty serious. Yeah, I’ve thought about that since I was 12,” he revealed. “So, I’m all for doing something special. Obviously, every opportunity I’ve had, I’ve gotten a very special entrance. I try to take full advantage of it. I love the spectacle of the entrance and just heighten up everybody before the bell rings.

“As we’re getting closer, I would love to know exactly in what fashion I’m going to be part of WrestleMania. Like for me, I just want to be part of it to just have a moment. I want to have that moment that people remember and that people talk about the next day, that next year, and it lives on. Maybe the moment is my entrance. Whatever it is I do, I’m going to try to do it the biggest possible way.”

Regardless if he is or isn’t on the WrestleMania card, Priest hopes he and Bad Bunny can celebrate with the fans both at the Raymond James Stadium and those watching from home and make it a two-night event that they’ll never forget.

“You know, right now, there’s nothing specific because I don’t know,” he replied on a potential WrestleMania match. “Do I want to be in the main event in a title match? Of course!

“But right now, I get that things are starting to fall into place. So for me, being that I’m hanging with Bad Bunny all the time anyway, for us to do something on the show together and to have a moment and love what we’re doing, that translates more, and people can enjoy us, you know? And that’s what I want; I basically want to have a party of a moment at WrestleMania that everybody’s talking about the next day.”

You can watch Damian Priest’s full interview here. If you use any of the quotes in this article, please credit WWE’s The Bump with a h/t to Wrestling Inc. for the transcription.

Previous
Adam Cole Wants To Face Edge “So, So, So, So Badly”
Next
Paul Wight Names WWE Hall Of Famer He Wants In AEW