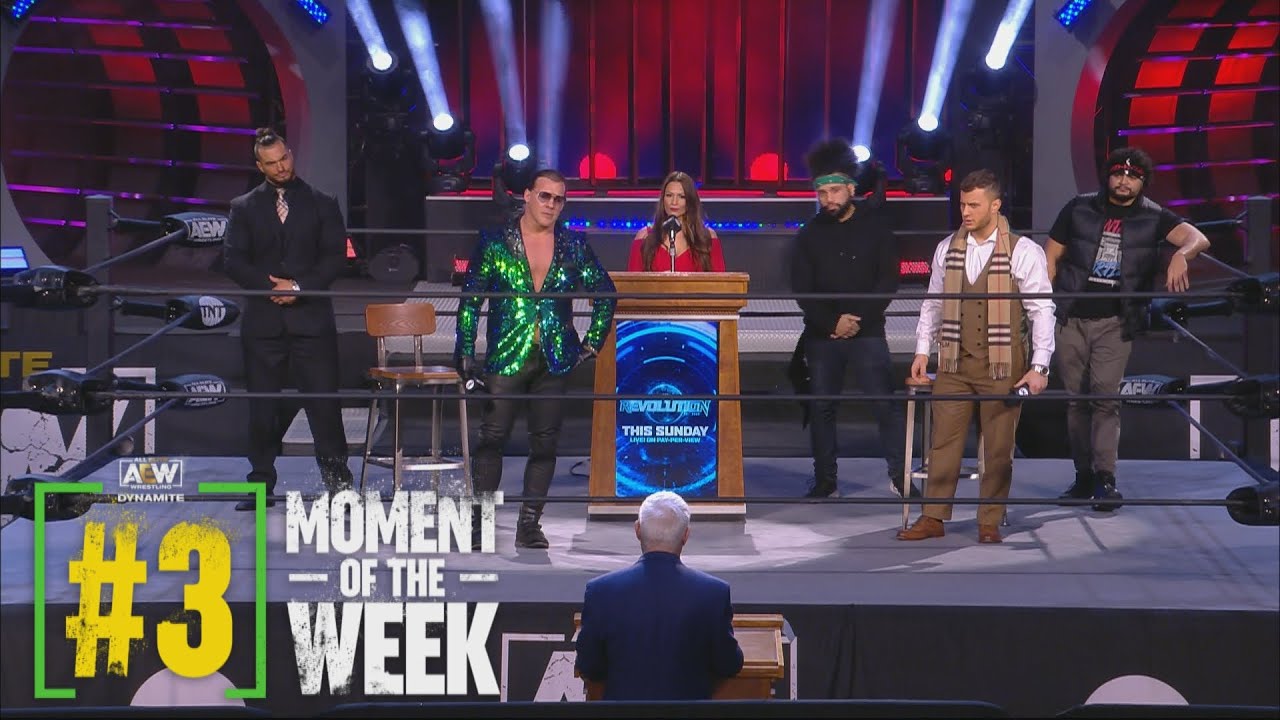 During the latest episode of the 83 Weeks Podcast, Eric Bischoff talked about his experience backstage at AEW Dynamite on March 4th.

Bischoff appeared on the show during the Inner Circle’s press conference along with his podcast co-host, Conrad Thompson. The former WCW President said he was surprised he got an invitation to AEW after being a little critical about the company, with comments like the “Wednesday Night Wars” aren’t a real wrestling war, and that AEW has “flatlined for over a year”. He also mentioned he was happy to learn that nobody has taken any of his criticisms to heart.

“I’m glad, I really had a great time,” Bischoff said. “Tony Khan and everybody at AEW, from Chris Harrington who sets up travel, to Chris Daniels who’s now getting involved in talent relations, everybody’s just so on top of their game. Friendly, the environment is so good, I really had a blast.

“I’m honest when people ask me certain things about whether it’s AEW or WWE, I’m not critical for the sake of being critical, depending who you are some may take that personally and clearly the folks over at AEW don’t and I think the same is true with WWE. It’s great to be honest and have fun with the product and be able to talk about the product without hurting anyones feelings. Everybody is a pro and that’s the way it should be.”

Another moment Bischoff experienced during his trip to AEW in Jacksonville was meeting up with J.J. Dillon at the hotel prior to the show. Over the years, Dillon and Bischoff have both been publicly critical of one another and Bischoff said for that one night, none of it mattered. He said he showed up to the hotel, saw Dillon at the bar and they shook hands and talked.

“45 seconds later we are taking pictures together and like an idiot I’m posting them on social media,” Bischoff said. “This is a good example of just you don’t have to hang onto baggage. I preach that all the time. It makes no sense to carry around resentment or baggage because that’s a lot of energy and emotion that gets you absolutely f***ing nothing. You can’t carry that stuff around, when JJ stuck his hand out it was like f*** it, let’s have a beer and enjoy our time together because we may not have this opportunity again.

“I may not get another invitation to come down to AEW, I may say something on this show that’s going to piss everybody off that makes them go f*** it, we’re never going to bring him back again. I understand that, to have that chance to sit down, bury the hatchet, didn’t draw blood, didn’t cost either one of us money, so let’s have fun. It was a special moment for me. This is just another step in the right direction of just getting rid of some of that baggage.”