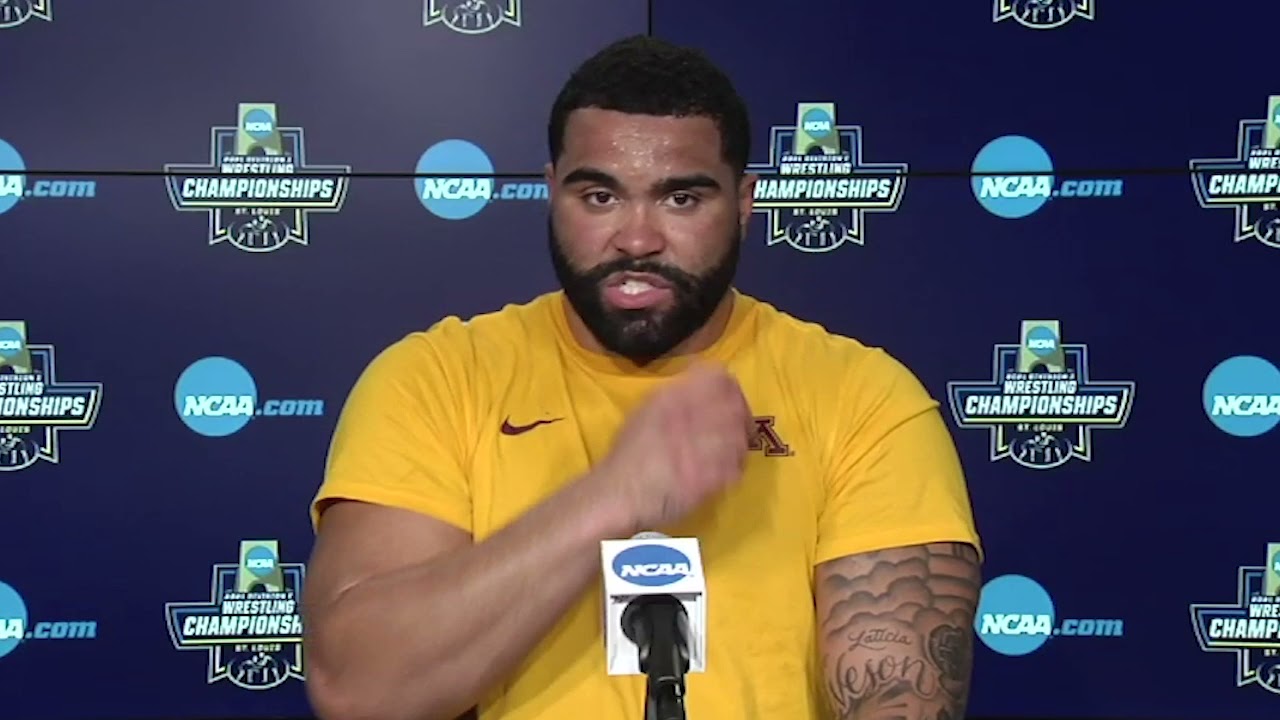 Gable Steveson, arguably the No. 1 collegiate wrestler in the world, has waved at Vince McMahon on Twitter a night after reaching the pinnacle of college wrestling.

On Saturday, the Minnesota Gophers junior captured the Heavyweight Title at the 2021 NCAA Championships with a 8-4 decision against No. 2 Mason Parris of Michigan. After his victory, Steveson celebrated with his trademark backflip on the mat.

As noted, Bobby Steveson, the brother of Gable, is presently training at the WWE Performance Center. Paul Heyman has already floated the possibility of Gable joining WWE. During a recent interview, Heyman said that collegiate athletes such as the Steveson brothers, Parker Boudreaux, and Bronson Rechsteiner could be future WrestleMania headliners.

As a collegiate wrestler, Steveson is now the reigning NCAA Division I National Champion, a two-time Big Ten Conference champion [three-time finalist] and a two–time All-American out of the University of Minnesota. He was also an outstanding high school wrestler, as a four-time MSHSL champion [five-time finalist].