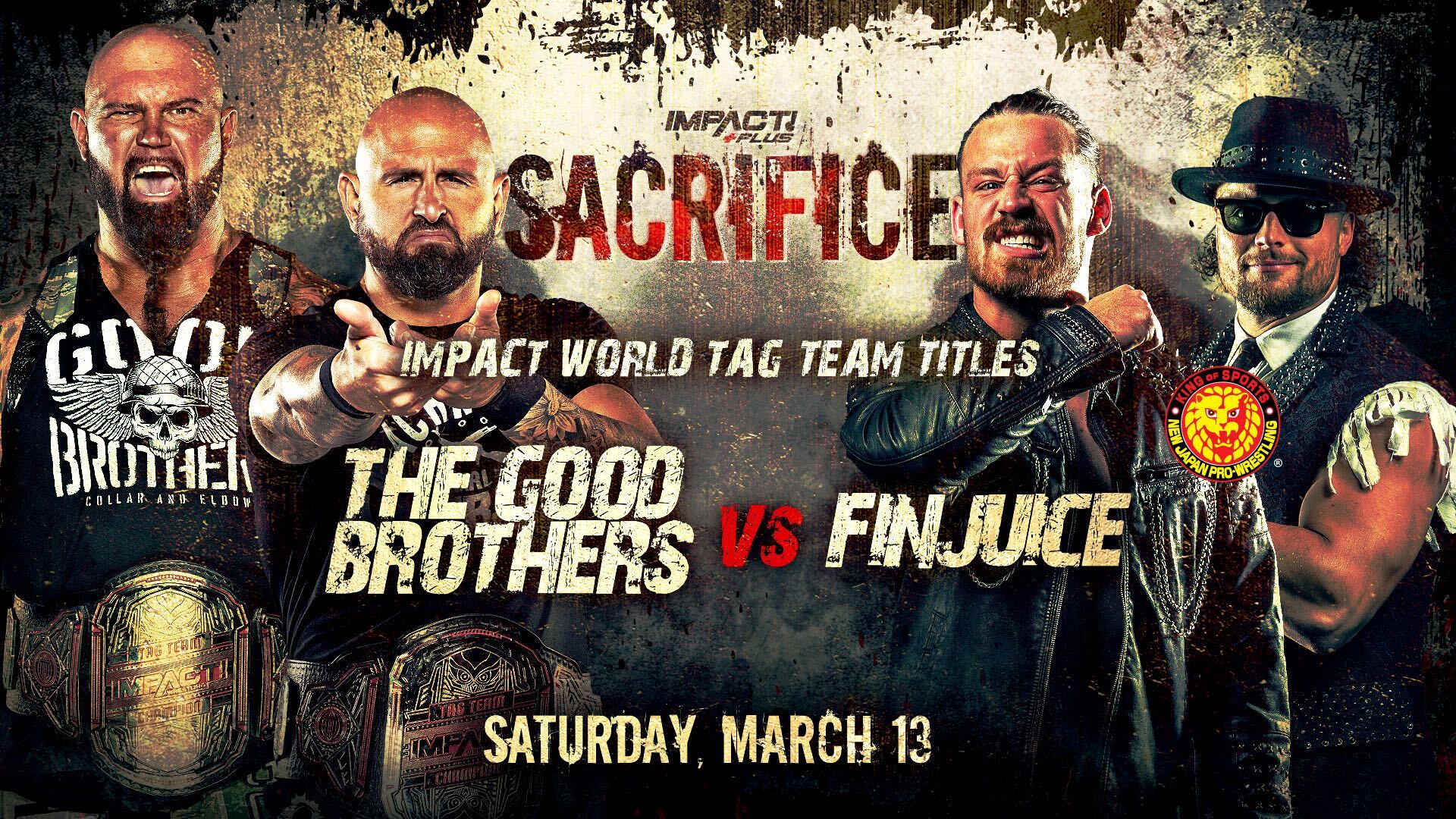 On tonight’s episode of Impact Wrestling, it was announced that The Good Brothers (Doc Gallows and Karl Anderson) will be defending the Impact World Tag Team Championships against NJPW’s FinJuice (David Finlay and Juice Robinson) at Impact’s upcoming event, Sacrifice.

Last month at No Surrender, The Good Brothers defended the titles against AEW’s Private Party.

Sacrifice is set to take place on Saturday, March 13, exclusively on Impact Plus.

Below is the updated card for Sacrifice:

The Good Brothers (c) vs. FinJuice

BREAKING: The Good Brothers will defend the IMPACT World Tag Team Titles against @njpwglobal‘s @THEdavidfinlay and Juice Robinson on Saturday, March 13th at #Sacrifice on @IMPACTPlusApp!

Previous
Mustafa Ali Reveals He’s Been Wrestling With A Torn PCL
Next
Cody On Shaq: “I Don’t Think Shaq Has Anything In The Tank”