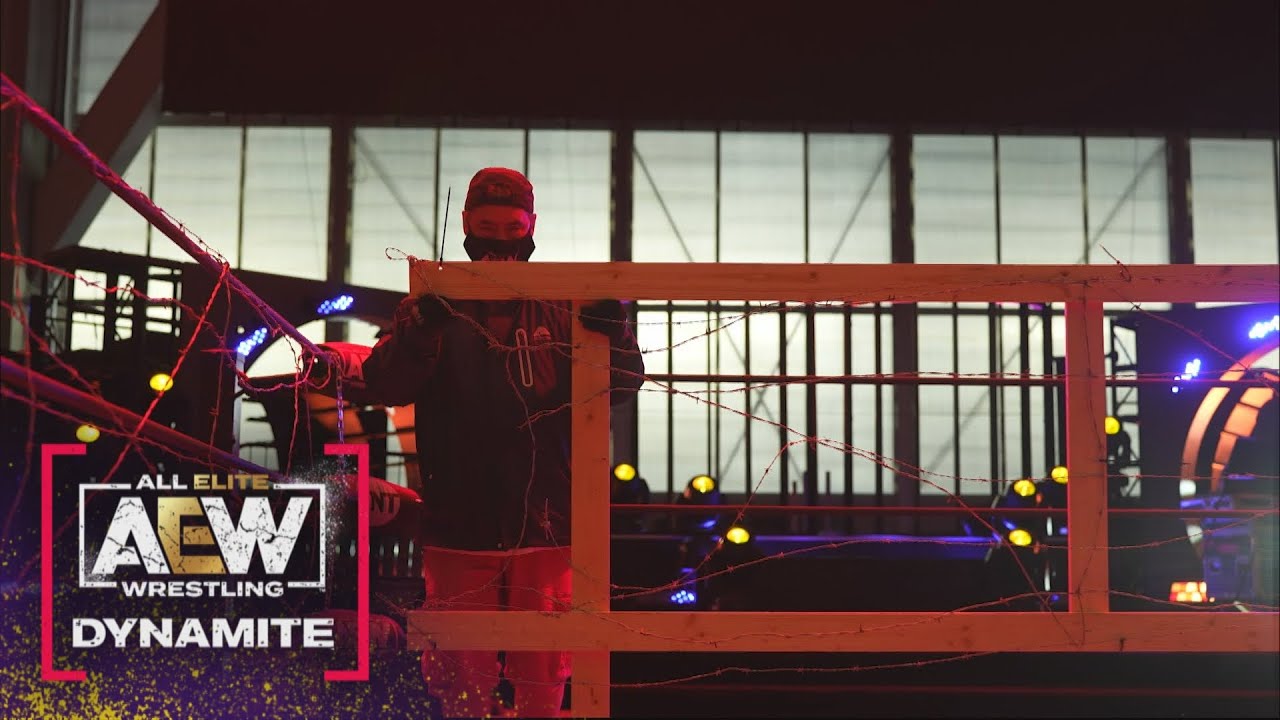 At Full Gear in 2019, Jon Moxley and Kenny Omega squared off in a brutal, unsanctioned lights out match in which Moxley was victorious. That match featured glass, chains, a screwdriver, barbed wire and a host of other weapons.

Apparently that level of violence wasn’t enough for the two as at AEW Revolution they will face off in an exploding barbed wire deathmatch for Omega’s World Championship. The Moxley-Omega feud may be the best in AEW history and Moxley was asked if the two of them are the best in the business in an interview with DAZN.

“To answer your question very simply and expediently, yes. But I’m not, especially in something like wrestling; it’s not like hockey where if you win a Stanley Cup, you’re the best hockey team. In wrestling, that’s not necessarily the case. It’s different,” said Moxley.

“You can be one of the best. The most important thing is how do you say who’s better: Shawn Michaels or Ric Flair? You can’t pick. If your favorite wrestler growing up when you were a kid was Big Van Vader or Ahmed Johnson, then they’re the best wrestler in the world to you. It doesn’t matter. It doesn’t matter who drew more money or who had people think had better matches. The most important thing is you just got to be the best you.

Moxley notoriously had creative differences while in WWE as Dean Ambrose but that doesn’t appear to be the case with AEW. He says they give him free reign to do just about anything which allows for the best and most authentic version of himself for the AEW fans.

“There are some things you can’t do on regular television, but that’s about it. As long as I’m not going out there swearing or whipping my d–  out, I can pretty much do whatever I want creatively,” stated Moxley. “I wouldn’t need to anyway. You’re getting the best version of Kenny Omega, the best version of Jon Moxley on a weekly basis on Dynamite. I don’t think anybody’s doing it at a higher level than me and Kenny are right now. We’re both in our prime, both at our peak, both just really hitting on all cylinders.

“We’re in a position with AEW where we just get to go out there, be given the ball, and get a chance to score touchdowns on a weekly basis. Nobody’s doing it at a higher level than us two right now.”