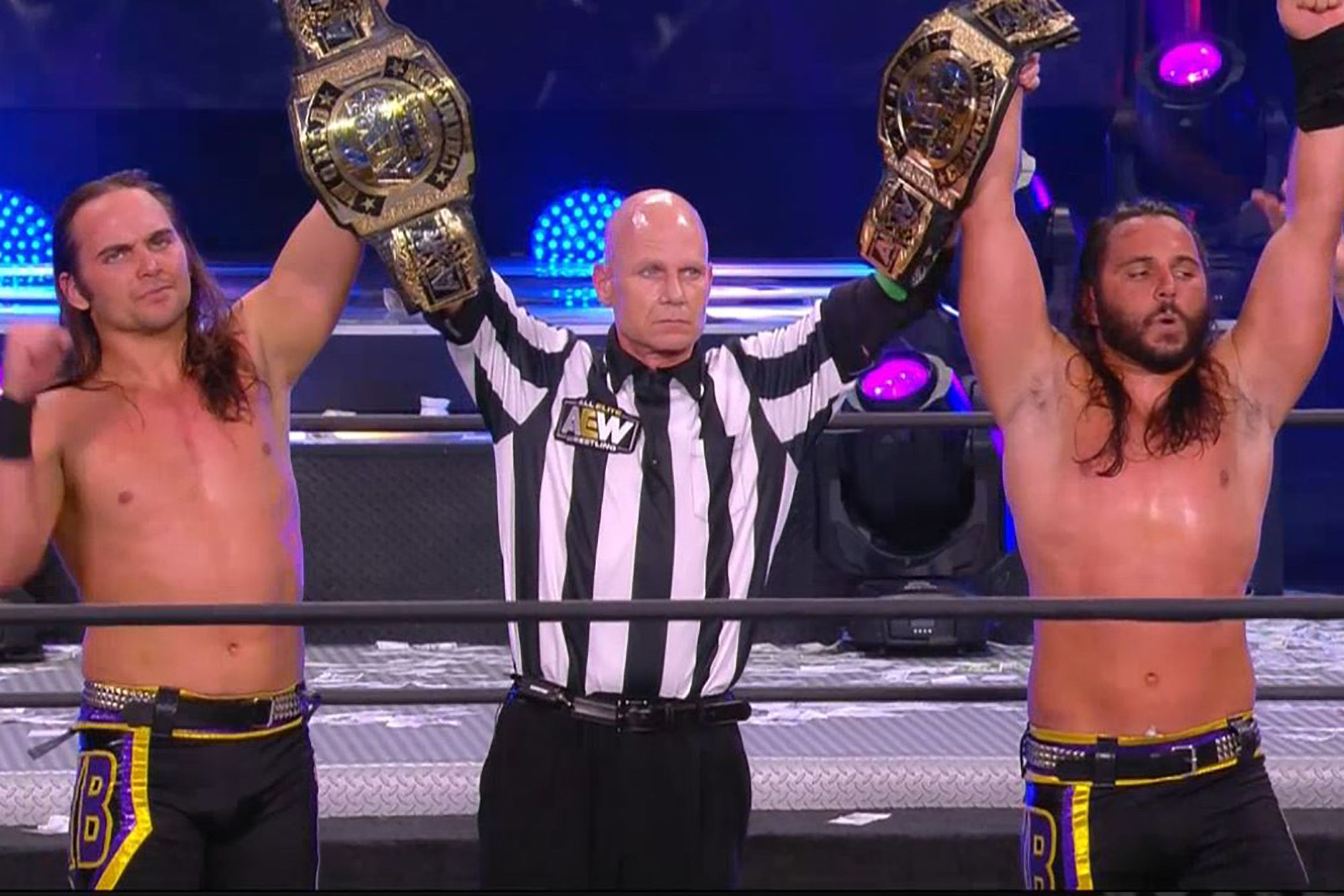 Matt Jackson of the Young Bucks referenced WWE in a promo tonight on AEW Dynamite.

During a segment with the Inner Circle, the AEW Tag Team Champions taunted their upcoming challengers, MJF and Chris Jericho. Speaking directly to the latter, Matt taunted Y2J and laid claim to his relevancy.

“And Chris, let’s be honest man. What would you be doing if there was no AEW?” Matt asked. “Oh, I know. You’d probably be jerking the curtain tonight at the Performance Center.”

Wrestling fans will recognize the Performance Center as WWE’s training facility, and the home of weekly NXT TV. While the yellow brand currently airs opposite AEW on Wednesday nights, rumors have circled about NXT moving to Tuesdays after WrestleMania.

MJF and Chris Jericho will challenge the Young Bucks for the AEW Tag Team Titles this Sunday at AEW Revolution.

You can see the line below: