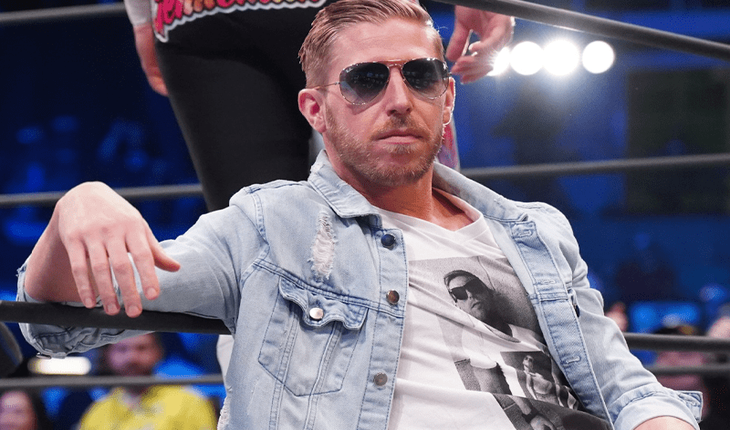 Orange Cassidy will now enter to “Where Is My Mind?” by The Pixies.

Cassidy previously used “Juicy” for his entrance music, a song developed and produced by All Elite Wrestling. OC will debut the new theme on Monday’s AEW Dark: Elevation. Cassidy is set to team up with Chuck Taylor against JD Drake and Ryan Nemeth.

Cassidy’s new music was praised by AEW founder Tony Khan. Khan mentioned he tried to get Jefferson Starship’s “Jane” for years, but is still happy with what is coming instead.

Freshly Squeezed’s new AEW theme marks the first time AEW has used licensed music for one of their wrestler’s entrances. Most wrestlers use music specifically composed for them, such as Kenny Omega’s “Battle Cry,” or music they used on the independent scene, like Cody Rhodes’s “Kingdom.” WWE have famously used licensed music in the past, such as Living Colour’s “Cult of Personality” for CM Punk or Joan Jett’s “Bad Reputation” for Ronda Rousey.

You can see fan footage from Cassidy’s new theme below:

OC came out to Where is my mind? By The Pixies pic.twitter.com/eaAM5K1nit