Ric Flair On What It Was Like To Party With Evolution 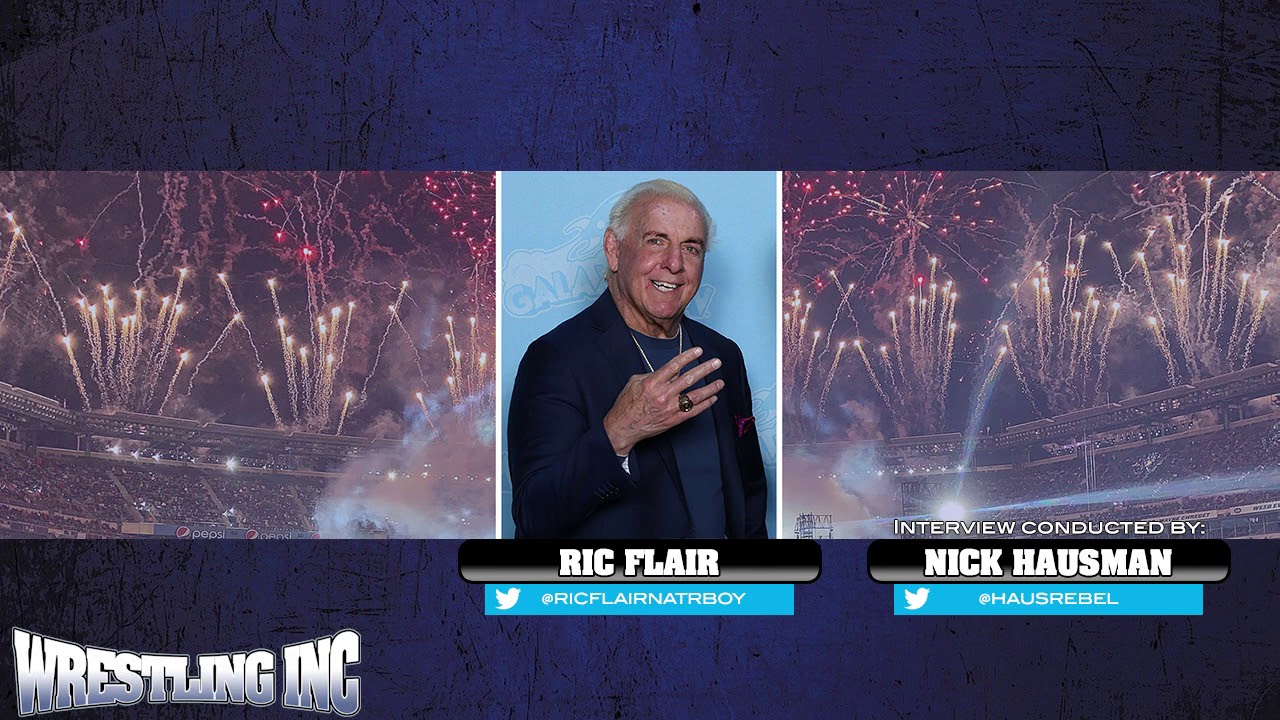 While most will remember Ric Flair’s early 2000s WWE run for his work with Evolution, the Nature Boy worked a memorable WrestleMania match against the Undertaker a few months before the legendary stable formed.

Speaking with Wrestling Inc. Managing Editor Nick Hausman on the Wrestling Inc. Daily, Flair says he felt the Deadman carried the load in their Mania bout.

Flair noted that that match had actually been on his mind recently, as he and Taker chatted about it not long after The Last Ride docuseries premiered. Flair detailed that their conversation eventually turned into how their mindsets were during that time.

“We discussed [the match recently] because after The Last Ride [docuseries], he talks a lot about his insecurities,” Flair said. “His were around his physical stuff. He had health problems, you know, bad bad and all that, which caused him to be insecure. Mine was all mental. We share that in common. Self-confidence, whether it’s your body holding up or your mind being able to do it and being able to perform at the level that everybody thinks you can, it doesn’t matter how many times Hunter would say to me, ‘Goddamnit, you’re Ric Flair. Go out there and just be yourself.’ It goes in one ear and out the other. You shake your head yes and you walk through the curtain and it’s just not there. I think that’s just due to being beaten down for so long. But I still really enjoyed the time [with Evolution], you know, they’re such great guys, Randy, Hunter, and Dave.”

Even though he was struggling with his confidence, Flair emphasized how great it was to work with Evolution. According to the 16-Time World Champion, he knew the group’s young guys were going to turn into big singles stars from the jump.

“I thought Randy was going to be a big star,” Flair said. “I thought Dave [Bautista] was too. Dave got held back by injuries, he got injured two or three times during that run. But when we were all together, I thought it was just a stellar look, you know, all wearing suits. They shot vignettes of us getting off helicopters and going to bars. It’s just what every marriage needs.”

Evolution were an on-screen group, but the stable was still close outside the ring. Flair mentioned that none of his stablemates possessed the same party boy lifestyle he had, but he would get them to come out every once in a while.

“Hunter doesn’t drink at all, so I’d drink and Hunter would eat a steak,” Flair said. “Randy doesn’t drink much at all, maybe a couple drinks. Dave, I would get to come out once in a while, but those guys were so attentive to their physiques. The drinking thing just was starting to wind down with the guys, and those guys put so much time in the gym. To look like that, you gotta work hard. The drinking wasn’t really a part of it. I got all of them to come out one night or another, but not Hunter. I’ve seen Hunter maybe have one glass of wine. Hunter would spend more money on food at the bar than I would spend on booze. The guy would eat six New York strip [steaks] a day, I’m telling ya!”

Visit RicFlairShop.com for all your official Ric Flair merchandise and gifts! You can follow Ric on Twitter @RicFlairNatrBoy. You can find the full audio from the second part of Flair’s interview via the embedded players below: