Former WWE Star Announced For NWA Back For The Attack 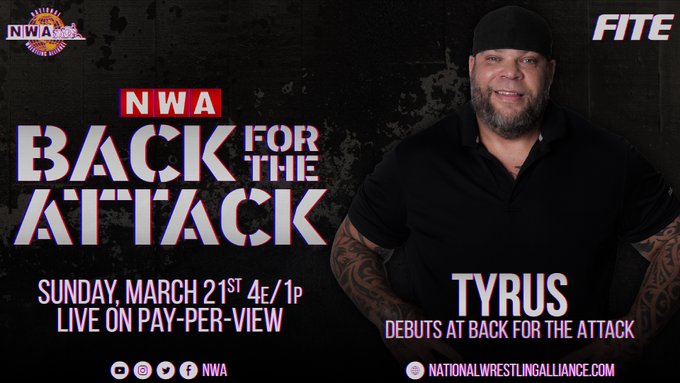 Tyrus is headed to the National Wrestling Alliance.

NWA announced today that he will make his debut at NWA’s return show, Back for the Attack. There is no word on who his opponent will be.

Tyrus is best known for his run with WWE, where he wrestled as Brodus Clay. After being released from the company in 2014, he competed on-and-off for Impact Wrestling from 2014 through 2018.

He last wrestled in January 2020 for the Miami based promotion Fighting Evolution Wrestling, after leaving Impact in 2018.

Tyrus has been a political commentator for various programs on Fox News Channel and Fox Nation. He was the co-host of Un-Pc alongside Britt McHenry, however was moved to his own show titled Nuff Said on Fox Nation after an apparent dispute with McHenry.

McHenry later sued Tyrus and FOX News for sexual harassment in December of 2019. A representative for FOX News told TMZ that they had investigated McHenry’s claims, and that they were confident that they would be dismissed.

NWA Back for the Attack will air on March 21 on FITE TV.

Previous
O’Shay Edwards On Coming Out As Bisexual, His Long-Term Plans In Ring Of Honor
Next
Backstage News On The WWE NXT Women’s Tag Team Titles