Tyson Kidd Discusses Why He Thinks Bret Hart Is “Underrated” 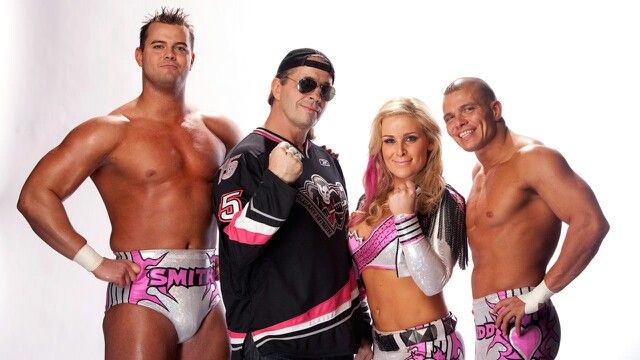 While it was lost for decades, the infamous Bret Hart vs. Tom Magee match resurfaced on the WWE Network special Holy Grail: The Search for WWE’s Most Infamous Lost Match in 2019. The dark match saw the Hitman carry a very green Magee, who was transitioning to the squared circle from the powerlifting world.

“Oh, man, how cool was that!” Kidd said. “People who know me know that I have a very good memory. Harry (Smith) also has a great memory, too. I don’t know why. I don’t know why the two of us have pretty great memory. But he remembers watching that at Bret’s house before, and so he kind of remembered – he remembered the finish. And then, when I saw the match, like when they showed it to me when I did that piece on social media whatever, WWE.com [or] wherever they posted it.

“I kind of remember watching at Bret’s house, like [a] kind of fuzzy, foggy memory. Man, it was very cool to watch your back and kind of see like the – what I thought was most cool was that like it lived up to the legend of like this pretty good match that if you later on – and I’m not trying to knock him – but if you watch other Tom Magee matches, they don’t look anything like that Tom Magee versus Bret match that we finally got to see. It holds up to the legend of like, Bret definitely did his part that night.”

Bret’s ability to get a strong match out of a wrestling rookie only added to the Hall of Famer’s resume. Kidd says the Hitman’s performance that night is another reason why he sees Bret as “underrated.”

“I’ve watched so many – I mean, I’ve watched a lot of his matches in realtime, and I’ve gone back and watch so many of Bret’s matches,” Kidd said. “Like I said, my travels much easier, so with this pandemic, I watched so many of his matches back. It just like, it’s unbelievable, man, his matches. I think he’s maybe even pretty underrated, which might be kind of a weird statement to make, but I think Brett might be fairly underrated.

“Oh, man and like the little things. Even like – you know, his promos obviously got better, but even his promos like still in 92, like at least they feel real. They felt real. And, I mean, 97, I don’t know what happened. All of a sudden, Bret, like he is really untouchable. He looked phenomenal, his work was just as great as ever, and his promos were insane.”