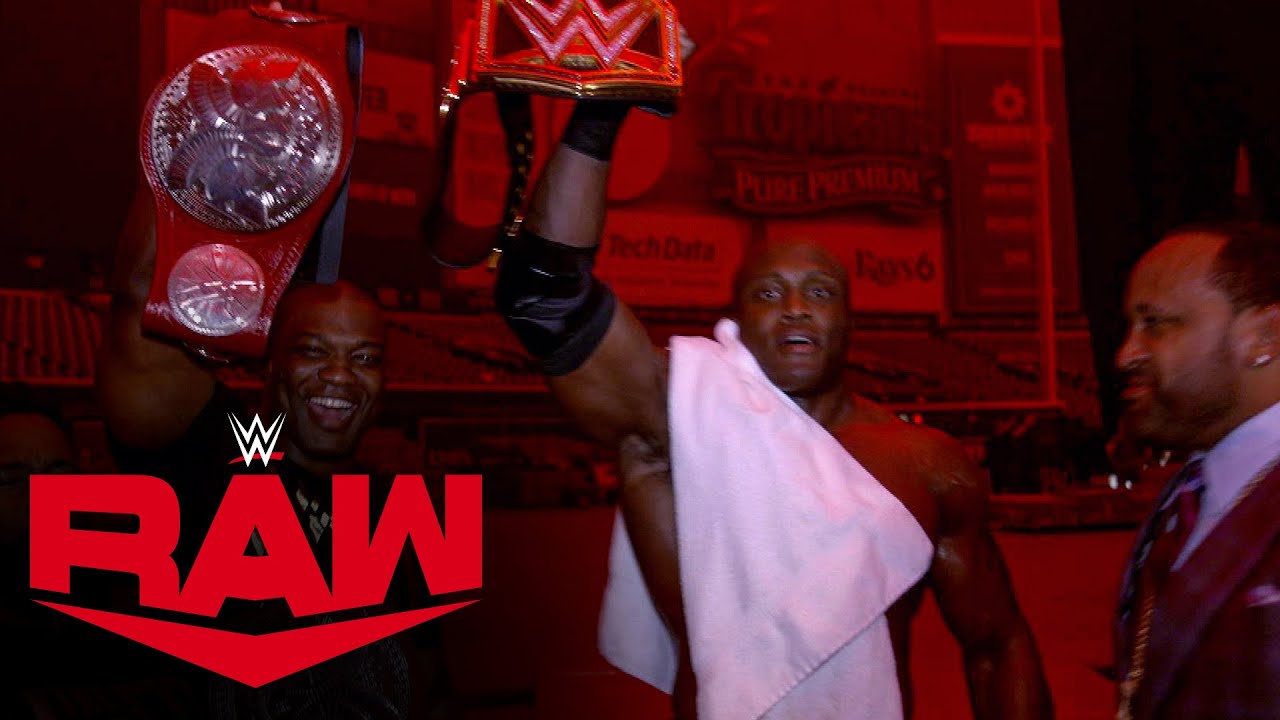 In a new video released by WWE, The Hurt Business can be seen celebrating Bobby Lashley’s WWE Championship victory after RAW went off the air.

The video shows MVP delivering a speech to Lashley, stating that the new WWE Champion never stopped believing in himself. “Lot of naysayers and disbelievers…the only thing that matters is you believed in you,” MVP told Lashley. “And now, nobody can take this moment from you, this is yours, forever and ever.”

The Hurt Business, established in May last year, has become a dominant force on the red brand. MVP pointed to Shelton Benjamin and Cedric Alexander being the RAW Tag Team Champions and said, “What a difference a year makes, huh?”

An emotional MVP then said, “I can’t even express how proud I am of all of you.”

Benjamin chimed in, “I have been in a great group before [Team Angle] and I’ve been in this position before, but this is special.”

The video ended with MVP stating that The Hurt Business will celebrate the occasion “by breaking out a 30-year-old Japanese Whiskey” that costs $5,000 a bottle.

See below to watch the celebration video: