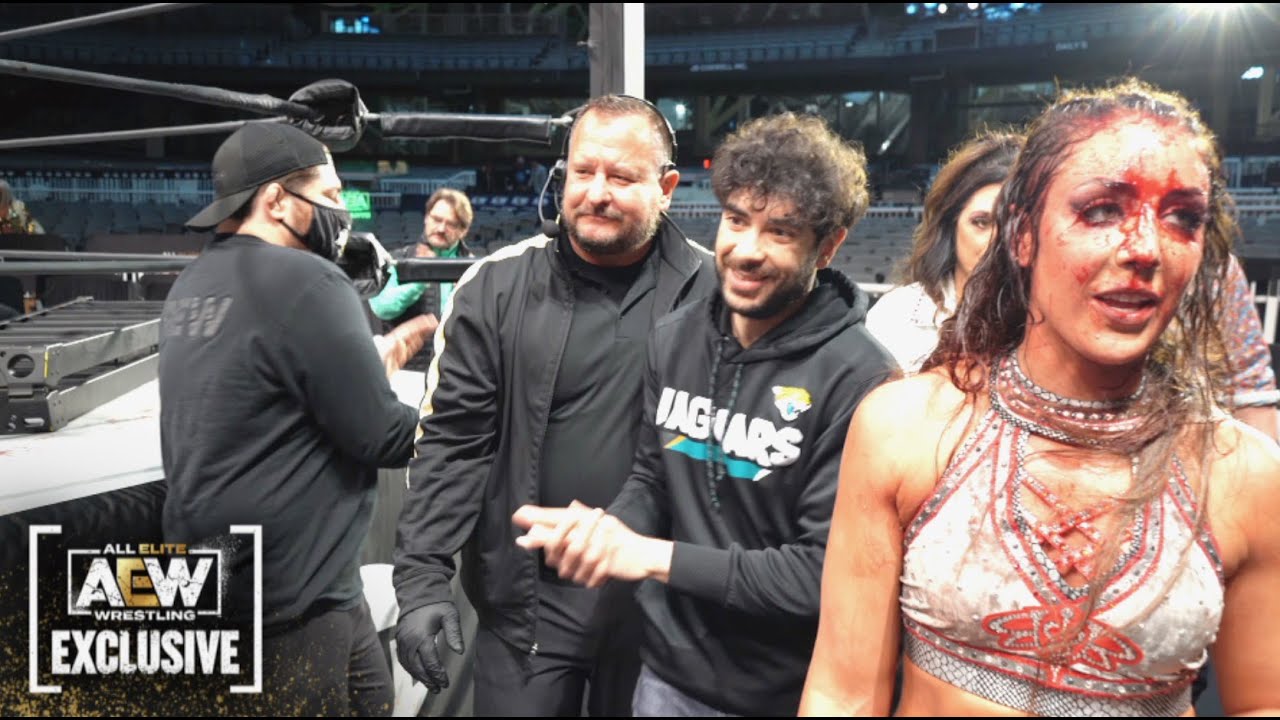 The AEW YouTube Channel has shared a new video which shows the fallout from the Unsanctioned Lights Out match between Thunder Rosa and Dr. Britt Baker.

In the video, AEW Chairman Tony Khan and AEW World Champion Kenny Omega can be seen congratulating a bloodied Baker as she leaves the ring and returns to the backstage area.

The video then shows the entire AEW locker room giving a standing ovation to Rosa followed by a backstage interview with Tony Schiavone.

A little later in the video, Baker can be seen getting treatment from medical personnel.