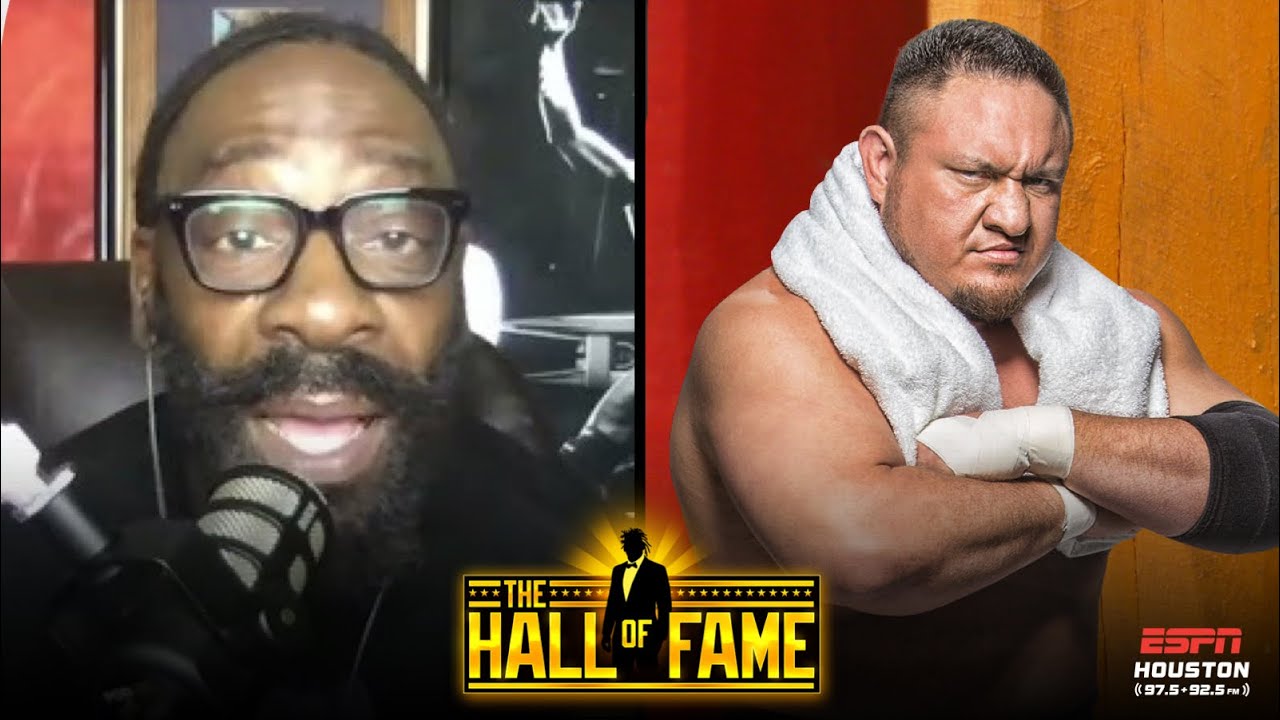 As previously reported, WWE released 10 talents last week – Samoa Joe, Peyton Royce, Mickie James, Mojo Rawley, Chelsea Green, Tucker, Wesley Blake, Billie Kay, Kalisto and Bo Dallas. Among those names, Samoa Joe was the most surprising to fans. Joe had not wrestled since February of 2020 after reportedly suffering multiple concussions in a short period, and instead had been doing commentary on Monday Night RAW.

Speaking on the Hall of Fame podcast, Booker T mentioned how shocked he was to see Samoa Joe get released by WWE. The two-time WWE Hall of Famer said he and Joe were a lot alike in that they were able to do whatever the company asked, whether it be wrestling or commentary. Booker noted that he expected Joe to be wrestling for the company soon.

“The one name that stuck out among most was Samoa Joe,” Booker said. “I always thought Joe was going to do that job but Joe is like me, he’s a utility guy. You need me over here, I’ll do that, you need me over there? I’ll do that and be content with actually doing that. Not be consumed with man, I got to get back in the ring, I’m missing the boat. I just did not see Joe as one of those guys.

“Am I surprised that Joe was on the list? I must say: 100% I am. I don’t know the ramifications of what happened but I do think that it’s a loss for the company. Joe is going to make a huge impact wherever he goes working for somebody else, that’s just the way I see it.”

Among the others who were let go by the company were The IIconics, Peyton Royce and Billie Kayy. Booker said he thought after the group broke up that Peyton was going to be a singles star, but that never worked out for her.

“I thought for a minute there it looked like they were getting ready to do something with Peyton Royce,” Booker said. “I don’t know, when they broke the tag team up, Peyton Royce didn’t look so special. Billie Kay stood out more than Peyton Royce and I thought Royce was the one that was going to go out and do some of the stuff I talk about. It seemed like as soon as the team broke up she just did not look like a superstar.”

If you use any of the quotes in this article, please credit Hall of Fame with a h/t to Wrestling Inc. for the transcription.