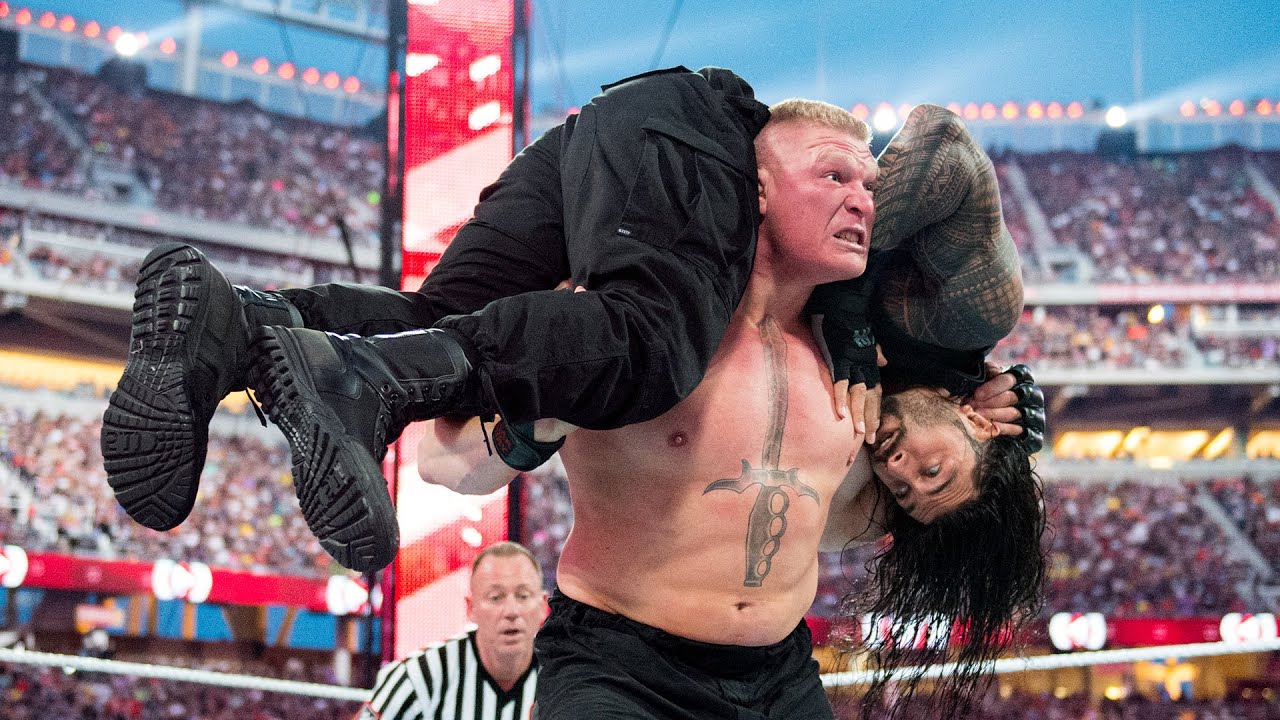 This week on WWE’s The Bump, WWE Hall of Famer Bubba Ray Dudley (Bully Ray) gave his take on this year’s WrestleMania. Panelist Kayla Braxton began the conversation by asking Dudley where he sees Edge going from here after coming up short against Roman Reigns and Daniel Bryan in the triple threat Universal Championship match, which saw Reigns retain his title.

“He continues to chase that championship,” Bubba Ray Dudley said sternly. “I know Roman pinned both guys, but it was Daniel Bryan on the bottom of the pack, not Edge. So, if I’m Edge, I have a little bit of a gripe. But I think Edge is going to pick himself up and dust himself off and continue to chase Roman.”

Next, panelist Matt Camp asked Dudley if he can see any wrestler toppling Roman Reigns’ championship run, and if so, who? Dudley’s answer was none other than the former three-time Universal Champion and Paul Heyman’s past client, Brock Lesnar.

“Well, there’s only one man out there that I believe could truly stop Roman Reigns dead in his tracks,” Dudley began to tease. “And if it’s not Edge, it’s Brock Lesnar. I want to see the look on [Paul] Heyman’s face when Brock veers a hit. Give me ‘The Beast’ versus Roman all day long.”

After a historic match on Night One of WrestleMania, Grammy award-winning rapper Bad Bunny exceeded expectations when he and Damian Priest successfully defeated The Miz and John Morrison. This weekend on The Bump, 14-time WWE World Champion Randy Orton praised Bad Bunny’s performance this weekend by thanking him for taking his position in WWE seriously. When asked what he thought about Bunny’s tag match, Dudley couldn’t agree more with what Orton said about the musician.

“I agree 100 percent with what Randy said,” Dudley stated. “If I was still in that locker room and a guy like Bad Bunny were to come in, I’d be apprehensive at first. Then, you see all the work that he put in and what he was able to accomplish, and the new eyes that he brought into the WWE Universe, I mean, two thumbs up!

“I think Bad Bunny did a tremendous job. It’s one of my stand-out WrestleMania moments from this year. His entrance to his performance in the ring…If you’re going to bring in someone from the outside, I think Bad Bunny is now the measuring stick.”

You can watch Bubba Ray Dudley’s full interview here. If you use any of the quotes in this article, please credit WWE’s The Bump with a h/t to Wrestling Inc. for the transcription.