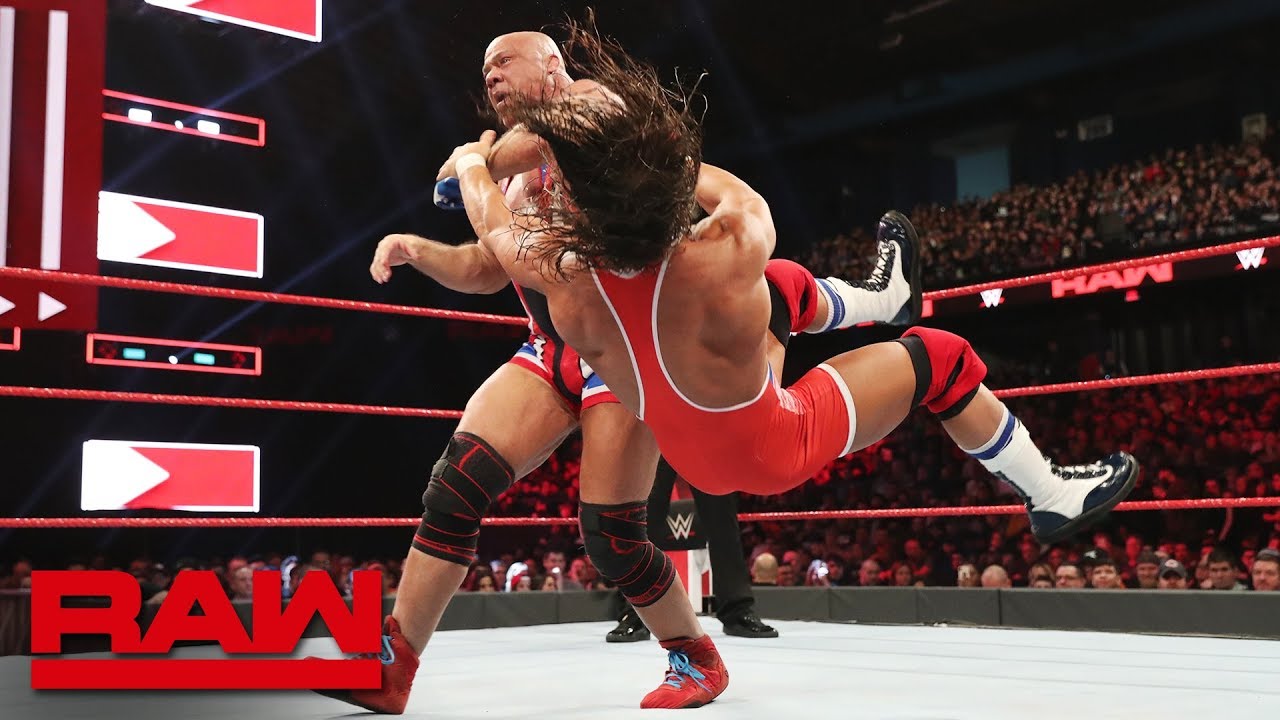 On the latest episode of The Kurt Angle Show Podcast, the 1996 Olympic Gold Medalist held a Q&A where he was asked who the best in-ring wrestler he ever worked with who never really made it big. Angle chose a name he worked with during the build to his retirement match at WrestleMania 35, saying this wrestler has the potential to be a main eventer, but has never been given that chance.

“I would say, and I wrestled him late in my career, Chad Gable,” Angle said. “I think this kid has so much potential. I know the company started pushing him, then they laid off, then they pushed him and laid off. I don’t know if it has to do with his size, but the guy’s amazing. In real life, he can whoop any of those wrestlers asses.

“He’s a real life badass and to not have him go to the main event level where he deserves to be, it blows my mind. He is a very talented, great technical wrestler, former Olympian, you can’t ask for anything more than that.”

On a previous podcast talking about his return to WWE in 2017, Angle said it would have been a natural fit to pair him with American Alpha (Jason Jordan and Chad Gable) to form a new Team Angle stable. Showing how highly he thinks of Gable, Angle continued to say he might need to leave WWE to go to another company like NJPW.

“I think so, I wouldn’t encourage him to do it,” Angle said. “I wouldn’t give anybody that type of advice, I’d want them to do what they’re comfortable with doing but Chad does need a makeover. Him going there and getting more experience and coming back with a different character with something with a subtle change, I think that would really help him. I’m not saying he should do it, I’m just saying it’s not bad advice to go ahead and do that.”

At NXT Takeover: Stand and Deliver, NCAA Wrestler Gable Steveson made a surprise appearance ringside with Stephanie McMahon. Steveson will be participating in the 2021 Tokyo Olympic Games. Angle said Steveson could be a major star for WWE and be on the level of Brock Lesnar.