Nita Strauss On The “Rock Girl” Invasion Of WWE 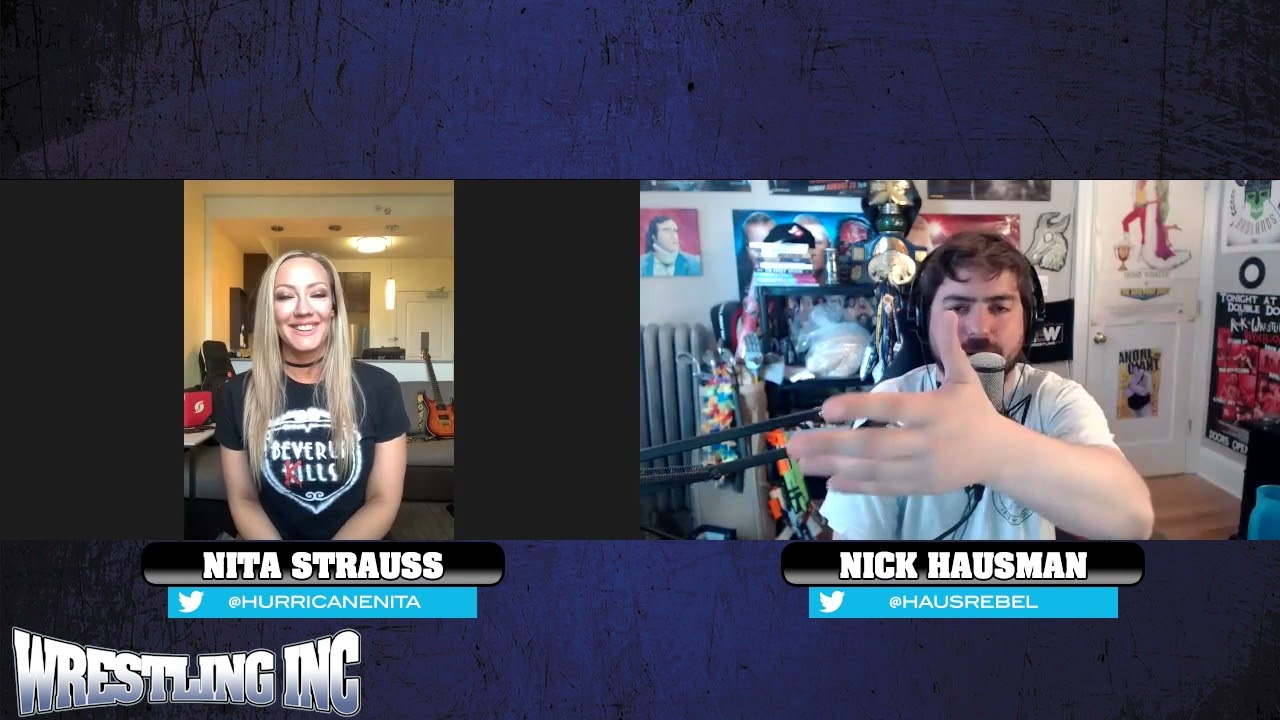 Between her performance of Shinsuke Nakamura’s entrance music at WrestleMania 34 and her guitar rift rendition of the National Anthem on Night 1 of NXT Takeover: Stand and Deliver, Nita Strauss has quickly certified herself as a recognizable rocker within the professional wrestling world.

Before her most recent performance, Strauss rocked the house with Lzzy Hale at 2018’s WWE Evolution. Speaking with Wrestling Inc. Managing Editor Nick Hausman on the Wrestling Inc. Daily, Strauss detailed what that night meant to her.

“It was amazing,” Strauss said. “I feel like Evolution was a victory for so many women in so many industries, even those of us that aren’t pro wrestlers. There are women all over the world, whether it’s musicians like myself or bankers or race car drivers or anybody, a neurosurgeon, that’s sort of in a boy’s job. To get to see these incredible, beautiful, strong athletes getting to go out there and have a night to themselves to showcase what they can do, I would have been just as excited to watch it as a fan, much less get to perform.

“Getting to do it with Lzzy [Hale] was just the icing on the cake because she’s so amazing, she’s made such great strides for what women do in my industry. It was cool, and I did get to watch the rest of it as a fan. I was on the side watching the entire event afterwards. I did like fifteen minutes of press and then just watched the whole thing.”

Another rockstar that has made her presence felt in WWE is Poppy, who also performed at NXT Takeover: Stand and Deliver. Strauss emphasized how cool it’s been to see some of her musician friends also make their way into WWE.

“It’s really cool, Poppy and I are on the same label, Sumerian Records,” Strauss said. “Now Ash Costello, not on Sumerian, but another awesome female metalhead chick, she does Rhea Ripley’s theme and she’s performing it at Mania. It’s sort of like, the invasion of us rock girls. We all know each other, we’re all friends from LA. For the three of us to get to go out kick a– this week is going to be a lot of fun.”

On top of the three aforementioned rockstars, pop artist Bebe Rexha is set to perform ‘America the Beautiful,’ which Strauss noted she is excited for.

“It’s really cool to have a girl singing America the Beautiful,” Strauss said. “She might not be a rock girl like the rest of us three, but it’s amazing to be a part of this group of strong women coming in and getting loud.”

As for what WrestleMania week’s pantheon of female performers means for the industry?

“This is evolution, damn it!” Strauss said.

You can follow Nita on Twitter @HurricaneNita. You can find the full audio and video from Nita’s interview below: