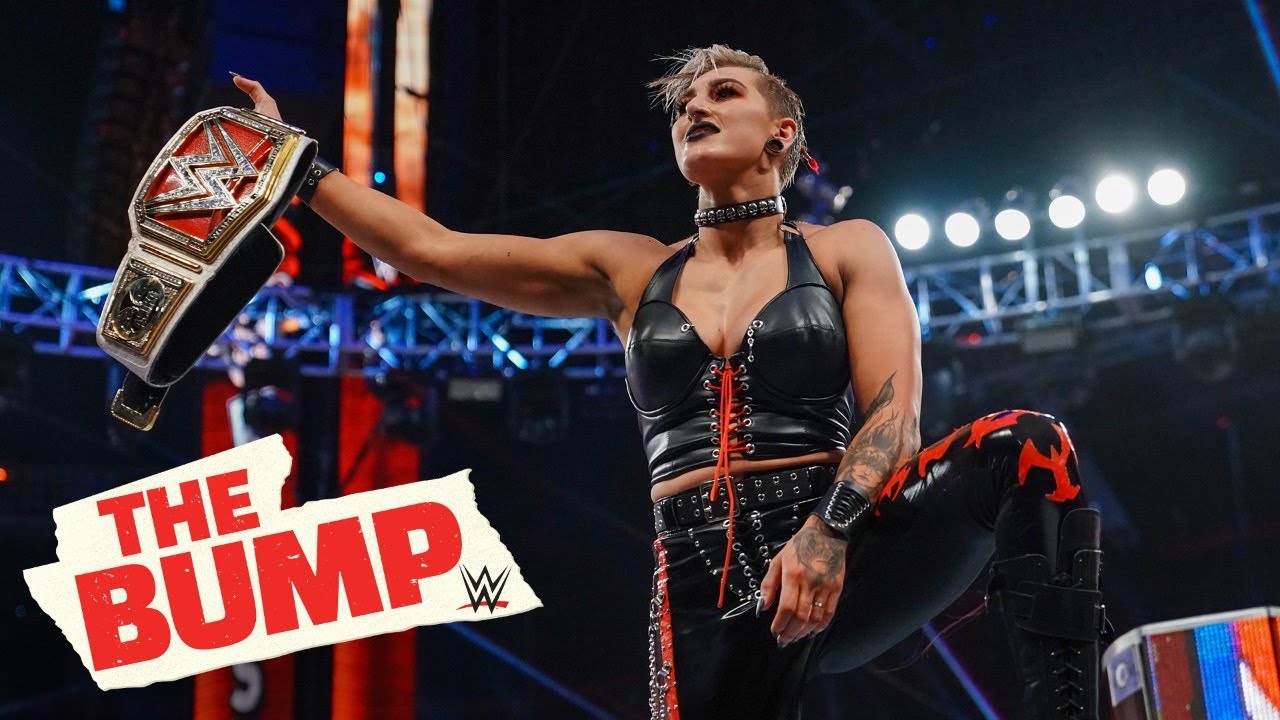 After her huge monumental win at WrestleMania 37, “The Nightmare,” Rhea Ripley recently spoke with the panel on WWE’s The Bump about her career-defining match against Asuka for the RAW Women’s Championship. She noted that day by day, it’s sinking in more that she is now the new face of the women’s division.

“Man, it’s just crazy for me to think that it’s slowly starting to settle in,” Rhea Ripley began with a big smile on her face. “I think going out last night on NXT and standing in the ring with Bianca Belair and Raquel González and showing, pretty much, showing a new era of the women’s division that’s coming through. I think it started to sink in even more for me that I’m the RAW Women’s Champion. It was such a special moment. It really did help me mentally take it all in.”

As Vince McMahon opened up the first night of WrestleMania 37, tears were shed among the Superstars and fans in attendance after coming together for the first time in over a year. Ripley recalls the overwhelming emotion she felt on the stage while also describing the WWE Hall of Famer Edge’s reaction.

“Man, that moment…It was so incredibly special,” Ripley noted. “From having my first WrestleMania at the PC with zero people in attendance, like, that’s crazy; it’s history-making. Walking out there and hearing the crowd, it took me back a step. I was so excited and nervous. I had all of these emotions running through my body. Just standing there, I was trying to take it all in. I started getting a little bit emotional, and I was like, no, you’ve got to keep yourself together.

“I look to my left, and I saw Edge, and he had tears in his eyes. And he nodded at me and winked at me, and I just lost it. I couldn’t hold it in. Then, I made eye contact with a fan in the front row, and he was like, ‘You’ve got this, Rhea. You’ve got this!’ I fully lost it from there. So, I was just living in the moment and having the time of my life. ”

Looking back at her WrestleMania debut last year to her epic performance on Sunday, Ripley mentioned the lessons she took away from last year and implemented into this year’s big moment.

“I think last year knowing it was my first [time], I had an adjustment period, like, I got to be super excited; I was super excited for this year. But luckily for me, I had the first day to sort of get my emotions out of the way, and then the second day I was there for business, you know,” Ripley noted on how last year’s WrestleMania debut prepared her for this year’s. “But going through my first WrestleMania, like, that was scary. It was really nerve-wracking; it was such a big deal for me.

“Even though there wasn’t anyone in attendance, it was still such a high-caliber match. Like, a moment in my career that I’ll hold forever in my heart. So, I think I definitely learned a lot more about myself in that WrestleMania match, and I brought it to this WrestleMania. I was definitely more ready.”

You can watch Rhea Ripley’s full interview here. If you use any of the quotes in this article, please credit WWE’s The Bump with a h/t to Wrestling Inc. for the transcription.

Previous
Video: Sting Says “This Is The Best Wrestling I’ve Ever Seen” After AEW Dynamite
Next
Bayley Says She Is Proud Of AEW Star For Improving As A Performer