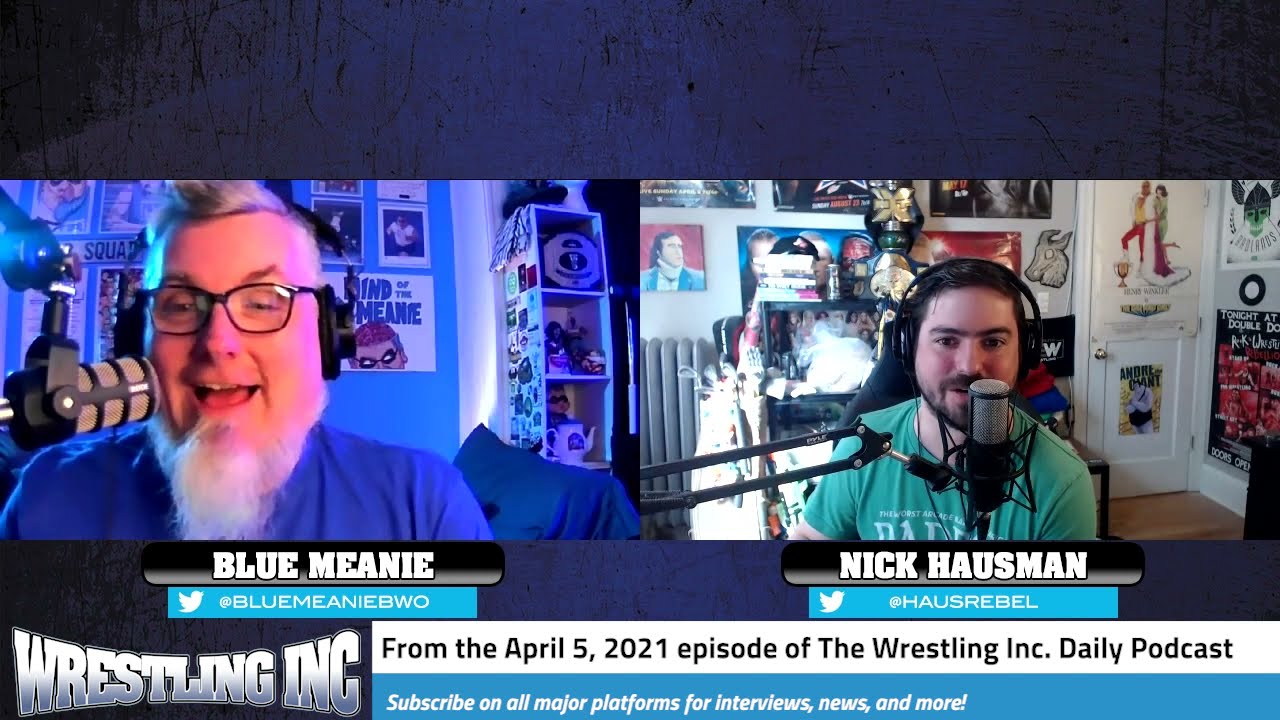 AEW founder Tony Khan may be an executive, but his pro wrestling fandom and expertise has been widely touted.

The Blue Meanie recently joined Wrestling Inc. Managing Editor Nick Hausman on the Wrestling Inc. Daily and revealed he used to talk with a young Tony in online chat forums.

“Tony’s a great dude. Back in the ’90s when AOL was a thing, I used to always go in the chats. There was always a chat that was myself, Mike Johnson from PWInsider, our mutual friend Jeremiah, our mutual friend Del, and Tony Khan was in that room too,” Meanie said. “We were chatting and trading tapes back in the day, and you knew he loved ECW.

“I was just thinking about this the other night, it was on one of the last shows ECW ran at the Lulu Temple. It was the Lulu Temple, ECW arena weekend, and that was the weekend we did the KISS [parody] both nights. They aired the one from the arena, but our test run was at Lulu Temple, and Tony was there for both of those nights.”

Khan and Meanie share a mutual love for many things in professional wrestling, including a certain Freshly Squeezed talent. Meanie mentioned that he’s “so jealous” of how over Orange Cassidy is.

“I am so jealous of Orange Cassidy,” Meanie said. “He gets so much out of doing less is more. I always say less is more. If you feel like you’re going slow, go even slower, and boy. I watch Orange Cassidy do what he does and get over and get a reaction, and I am envious. Besides the fact that he’s a great guy anyway, I like when good people do good. I love everything he’s doing now. He’s great. I just laugh because he’s just so over, and this isn’t in a bad way, but I wish I could get away with doing that stuff. And I do thumb wrestling in the ring.”

Meanie emphasized that his jealousy is rooted in admiration, and he would actually love to mix it up with Cassidy one day.

“We could have a fake-off. Seriously, before the pandemic started, I was going to start petitioning for Blue Meanie vs. Orange Cassidy,” Meanie said. “Blue vs. Orange. Stuff like that. I would love to work with him at least one time. Even if AEW comes back to Philadelphia, has a live event, have an ECW appearance and me and Orange Cassidy can do something.”

A new episode of Mind Of The Meanie is released every Monday and can be found on all major podcast platforms! You can find the full audio and video from Meanie’s interview below:

Previous
Former WWE Star Points Out That 8 Out Of 9 Champions In WWE Are Heels
Next
WWE RAW Preview For Tonight: Biggest Episode Of The Year