Thunder Rosa Names Her Mentors In The Pro Wrestling Industry 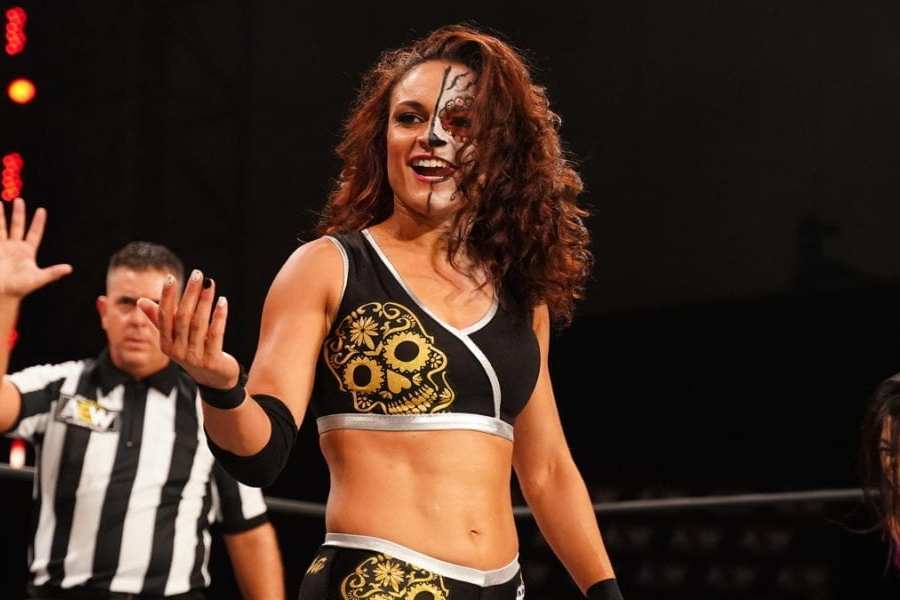 From main-eventing AEW Dynamite to bringing the NWA Women’s Championship to Wednesday nights, Thunder Rosa has made a significant mark on All Elite Wrestling in less than a year. That said, her accomplishments with AEW go beyond what viewers see on-screen.

Speaking with Liam Alexander-Stewart of Inside the Ropes, Rosa discussed what it’s like to be looked to as a leader inside the AEW locker room.

“I think it [comes] organically,” Rosa said. “I am a leader just in general and everywhere I’ve been, like, when I see things that I don’t think they are right or it can be better, I try to ask people if they’re interested in my opinion. If not, I’ll just keep it to myself. Some people get, like, weirded out, ‘Who are you to tell me what to do?’ But like I said, people that I seen even before they became wrestlers, like Alex [Gracia] is one of them. That’s why I went out of my way to to try to help her a little bit and guide her in the right way.

“I think sometimes we get so stuck on our own ways and when we don’t have a mentor, we don’t have somebody that will be completely honest with us. We tend to make the wrong decisions or just I mean, we learn from that. But when you have somebody that can extend a hand, I think you should consider this and say that, then makes things a lot easier for young talent, such as her.”

Rosa notes that her drive to help the future generations stems from her desire to right the wrongs she experienced growing up in the industry.

“There’s a lot of things that we did, my husband and I, and it was hit and miss and we learned our lesson,” Rosa said. “So now that’s why we’re helping so many other women that are going through it, through the same things that we are, because I don’t want them to go through what I went through to be treated the way that I was treated at times, or just like to see some of the injustices that I’ve seen. Like, I don’t want them to go through that. And that’s why I get so personal to help them.”

While Rosa is keen on mentoring younger members of the locker room, she still has people she looks up to herself.

“For me right now, like, mentors that I have are mostly like males,” Rosa said. “Definitely like Dustin [Rhodes] has been one of them. Trevor Murdoch has been another one. Madusa has reached out multiple times just to make sure that I’m doing all right, especially in difficult times or when I’m like my career choices, my career growing up, like she always has that talk to keep me on my on my feet grounded.”

While Rosa dons Mexican and American colors in her ring gear and entrance attire, the former NWA Women’s Champion emphasized that that pride is not a gimmick.

“Well, for me, it is very important that people know that I was born in Mexico, but I’m like, you know, adopted American,” Rosa said. “I’m American citizen and I’m very, very proud of being an American citizen because of all the opportunities that I, I have gotten ever since I moved to this country. And I will represent them.

“That’s why you always see me with a Mexican American flag. You will see me wearing something such as wearing both flags because my heart is Mexican. I speak Spanish and I love my culture. And I’m very proud of where I come from. But I also am very proud of what I have, what I have become here in America.

“And it is hard to say who will be that second person or the second generation that will bring that pride on on the business because it all comes naturally. I at first I was very reluctant to bring my my Mexican heritage into the table and now ever since I embraced it completely, that I think that I have become more successful because I know where I come from and I know who I am. And people identify with me no matter what culture they’re from. It just identify with somebody that has gone through this stuff in in the world and they, little by little, have become successful.”