AEW All Out Venue Revealed

The 2021 AEW All Out pay-per-view is being advertised for the NOW Arena near Chicago, Illinois.

The arena in Hoffman Estates, IL, formerly known as The Sears Center, lists the All Out pay-per-view for Sunday, September 5, which is the day before Labor Day.

As seen below, a new graphic to promote All Out lists the “Where Champions Are Made” tagline for the pay-per-view. AEW confirmed over the weekend that they would be returning to the Chicago area for All Out.

This is the same venue that hosted the All In pay-per-view in 2018, and the 2019 All Out pay-per-view, which was the first official pay-per-view under the AEW banner.

There’s no word yet on the main event for the 2021 All Out pay-per-view, but AEW President Tony Khan recently confirmed that a Women’s Casino Battle Royale will be held at the event.

Stay tuned for more on All Out. Below is the promotional graphic released by the NOW Arena: 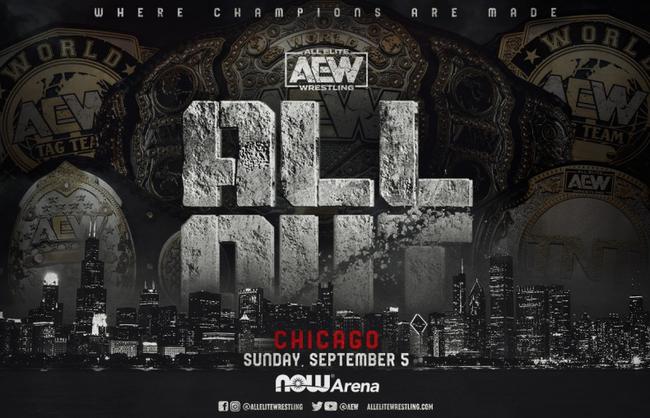 Chicago Land get ready we are coming back, for #AEWAllOut – #LaborDay weekend Sunday, September 5, 2021 pic.twitter.com/yoCddNhn2i