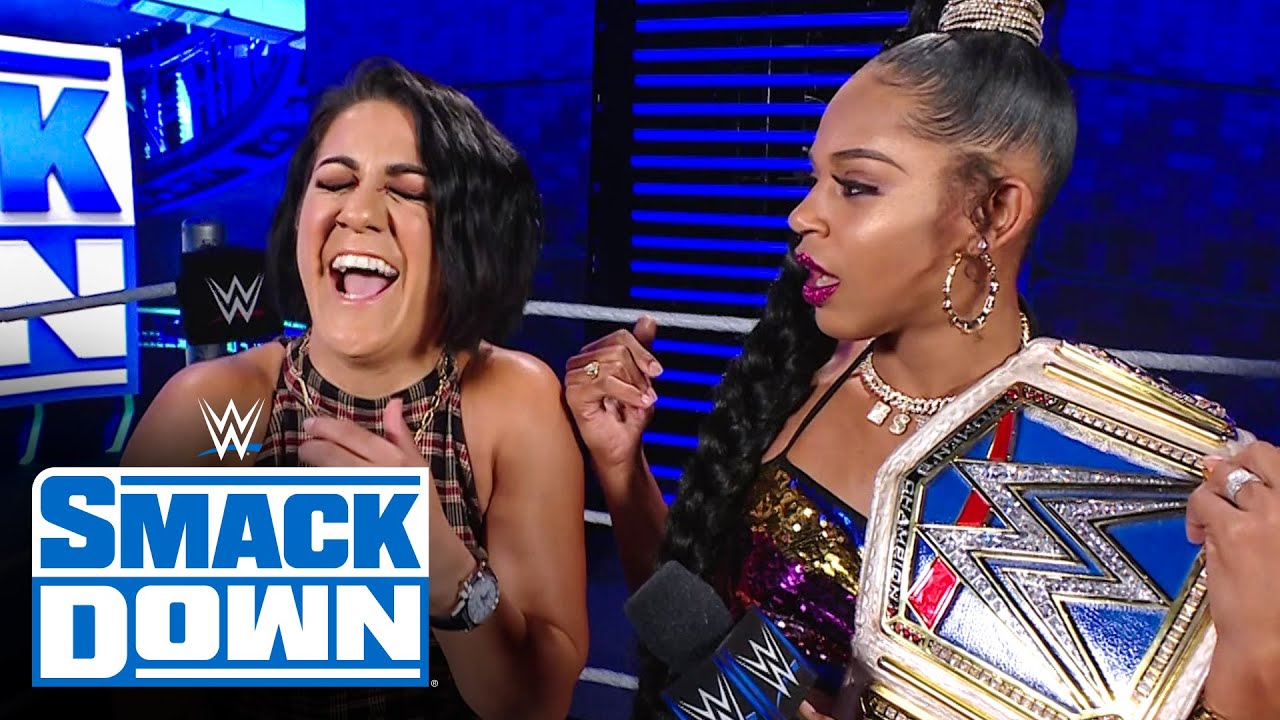 Bayley appeared on the latest episode of WWE’s The Bump. With Bianca Belair holding the SmackDown Women’s Championship, while Rhea Ripley is the current RAW Women’s Champion, panelist Kayla Braxton asked “The Role Model” if a new era in women’s wrestling is upon us.

“I won’t say it’s a new era, but I will say you’re welcome to all these new women champions because if it wasn’t for us, well, specifically me, they wouldn’t have had that platform on NXT, and you know, Papa Hunter,” Bayley stated in an overweening way.

Although she has had her hands full feuding with Belair and trading shots with Eva Marie online, Bayley still hasn’t forgotten her exchange with WWE Hall of Famer and NXT commentator Beth Phoenix. When asked by Braxton if Bayley’s interaction with Phoenix is considered unfinished business or friendly fire, “The Role Model” said, why not both?

“I’m going to say a little bit of both,” Bayley replied. “Beth did cost me to lose the tag team titles back at WrestleMania 35. She gave me a freaking Grand Slam off the top of the rope, which doesn’t feel good. I think my shoulder is still paying for it. Then, I lost the titles, not even to her. So, that’s a little unfinished business. And I think she’s ducking and dodging a little too much. You know, I saw her at WrestleMania, and she was hiding behind doors and hiding behind her husband, so I mean, I’m ready, Beth.”

You can watch Bayley’s full interview here. If you use any of the quotes in this article, please credit WWE’s The Bump with a h/t to Wrestling Inc. for the transcription.