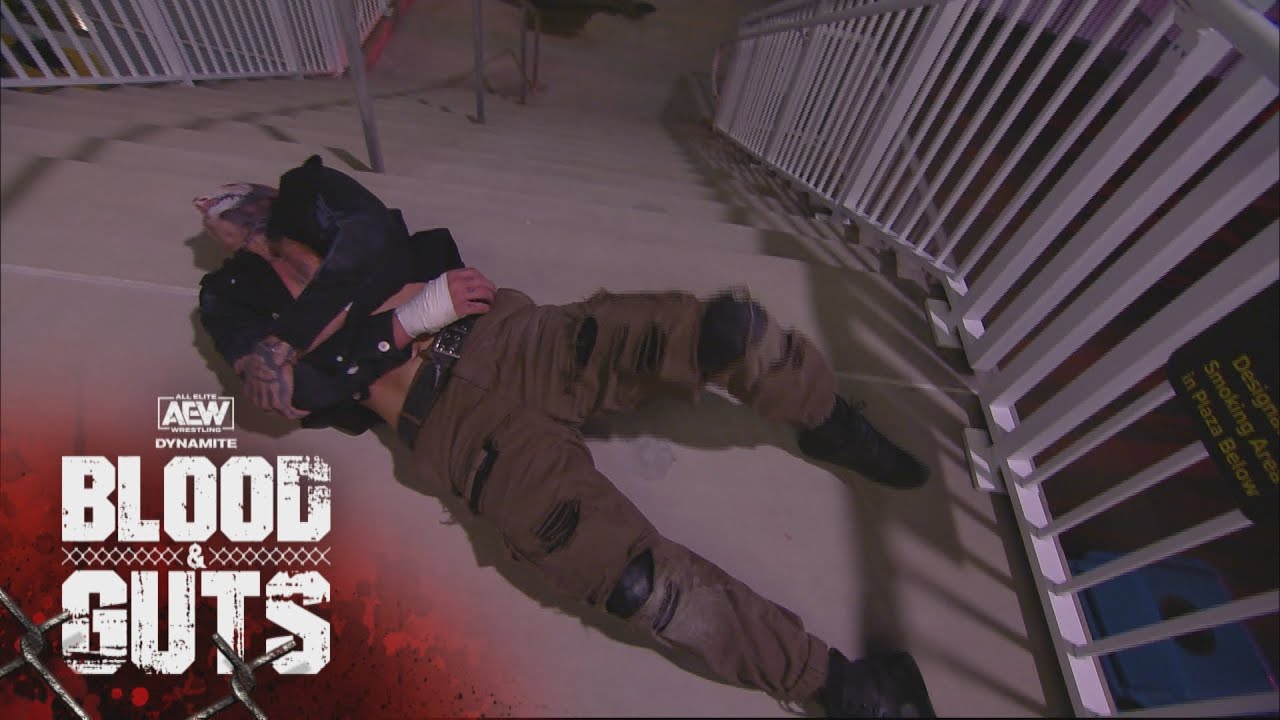 AEW TNT Champion Darby Allin has revealed that he injured his shoulder on this week’s AEW Dynamite, after he was tossed down a flight of concrete stairs by “All Ego” Ethan Page and Scorpio Sky.

Allin took to Twitter on Thursday and wrote the following:

Long story short my shoulder is f—ked but If I got till Wednesday to get my s--t together I’ll do just that.

It is likely that Allin is selling a storyline injury ahead of his title defense next week against Miro. As of this writing, there haven’t been any reports of Allin suffering a legitimate injury during the staircase spot.

Besides the Allin vs. Miro title match, AEW has announced several matches and segments for next week’s Dynamite.

Below is the full lineup:

Long story short my shoulder is f----d but If I got till Wednesday to get my s--t together I’ll do just that. pic.twitter.com/sA40OAu3c8

Previous
Photo: Big Cass In Romantic Relationship With AEW Host
Next
Batista Explains Why He Turned Down Role In The Suicide Squad