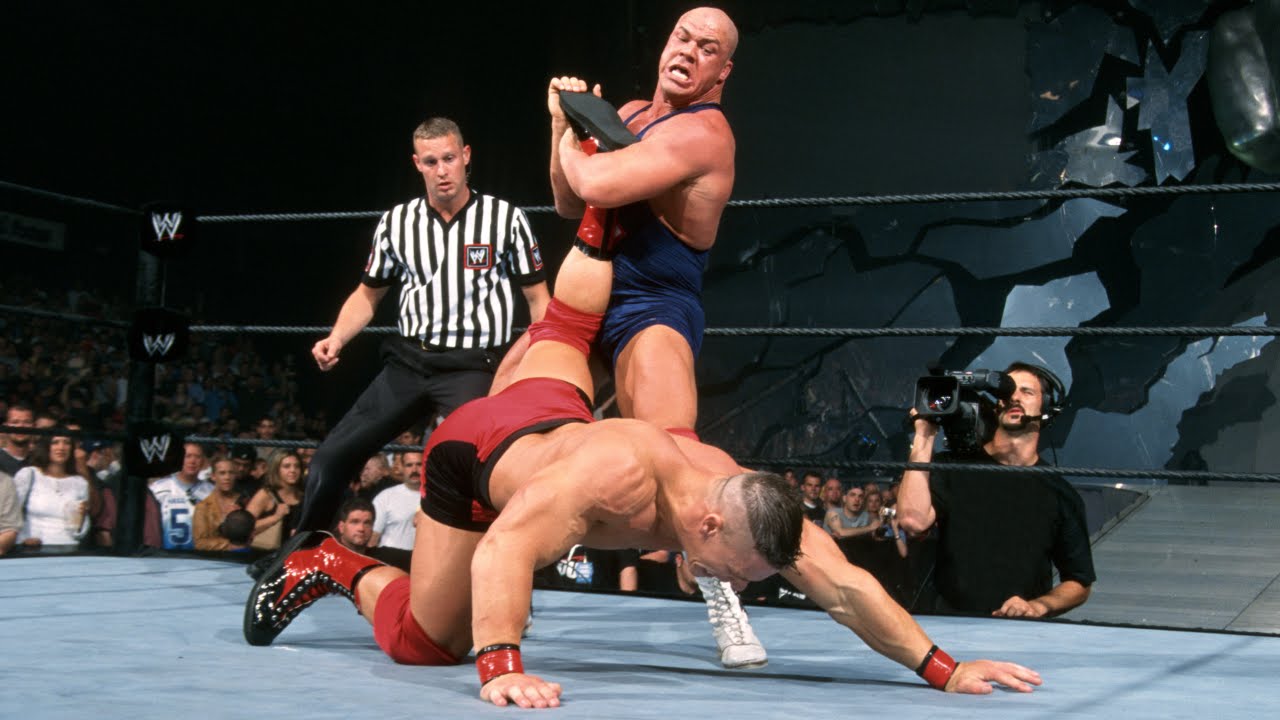 WWE Hall of Famer Kurt Angle has amusingly suggested that he could be interested in coming out of retirement to face John Cena.

Reacting to the reports of Cena’s impending WWE comeback, Angle tweeted the popular “So you’re telling me there’s a chance” GIF from Dumb and Dumber along with the following caption:

Hearing rumors about @JohnCena going back to @wwe – got me rethinking about my retirement match, like…………

Angle retired from pro wrestling following his loss to Baron Corbin at WrestleMania 35.

Meanwhile, Cena is rumored to appear on the July 16 episode of SmackDown and confront WWE Universal Champion Roman Reigns. The potential Cena vs. Reigns match is being discussed as the man event of this year’s SummerSlam, scheduled for August 21. WWE has yet to name the location for SummerSlam.

Hearing rumors about @JohnCena going back to @wwe – got me rethinking about my retirement match, like………… pic.twitter.com/GQzl1VMcYX