Dario Cueto Revealed To Be Owner Of Azteca Underground 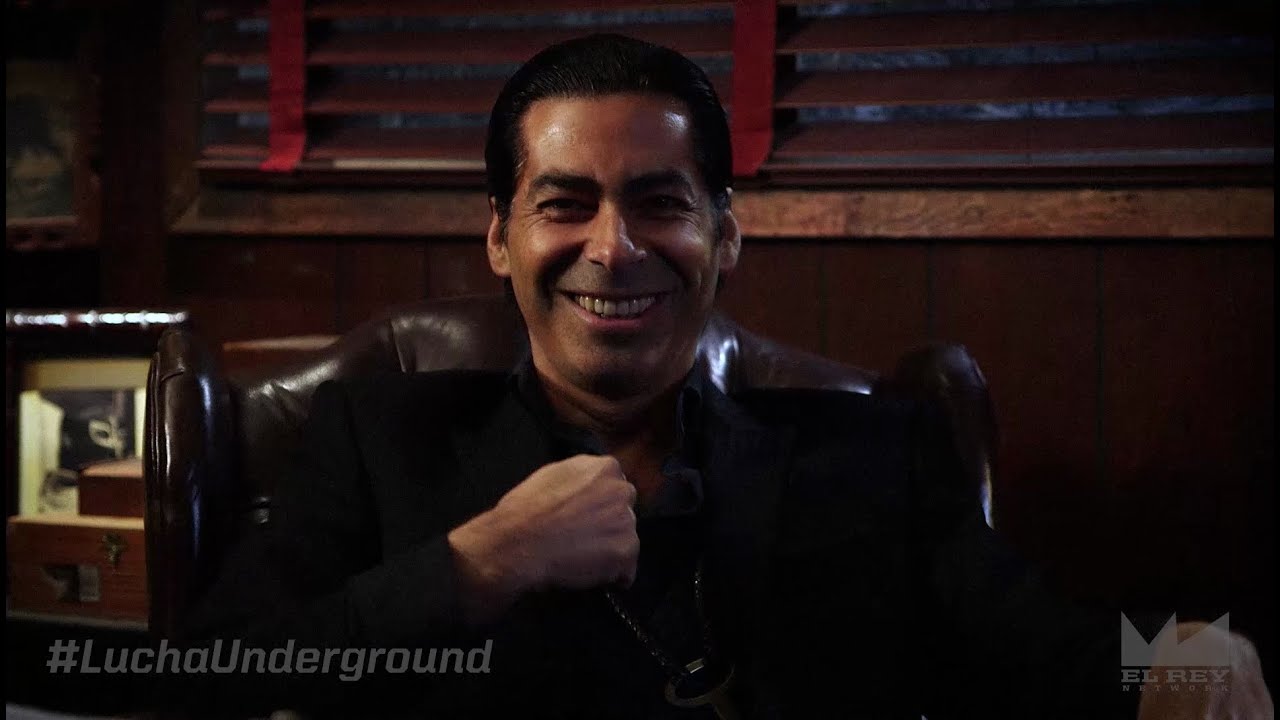 On tonight’s season finale of MLW Fusion, the mysterious “El Jefe,” who’s been the mastermind behind Salina de la Renta and the owner/proprietor of Azteca Underground since January, was revealed as the reincarnation of the former Lucha Underground owner, Dario Cueto.

Frustrated that Salina couldn’t keep her end of the bargain, a masked man came and kidnapped her. The MLW production crew caught the masked assailant throwing Salina in a car before he spotted the production crew and chased after them.

This week, Salina found herself in Boyle Heights, the capital location of the Lucha Underground Temple. As she sits down, Cueto turns his chair around and informs Salina he is building a new temple. But he also mentioned how disappointed he is in her for not bringing him the gold or the violence that he asked for. Because of her mistakes, he said she must pay the ultimate sacrifice. As she’s hauled off, Cueto receives a telephone call and tells the person on the other line that he’ll see them on July 10, the summer season premiere of MLW Fusion. It looks like a Lucha Underground reboot is in the works.

Cueto (played by Spanish film and television star Luis Fernandez-Gil) began his pro wrestling career in 2014 as the brooding big boss of Lucha Underground, up until the season three finale at “Ultima Lucha 3,” where he was shot and killed.

In the fourth season, Gil then played the role of Dario’s father, Antonio Cueto, who ruled The Temple up until its final episode on November 7, 2018. Following the fourth season finale of Lucha Underground, the company ceased operations.

You can see Dario Cueto’s return below: