Aleister Black On What Paul Heyman Said After His WWE Release, Who He Wants To Work With 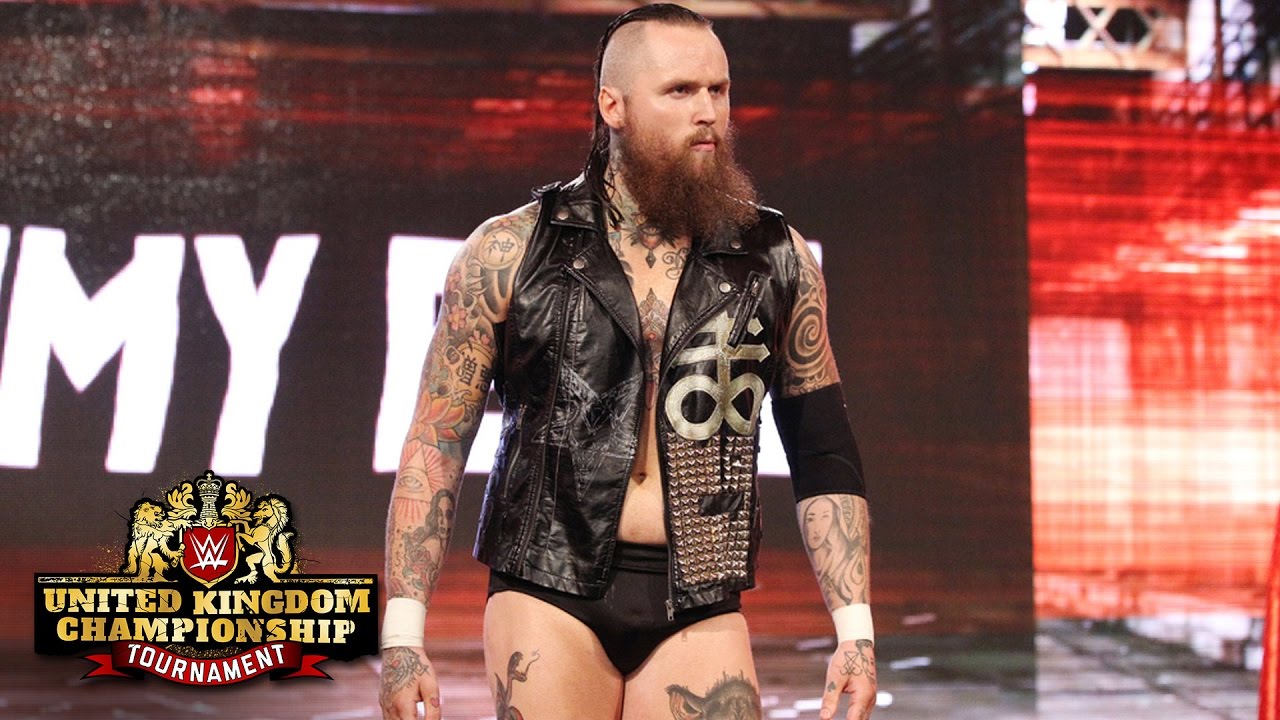 After concluding his career with WWE following his release, Tommy End (f.k.a. Aleister Black) is learning to reinvent his scope and career. A prime advocate and supporter of his, Paul Heyman, was one of many who sent their kind regards to End as he journeys over to greener pastures. This week on Oral Sessions with Renee Paquette, End recalls the words of wisdom Heyman shared and how grateful he was to have such a strong backing from Heyman during his five-year career in WWE.

“He reached out to me on the day that it happened. It was very sad,” Tommy End mentioned. “Paul has always said to me, ‘Tom, I think that you’re five years ahead of the business. As brilliant as I think you are, I think that sometimes, that’s your biggest issue. You’re so far ahead mentally that people have to catch up to it.’ He [also said], ‘I still believe you’re going to do great things.’ I am absolutely far from being done.”

Looking at the entirety of professional wrestling and its landscape, End mentioned how favorable it is now more than ever to be part of other rising and mature promotions both here in North America and beyond. With WWE once being the be-all-end-all for most, now, the times have changed.

“I don’t think that the business will ever be, at least, not at the moment, the business will ever be bigger than the WWE, as of right now. But the landscape is not solely dominated by WWE, which is a great thing,” End noted. “I see so many good talents. I look at AEW, and I see a phenomenal and newer generation combining with the older generation that I grew up with. Seeing dudes like your husband and [Kenny] Omega going at it.

“Then there are all these other independent companies, not just the independent companies, but guys/companies like Ring of Honor, IMPACT, everyone has their own identity. I think that it is a very important thing because it’s very difficult to have an identity in a landscape that was solely dominated by WWE, but they’re doing it. That speaks volumes of the talent and the creative vision that is out there.”

Now that he has a different outlook on his time with NXT/WWE, End explained to Paquette the main issues he saw between both brands and what they can learn from each other in the future.

“I think of the main issue is that there are too many cooks in the kitchen, whereas Hunter [Levesque] has a vision and oversees the entire vision with his team. He always puts his ear to the ground there, and he communicates one-on-one with his talent,” End noted. “Everybody shares his vision. On the main roster, a lot of people think they know Vince’s vision. Vince sees certain individuals and is completely mesmerized by them. And when he has them, he’s like, ‘Ok, where do I place you?’ I feel the time spent with where do I place you kind of like loses it because it’s taking too long for people to be placed. Whether that’s the rotation is too quick, or people don’t have a creative vision coming in, or people rely too much on letting the main roster do your creative work for you, who knows. I think it’s a combination of all three.”

As noted earlier in the interview, End guarantees there’s a lot left for him to pursue in this sport. Where he plans to utilize his talents is yet to be determined. But what we do know is that he has many challengers he’s eager to square off with in the ring. Now more attainable than ever, the dreams of facing these challengers listed is more achievable since many companies can cross-promote their talent.

“I want to get in the ring with Moose, [Sami] Callihan, Mox, Omega, Christopher Daniels. My God, there is such an array of crazy talent,” End exclaimed. “Jungle Boy is great. I think [Powerhouse] Hobbs is awesome. Brian Cage, Brody King from Ring of Honor, Homicide, I would love to get in the ring with Homicide. Eddie Kingston is another one.”

One company fans have said End would be a great fit for is New Japan Pro Wrestling. While it would be another big desire of End’s, he says fans will have to tune in to find out where his newfound journey will take him next.

“I think it’s no secret that I have a lot of love for New Japan. New Japan would be phenomenal,” End stated. “I love Japan. I miss Japan. Even thinking about it gives me butterflies. Never did I feel more like a professional wrestler than when I stepped off the plane at the Narita Airport, and I would go to the dojo and start training. It was great.

“We don’t know what the future holds at this point, well, I know certain parts of my future, but I’m not going to spill the beans here.”

You can listen to Tommy End’s full interview here. If you use any of the quotes in this article, please credit Oral Sessions w/Renée Paquette with a h/t to Wrestling Inc. for the transcription.