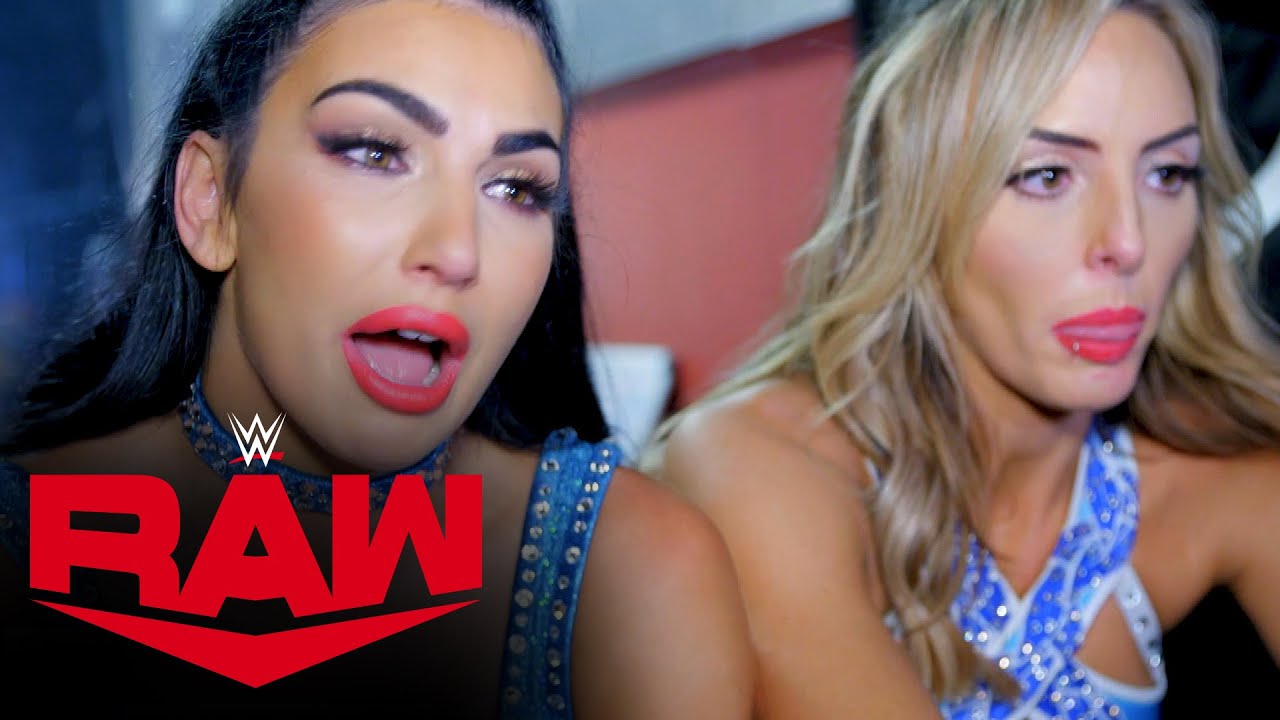 McKay went first. With the help of meditation, journaling, reading and taking care of her puppy, McKay started coming back into her own. But it was a very difficult time, as she stated.

“After it happened, I was having all these feelings that I had never had before. My emotions were up and down, and I was like, what is going on,” McKay noted on how she felt following her WWE release. “I went on my phone and Googled, ‘Can you grieve over the loss of a job?’ I was looking at the 7-steps of grieving over a job so I could figure it out, push through, and kind of move on with my life. But I was like, oh, my gosh, I really am grieving right now.

McKay then added how it was hard for her to discuss this release with her immediate friends and family and how she felt ashamed she might have let them all down.

“After it happened, I called Cass and was like, ‘I can’t talk to anyone.’ Like, my friends and family are calling me, and I’m not answering on purpose because I was ashamed. I felt like I let everyone down. Everyone sacrificed so much to help me get here, and it was just over. It took me a long time to kind of talk to everyone. Cass was the only one. I hate to say it, but I’m so glad we got released together because our journey has been together this whole time. But if one of us hadn’t gotten release and one of us had, that would have been 10-times worse. I’m so glad that we can go through this together and support each other through this time.”

Following McKay’s reply, Paquette asked the same question to Cassie Lee on how she’s holding up since her departure.

“I have my days. I want to say the first three weeks were so rough. But these last couple of weeks, I’ve really just been focused on trying to schedule my days,” Cassie Lee mentioned on how she coped after her WWE release. “I feel like if I structure my day, I [can] just take it day by day. I feel good overall, but I do have those days. Like last week, I cried myself to sleep. It just hits me out of nowhere, just these emotions.

“Now that we’re getting closer and closer to the end of the 90-days, I can just feel those emotions intensifying again when I feel like I’ve kind of had a grasp on them, so I’m a bit nervous about the next six weeks or however long it is it was rough. Like Jess said, I was embarrassed. We shouldn’t be like that. We didn’t do anything wrong.”

Although they both were released on the same day, McKay recalls how she was the first out of the two to receive the phone call of her release. She revealed how she was just getting ready for an upcoming Friday Night SmackDown when she got the devastating call.

“I think I was the first one that got called, just because my tweet was the first one to hit Twitter,” McKay noted. “I was literally having lunch, and I was about to go get a spray tan. I see my phone ring, and I answer, and I didn’t think what was going to happen would happen. I [thought maybe] the schedule changed, or I had to do something; I thought it was work-related. And then, when they said, ‘We’re going to release you from your contract,’ I was holding the phone, and I couldn’t say anything ’cause I was like what? I was, like, speechless. I said, ‘This is a lot.’ The phone call wrapped up and ended, and I was frozen.

“I walked out, and my husband was on the back patio with our puppy – we joke a lot [about] fake wrestling news and that kind of stuff. So, I said, ‘Babe, I’m not joking, I just got released. His face dropped; seeing that made my heart break even more. We honestly just spent the next two hours crying together out on the patio. It was, like, 4:30 [PM] when it happened. I spoke to my family around 5. They were so loving and supportive. It was such a shock. I wasn’t expecting that at all. And then, my husband went and got me donuts, so that was nice.”

While at home, Lee said it was her husband, current AEW star, and former WWE Superstar, Shawn Spears, who informed Lee to check her phone after a text from McKay came through about her release and a missed call from corporate. Despite finding out she was the next on the chopping block, Lee mentioned how a huge weight was lifted off her shoulders after she spoke to WWE officials about her release.

“So, I was in a middle of a massage in my bedroom. Great timing. It doesn’t get better. The husband walks in and says, ‘I think you should look at your phone.’ So, I look on my phone, and I see a text from Jess saying, ‘I just got released,’ and I also had a missed call from work, and a text saying, ‘Call me.’ So, I was like, well, I’m done,” Lee began. “I tried to call back, but there was no answer, so I wrapped up that massage real quick. Ronnie [Shawn Spears] and I sat on the couch, just waiting for the call to come back…He was reassuring me that everything was going to be ok. I just felt this overwhelming sensation of relief, like the world lifted off my shoulders.

“When I finally had the call, it lasted no more than 60 seconds. I was like, ok, I saw that coming from your text. It wasn’t easy. I felt relieved, but then I spent the next 24 hours crying. I was like, what did I do? What could have I done [she begins to tear up]? I just had to realize it wasn’t what I did or didn’t do because I know in myself and in Jess we were good employees. We were the first ones there at TV. We dressed like professionals. We were polite. We were respectful. I know we didn’t do anything wrong. We were just victims of budget cuts.”

You can listen to  Cassie Lee and Jessica Mckay’s full interview here. If you use any of the quotes in this article, please credit Oral Sessions w/Renée Paquette with a h/t to Wrestling Inc. for the transcription.