Big E Feels That His Momentum Has Slowed Down Since WrestleMania 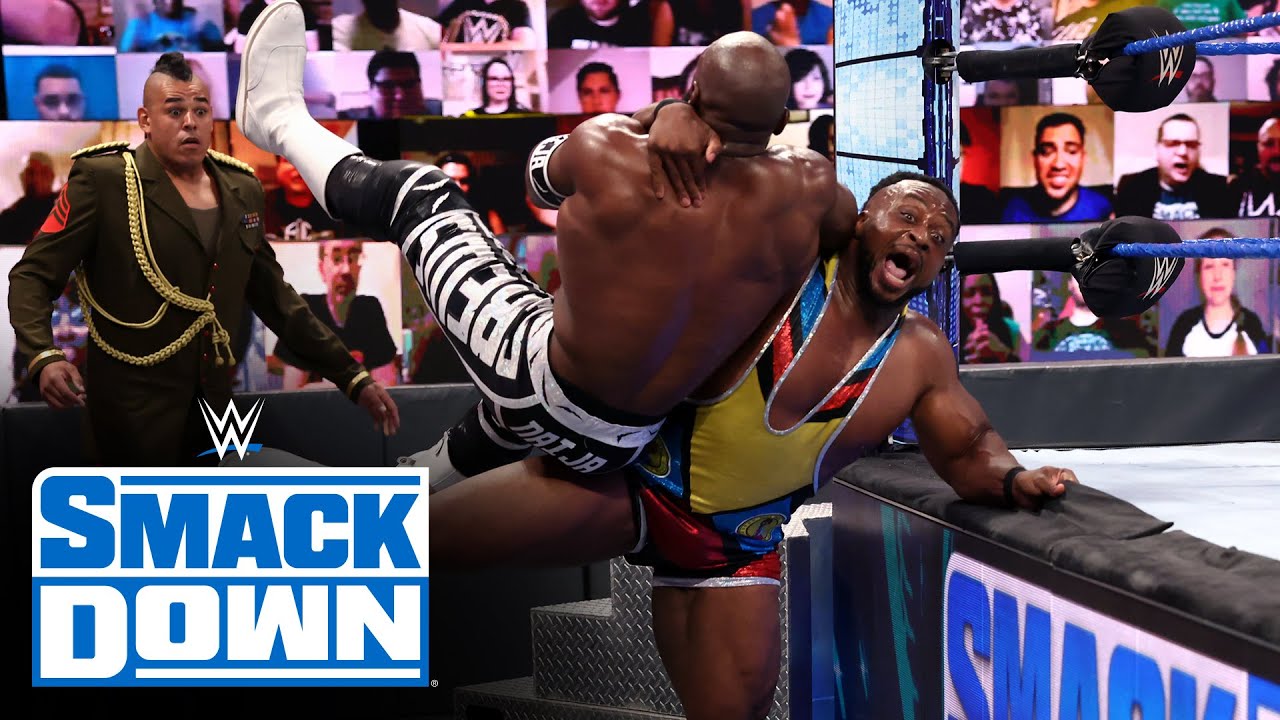 After punching his ticket and suiting himself in the Men’s Money in the Bank Ladder Match, former Intercontinental Champion Big E is thrilled to see where his fate takes him in two weeks. This week on WWE’s The Bump, Big E returned to talk about his preparation going into this match. He began by mentioning this will his first-ever MITB match.

“I’m excited! There’s a lot of things I’ve realized I haven’t done because I have been with The New Day for so long, and I haven’t done a lot of singles stuff. I actually have never been in a Money in the Bank match, so that should be dope,” Big E eagerly stated.

Big E did happen to mention that it was a cherry on top feeling when he finally defeated Crews in a match to earn this MITB opportunity. In addition to talking about this notable victory, Big E took a moment to commend Crews’ ability in the ring.

“Yeah, it’s me and Apollo damn near every week, you know. I will say as much as we butted heads, Apollo Crews, I think, is an incredible talent,” Big E mentioned. “To beat a guy like him with [Commander] Azeez at ringside means something. So, for me, this is about getting on track. I really feel like my momentum has slowed since WrestleMania, and now, it’s time to get that back going.

“That’s the beautiful thing with the Money in the Bank match: you can be ice cold going in. You could have zero momentum. You win that briefcase, and your fortunes can turn just like that, so I’m hoping to ignite some things for myself [and] make some opportunities.”

With Big E in the MITB Ladder Match, another New Day member will be getting his shot at gold, as Kofi Kingston is set to take on Bobby Lashley for the WWE Championship. While it’s too soon to predict if Big E will retrieve the briefcase and KofiMania will return for a second time, Big E is very confident July 18th will be a historic night.

“Look, man, Kofi has been holding it down, Kofi and [Xavier] Woods. Much respect to Kofi and Woods,” Big E praised. “Woods is out there killing it in a Hell in a Cell, you know, it didn’t go his way. Those two doing their thing on Raw has boosted my spirits and has inspired me. Kof has been in this position before. He’s been chomping at the bit for another opportunity, so it’s much deserved, man. Those guys have been holding RAW down in many ways. You could argue they’re the MVP’s of RAW.

“I know Kofi isn’t going to waste his opportunity. This means a lot to him. He’s a guy who never had the ‘I made it’ feeling. He’s never rested on his laurels. He’s never coasted. So, I know he’s going to bring it, and I’m excited to see what he does. Either way, I know it’s going to be a historic night for ya boys.”

You can watch Big E’s full interview here. If you use any of the quotes in this article, please credit WWE’s The Bump with a h/t to Wrestling Inc. for the transcription.