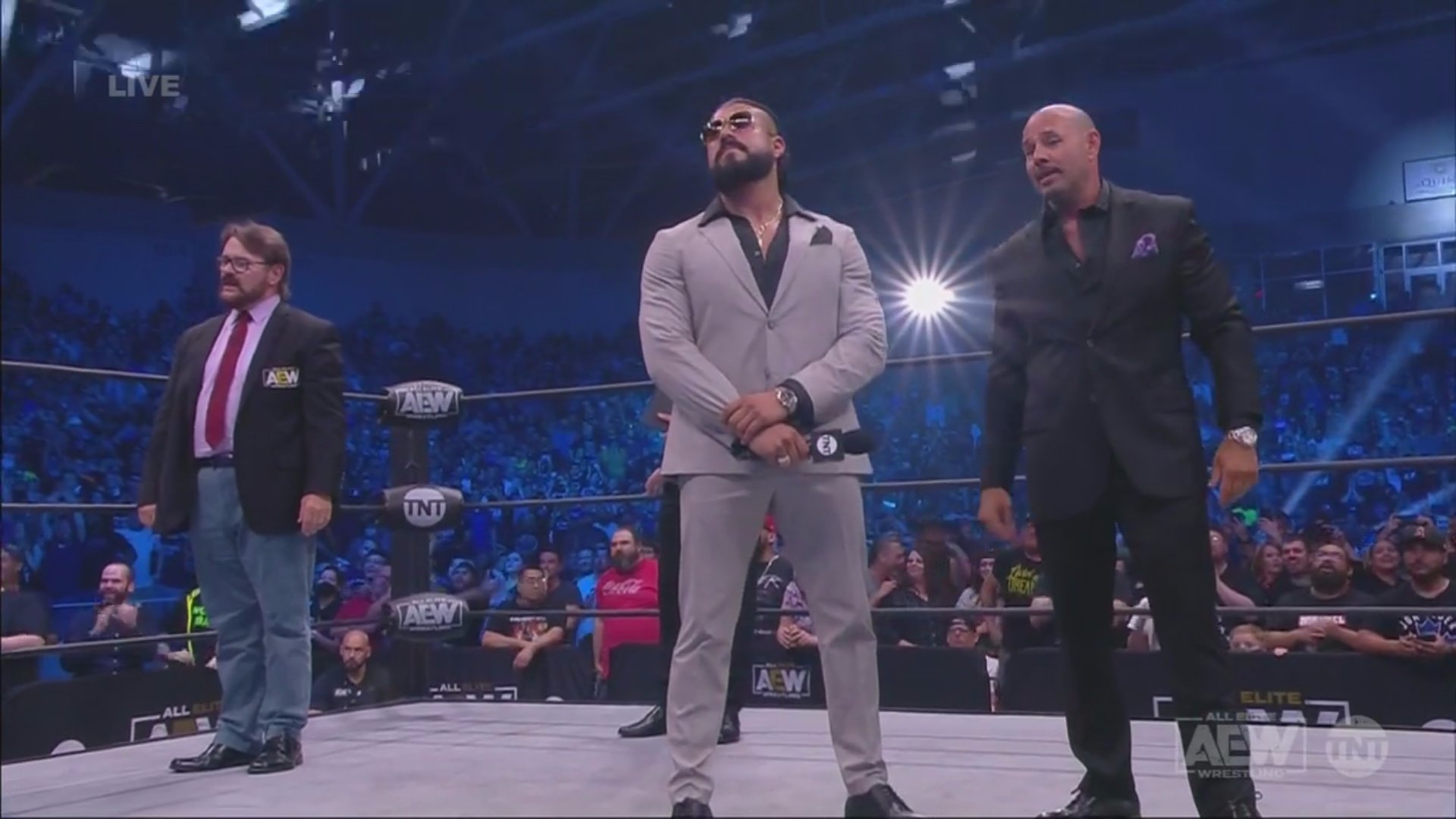 Chavo Guerrero is All Elite.

“I hear that this is the place to be,” Guerrero said. “When I walked backstage, I couldn’t believe all the talent back there. What a great time to be a wrestling fan. With all due respect to all those men and women back there, I don’t see anyone who has as much talent as this man (Andrade El Idolo) right here.”

Chavo was quickly interrupted by PAC, Pentagon, and Fenix. The trio, collectively known as The Death Triangle, emphasized that they don’t hide from anyone, responding to Andrade’s call out from last week. Andrade then got on the mic and proclaimed his superstardom in Spanish, to which Chavo translated for PAC specifically in English. Andrade said he wants Pentagon and Fenix to work for him, not PAC.

The Death Triangle then flooded the ring, but were unable to to get their hands on Andrade and Chavo.

After leaving WWE in summer 2011, Chavo Guerrero worked across the independent scene. He won various championships across numerous promotions, including a pair of TNA World Tag Titles, Lucha Underground’s Gift of the Gods Championship, and AAA’s Lucha Libre World Cup (2016). Since last year, Guerrero has shifted his focus to acting, where he assisted on Hollywood productions such as NBC’s Young Rock and Netflix’s GLOW.