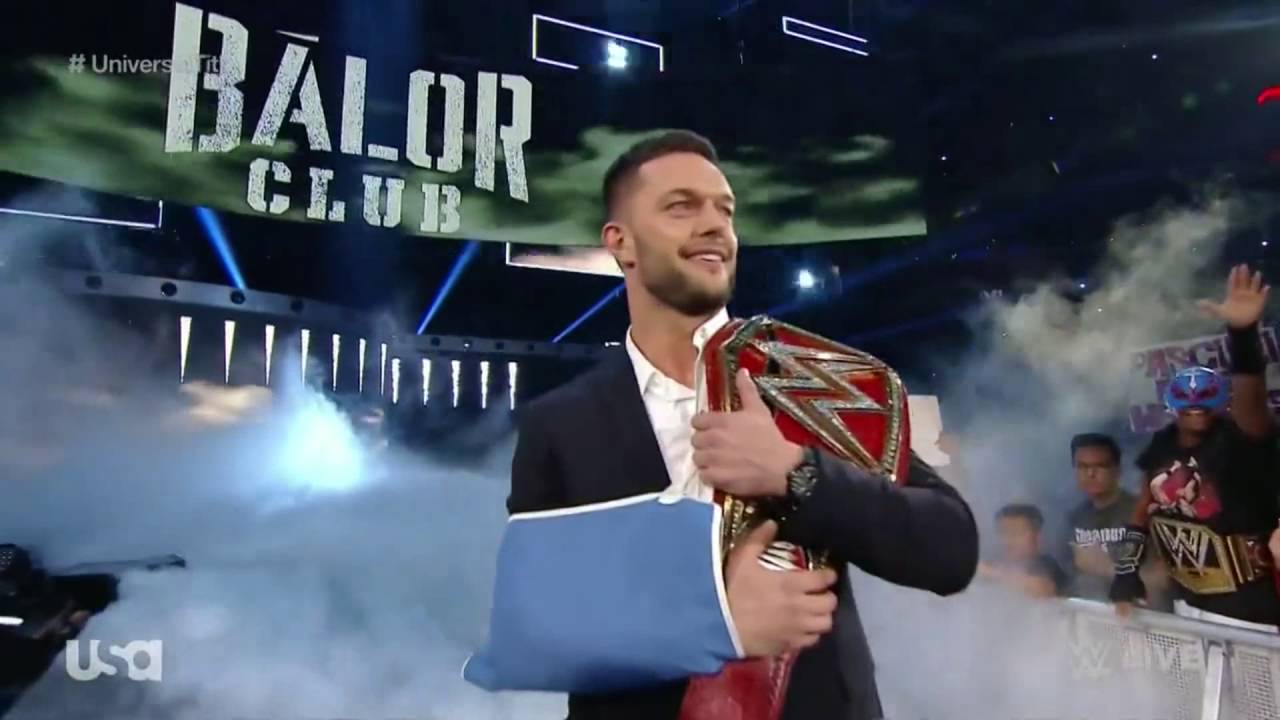 Last week, fans tore the roof off with cheers and mantras when Finn Balor made his return back on the main roster and back onto Friday Night SmackDown. This week, Balor jumped on WWE’s The Bump to relive that gratifying moment of his return and his reaction to it. He happened to mention that he was close to missing his cue to interrupt Sami Zayn’s in-ring promo due to not hearing his music.

“Obviously, it’s always incredible to return to any brand. To do it for the first time with the fans back, it couldn’t have worked out any better. I’m really happy with how the night went,” Finn Balor explained about his SmackDown return. “Little nugget of information, there were sending me from gorilla saying, ‘Go, go, go.’ I was like, ‘I can’t hear my music.’ They said, ‘No, it’s playing!’ It was a pretty surreal moment. I was kind of walking out and looking out behind the curtain, making sure that my banners were up on the Tron, you know. I was like, ok, the banners are up at least, so something’s happening. Yeah, it was a cool night.”

As reported last week, Balor has made his intentions clear that he is back on the blue brand to reclaim his Universal Championship, a title he didn’t have the chance to hold and defend due to a shoulder injury. The once former and inaugural champion hopes to be the one that can unfasten the stranglehold Roman Reigns currently has on the belt.

“[He lets out a roar of laughter] Obviously, you know, myself and the Intercontinental Championship, I’ve had a lot of association recently, but I think me personally, I have a lot of unfinished business with the Universal Championship,” Balor replied with a serious expression on his face. “It’s something that gets brought up all the time: What if I hadn’t gotten hurt? What if things had been different?

“For me, it was the journey and what made me the man today. I’m very grateful for how it panned out. I can’t change it. But I feel like there has to be something revisited with the Universal Championship, and that’s why I’m back on SmackDown.”

Speaking of gold, panelist Kayla Braxton asked Balor if he would ever consider going back to being a tag team partner. Although he looks at himself as just a one-man army, Balor wouldn’t mind revisiting his former partnership with Samoa Joe or possibly creating a brand new one if time allowed him.

“That is something I honestly haven’t thought about once,” Balor stated with a chuckle. “Obviously, if Joe becomes available again, obviously, that’s a dream partner for me. We’ve had a very long friendship and long rivalry in the ring. You know, one of my great friends on SmackDown is Kevin Owens. So, if he ever needs me as a tag team partner, I’ll be willing to step up.”

Now that he’s back on the main roster, it doesn’t hurt to look back at Balor’s very first and most recent run in NXT. During the interview, Balor revealed that his second run on the black and gold brand was originally supposed to be a three-month arrangement, although it turned into a two-year term. However, “The Prince” wouldn’t change his two-year interval on NXT for anything because it allowed him to not only go back to a promotion that showcased his global legacy to newer fans in North America, but it also gave him a chance to revitalize his mental and physical well-being which would help him gain new insight on where he stood in the company overall. Not to mention, it helped him reclaim the NXT Championship for a second time.

“[If he accomplished everything he wanted to during his second run in NXT] Everything and more,” Balor answered. “The idea of going back to NXT was to give Finn Balor a break from RAW and a break from SmackDown. It was to reset the character. It wasn’t supposed to be anything more than three months. It was to give me a little rest off TV, rest off the road and to kind of give me a reboot and revamp. Obviously, things folded a lot differently than we expected; it turned into a two-year run almost in NXT.

“For me, personally, I feel like it’s the best work that I’ve put into my career. To do that at 19 – 20 years into your career is quite strange. I really feel like I’ve just started to come into my best stride in NXT in recent months. I’m so grateful, obviously, for the opportunity to be in NXT and to be part of a new NXT landscape that’s completely changed. The guys there have completely changed the boundaries of what NXT is. To be in the ring with guys like Kyle [O’Reilly], guys like Pete [Dunne], it’s impossible to not have a good time.”

You can watch Finn Balor’s full interview here. If you use any of the quotes in this article, please credit WWE’s The Bump with a h/t to Wrestling Inc. for the transcription.