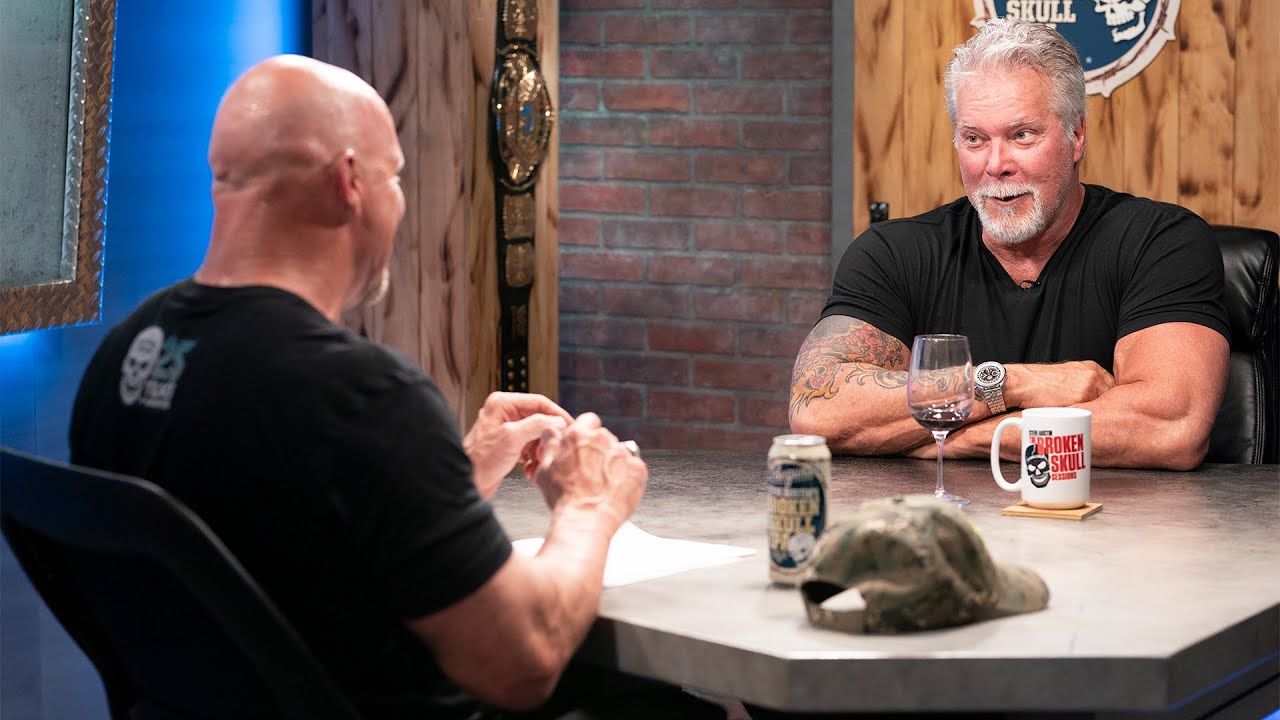 The curtain call remains one of the most infamous moments in wrestling history.

On May 19, 1996, WWF held a non-televised live event at Madison Square Garden. After the main event concluded, Scott Hall and Triple H embraced Shawn Michaels and Kevin Nash in the ring, despite Hall and Michaels being babyfaces while Triple H and Nash were heels.

The celebration between good guys and bad guys was caught on camera, leading to the breaking of kayfabe circulating like wildfire. Nash and Hall would depart for WCW shortly after.

Speaking on Broken Skull Sessions with ‘Stone Cold’ Steve Austin, Kevin Nash detailed why the four men, collectively known as The Kliq, decided to embrace for the live crowd.

“People don’t understand this, and it pisses me off to such a degree. I’m leaving,” Nash said. “The last house show that we did at Madison Square Garden, it was the highest non-pay-per-view drawing house show. We built the Garden back. We did $109,000 my first Garden show with [Hulk] Hogan on top [Editor’s note: Hogan did not wrestle at MSG during Nash’s first run with the company]. $We’re at 360,000 with us? With us guys? Guys at the back of the bus, we’re at $360,000.”

With Nash and Hall in WCW and Michaels still as champion, that left only Triple H to take the punishment for the curtain call. Hunter Hearst Helmsley was rumored to win King of the Ring later that year, but ended up losing in the first round.

Regardless of the outcomes of the incident, Nash insists there was no ill intent.

“I can only say this on my dead mother’s grave: it was not done with malice,” Nash stated.

Nash admitted he got caught up in the moment at MSG, but never intended for anyone to suffer any consequences. In fact, both himself and Scott Hall were frustrated at Michaels for letting Triple H take the fall.

“I was pissed at Shawn that he let it happen,” Nash said.

Leading up to that final live event at MSG, Nash knew he was on his way out of WWF. Big Daddy Cool emphasized he was happy to stay if Vince McMahon could match Ted Turner’s offer, which ultimately didn’t happen.

“We had to give a 90 day notice. I thought as good as I could write the letter to Vince explaining, ‘All I’m saying Vince is I’m not allowing my contract to rollover.’ I didn’t say, ‘I’m gone.’ I wanted to sit down, I said, because if he could’ve met what they were going to pay me, I was going to stay.”

While it remains a mystery as to whether Nash would have in fact stayed if his price was matched, there were some other factors that helped get him out the door quicker.

The former WWF Champion detailed a long-running storyline between himself, Bret Hart, and the Undertaker. Nash would go on to face then-WWF Champion Bret Hart at In Your House 6 in a steel cage match. According to Nash, there was a logical path for the finish to go, but egos got in the way.

“I had a match at In Your House, Louisville, Kentucky with Bret, and thats when Taker pulls me underneath and Bret slides out. I just wanted to stick Bret and have him beat because Taker had Bret beat, and I screwed him at the Rumble,” Nash said. “Flipped him off and walked away. In order to tit for tat, I had to have Bret beat. Bret wouldn’t take the finish.

“Vince caved on making Bret do the finish. When he wouldn’t do that for business, because that was what was right for business, that’s when I said, ‘F–k it. I’ll take the money. You’re not doing what’s right.'”

If you use any of the quotes in this article, please credit Broken Skull Sessions with a h/t to Wrestling Inc. for the transcription.