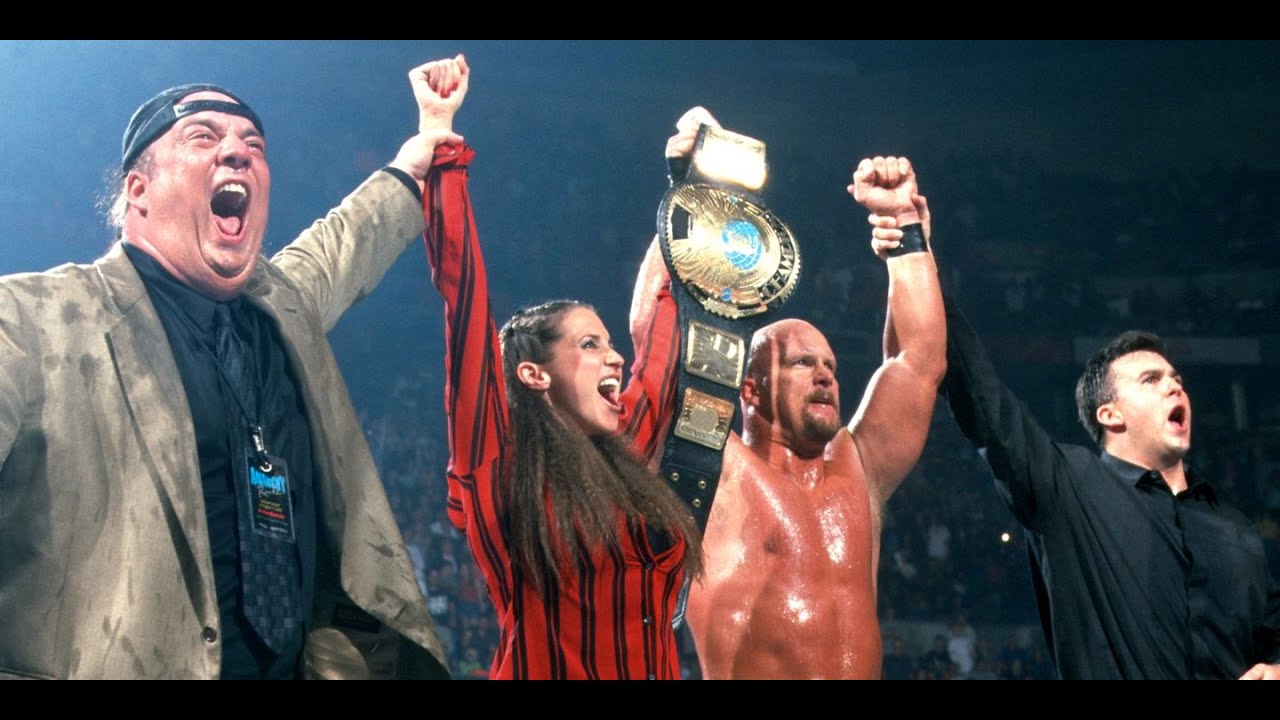 WWE Hall of Famer Kurt Angle spoke on a recent episode of his podcast, The Kurt Angle Show, about the WCW/ECW Invasion that took place in the early 2000s. Vince McMahon purchased WCW in March of 2001 and set up the Invasion angle on the final Monday Nitro, with Shane McMahon saying he purchased the company, not Vince. Two months later, ECW joined the group and the Invasion angle lasted only until November of that same year.

The former Olympic Gold Medalist spoke about Vince McMahon purchasing WCW and the idea that surfaced about him wanting to create a WWE version of WCW’s show. WWE experimented with their version of a stand-alone ECW show for four years, and began with Angle being the face of the company, but that show ultimately got canceled and Kurt left the WWE in 2006. Angle described why he doesn’t think WCW’s show would have worked just like ECW didn’t work under the WWE umbrella.

“I don’t know, the fans are so smart, they know that the WWE purchased WCW,” Angle said. “When there’s a ratings war and there are two companies with two different owners, fans get excited, they want to see that, they want to compare the companies. But when one company buys every other company, the excitement is gone. It’s no longer the ‘Real WCW’ or the ‘Real ECW’, it’s the WWE’s version of WCW or ECW. I think that’s the reason why it didn’t work either time.”

The reason many believe the WCW / ECW Invasion angle was ultimately a failure was due to the fact that the company wasn’t able to secure WCW’s top talent at the beginning, including names like Goldberg, the nWo and Sting. Former WCW President Eric Bischoff mentioned on his podcast, 83 Weeks, that he believed that was the main reason why the Invasion angle never worked.

Angle believed that the WWE could’ve gotten more out of the Invasion angle if they had stuck with it for a longer period of time.

“I think that WWE could’ve went a little further with the Invasion,” Angle said. “I think if they would’ve continued on it would’ve made a lot more money because it was very intriguing to the fans, there’s no doubt about that. For some reason they wanted to see WCW vs. the WWE and I’m not surprised. I am surprised that Vince ended it abruptly, that he didn’t continue on with it, but I know that we have pay per views like SummerSlam that is more of its own theme than it would be, SummerSlam Invasion. There are certain things that we don’t change, we don’t adapt too because we have these prestigious pay per views. I don’t think Vince wanted to tap into those with the Invasion angle.”

Although the Invasion is widely regarded as one of the WWE’s biggest missed opportunities in recent history, Angle said he never heard Vince McMahon talk about it as a failure. The former Olympic Gold Medalist talked about his former boss, saying you’re never going to see him admit failure.

“Honestly, you’re never going to see Vince say ‘F***, that didn’t go off right,’ “ Angle said. “He’s pretty stubborn and he sticks by his guns. When he does something, he follows through with it and he backs it up. Vince has never been sorry about anything in his life. He’s always sure about what he does, there’s no doubt about that.”

At the 2001 Survivor Series, the company pitted five “WCW/ECW Superstars” against five WWE Superstars in a “Winner Take All” match with the loser having to disband their company. Angle spoke about being a part of the match and not knowing what the plans were going to be for after it was over.

“It’s so hard because you don’t know what the plans were from Vince, you don’t know what he was trying to accomplish,” Angle said. “Was he trying to make WCW a formidable company that would stand forever, or was he trying to do it temporarily? That all depends on what I would do in that match. In other words, I’m not sure what Vince’s plans were for the company. Obviously he changed his mind several times and didn’t follow up on what he said he was going to do. The match all depends on the direction they wanted to go with WCW and I don’t know which direction it was.”