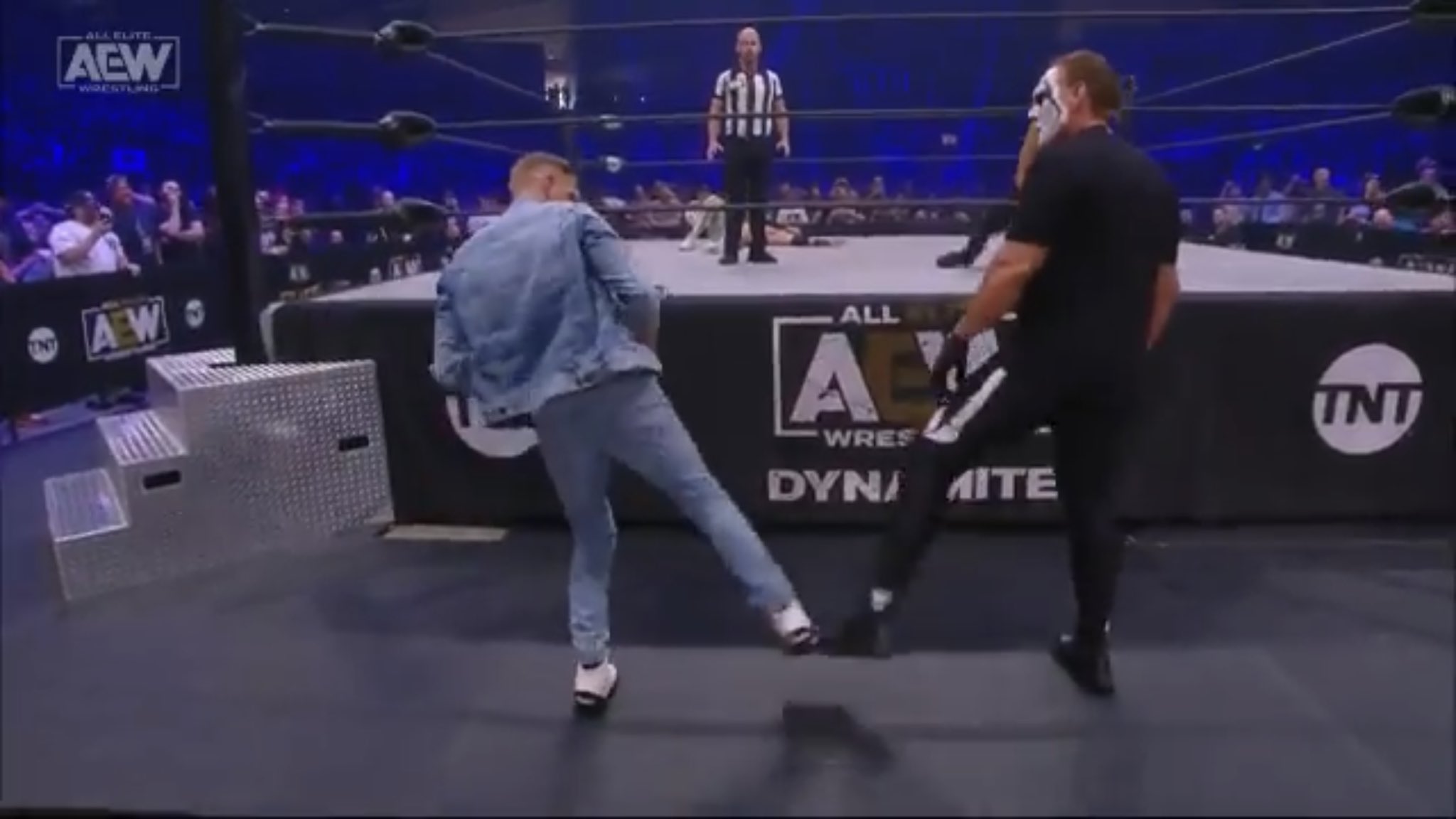 Both men were ringside for the Darby Allin vs. Wheeler Yuta match. Late into the match, Sting confronted Cassidy at the bottom of the ramp, to which Cassidy responded with his signature hands-in-pockets. The two then began to trade some of Cassidy’s signature soft kicks before each lined up for a superkick. The Icon hit his familiar chest beat taunt, but with a slowed Freshly Squeezed twist.

The match eventually concluded with Allin landing a coffin drop on Yuta to pick up the 1-2-3. Cassidy would get attacked by The Blade after the bell, setting up their match for later in the show, which Cassidy would win.

For all of AEW Dynamite: Fyter Fest’s results, be sure to check out Wrestling Inc.’s full coverage here.

You can see the face-off below:

What a faceoff … @orangecassidy and @Sting!

Previous
Velveteen Dream Booked On Indie Show, Then Is Quickly Removed
Next
Nick Gage Responds To His AEW Debut