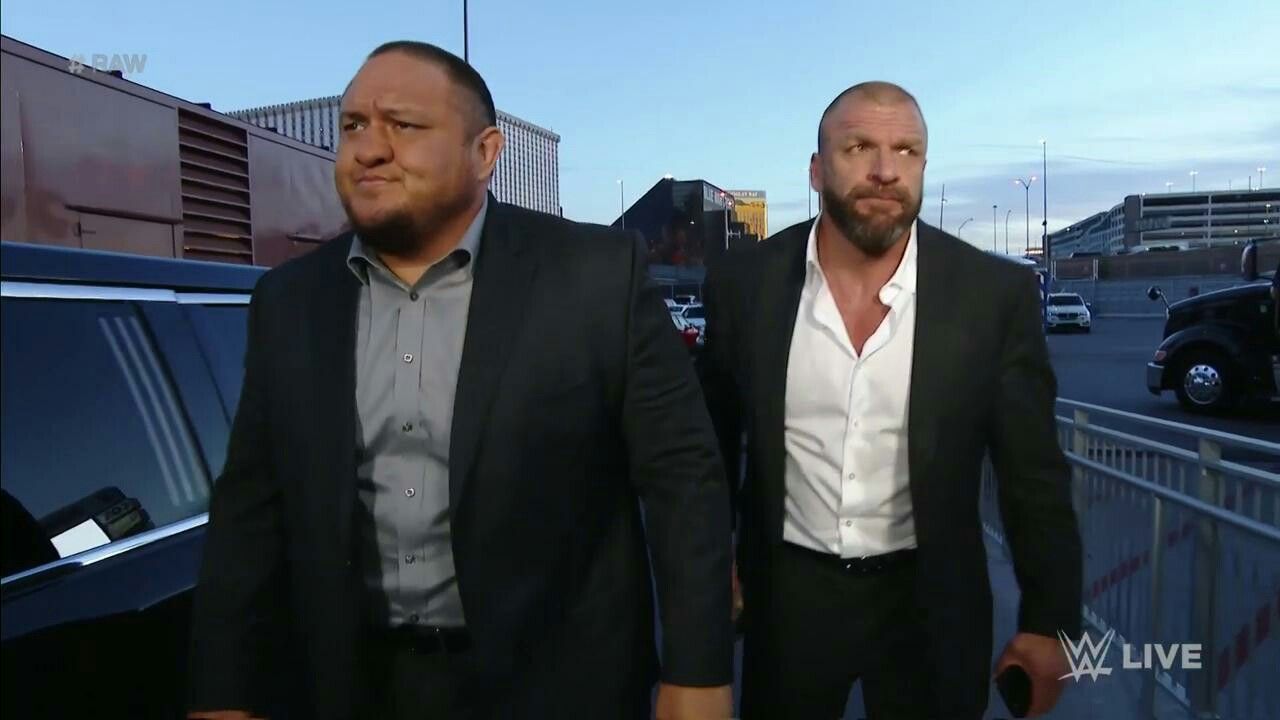 Dating back to April 15, 2020, WWE has made a sizable amount of cuts from their roster. From in-ring talent to producers, pink slips were dished out on numerous occasions over the past year.

Speaking to the New York Post, Triple H emphasized that the releases are “just business.”

“Coming out of COVID and a pandemic and everything else, all companies are having to make difficult decisions and we were no different,” Triple H said. “It’s a part of what we do and it happens on a regular basis, all companies have to do it. It’s not the most pleasant part of what you do, but it is what it is.”

One release that caught many people by surprise was Samoa Joe. The Samoan Submission Machine worked commentary for WrestleMania 37 just five days before he was given his future endeavors wishes.

Rumors circulated that Triple H “was not happy” about Joe getting let go to begin with, and wanted him back in NXT. According to the Cerebral Assassin, Joe’s release was actually more of a transition.

“It wasn’t like he got let go from one part of the company and the other part of the company [hired him]. It’s all one big company,” Triple H said. “Everybody knows what everybody’s doing. There was an opportunity for him to transition, no different than you would say, ‘Well, he was released from this pitching contract and started managing the team and became a coach.’ It’s a similar situation.”

Joe recently revealed that he is now working in the company’s talent scouting department. Even before Joe was initially cut in April, Triple H says conversations about Joe’s backstage role were already being discussed.

“It was something that we were already talking about anyways,” Triple H said. “And what people tend to focus on, because it’s the visual, is the in front of the camera, the character side of it. But what Joe and I have been talking about for a long period of time, before COVID, probably from the time he started in WWE in general [is] that’s he’s a very smart guy that’s very business-oriented, has a level head, and all those things. And [we discussed], ‘What is the future like and how can he help build the future,’ and he was enamored with the other side of the business and what we do.”

While Joe’s has a new position backstage with the company, the former United States Champion seems keen on an in-ring return. Triple H likened Joe’s situation to the one he’s been in for the past decade.

“There was an opportunity for him to leave one realm and come into the other, but in coming into the other it sort of connected the dots for him to still do something in-ring from a preference standpoint — no different than I do, [or] other performers who have other jobs as well,” Triple H said. “It’s a piece of it, but the bigger component is the talent-development component that he’ll be a big part of. I’m really, really excited about that because again, at this stage of my career, it’s all about developing the next generations of superstars.”