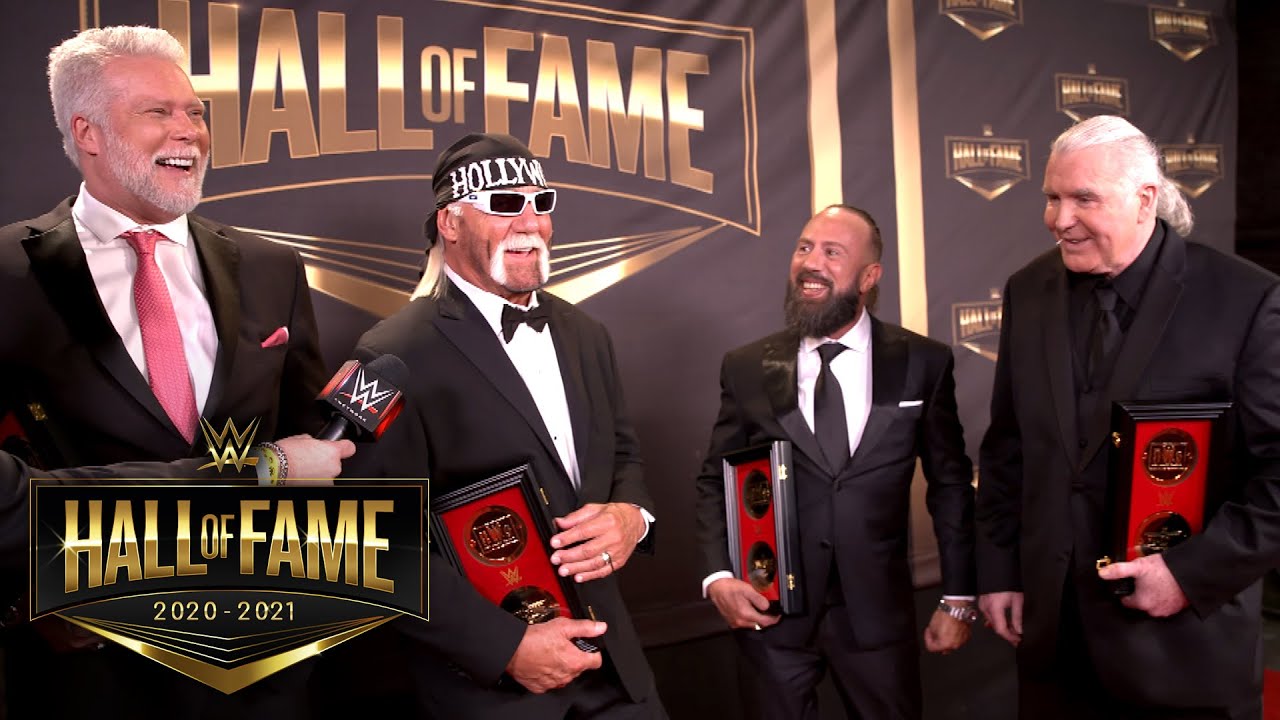 This week on WWE’s The Bump, two-time WWE Hall of Famer X-Pac joined the panel to celebrate the 25th anniversary of pro wrestling’s most spectacular faction, New World Order [nWo]. They begin by reliving the night that Hulk Hogan, Kevin Nash and Scott Hall joined forces at WCW’s Bash at the Beach ’96, and began what would become the most historic night in their careers.

For X-Pac, he recalls watching it all go down right in front of him and how he knew that night would translate where his career would go two months later when he joined the notable group.

“I was watching. I kinda had an idea that might be what happened, but still, you didn’t know. No one knew,” X-Pac said on watching nWo form at WCW’s Bash at the Beach ’96. “I don’t think anyone could have predicted how big it got. When I joined nWo, it was a whole ‘nother level of recognition and notoriety. It was, wow!”

Looking back on the whole experience of being part of nWo from 1996-1997, although his time with the group was cut short, he believes his time there jumpstarted some renown and likeability in all of professional wrestling.

“Just the opportunity of being involved and in WCW, the way…it wasn’t produced the way it is today. We were just too cool for school, anyway.

Next, the panel and X-Pac discuss his matches with WWE legend and 16-time World Champion Ric Flair. Besides his matches with Bret Hart, X-Pac says without a shadow of a doubt, Flair was one of his favorite competitors to ever square off with.

“Well, it was jumping in the deep end of the pool, that’s for sure. I picked one of the biggest stars in WCW. Honestly, what an honor it was,” X-Pac stated on working with Ric Flair. “Ric Flair and Dusty Rhodes were in the main event of the first wrestling show I had ever been to. That made me fall in love with this.

“And then, we did that six-man: Scott, Kevin and I versus Roddy [Piper], Flair and Kevin Greene. Besides my match with Bret Hart, that’s my favorite match.”

In 1998, X-Pac found himself on the receiving end of some bad news when he was informed by WCW Senior Vice President Eric Bischoff that he was being let go from the company. What might seem like a major defeat in one’s career, X-Pac says his firing was a blessing in disguise, and Bischoff agreed as well.

But before they jumped into why his firing was better than expected, X-Pac has always wondered where his career would have gone if he were to have stayed with WCW all the way up till their disbandment in 2001.

“I think I would have thrived because my stock elevated. I was working on getting a raise, and then, I broke my neck,” X-Pac noted. “I know D-X would have crushed it [without me there], but I just wonder what would have happened [if I stayed].”

“I thanked Eric Bischoff. [I said], ‘Thank you for firing me.’ He said, ‘I’m so glad I fired you.’ I would have been pissed if he had flown me all the way to Atlanta to fire me, I would have been way, way more livid. He was like, ‘Yeah, I’m glad I didn’t fly you down either ’cause I would have changed my mind, and you wouldn’t have had D-X run.”

Now a two-time WWE Hall of Famer, X-Pac sees his double inductions as monumental moments for both his singles and tag team careers. From starting as The Lightning Kid to becoming the untamed X-Pac, he wouldn’t trade his experiences for anything in this world.

“Just to be in the Hall of Fame two-times is crazy,” X-Pac exclaimed. “I get nervous when I’m in situations like that, speaking. I was full of nerves, but it means the world to stand up there…these are my friends. These are my best friends in my entire life. I don’t know how to answer it; it just meant the world [to me].”

You can watch X-Pac’s full interview here. If you use any of the quotes in this article, please credit WWE’s The Bump with a h/t to Wrestling Inc. for the transcription.