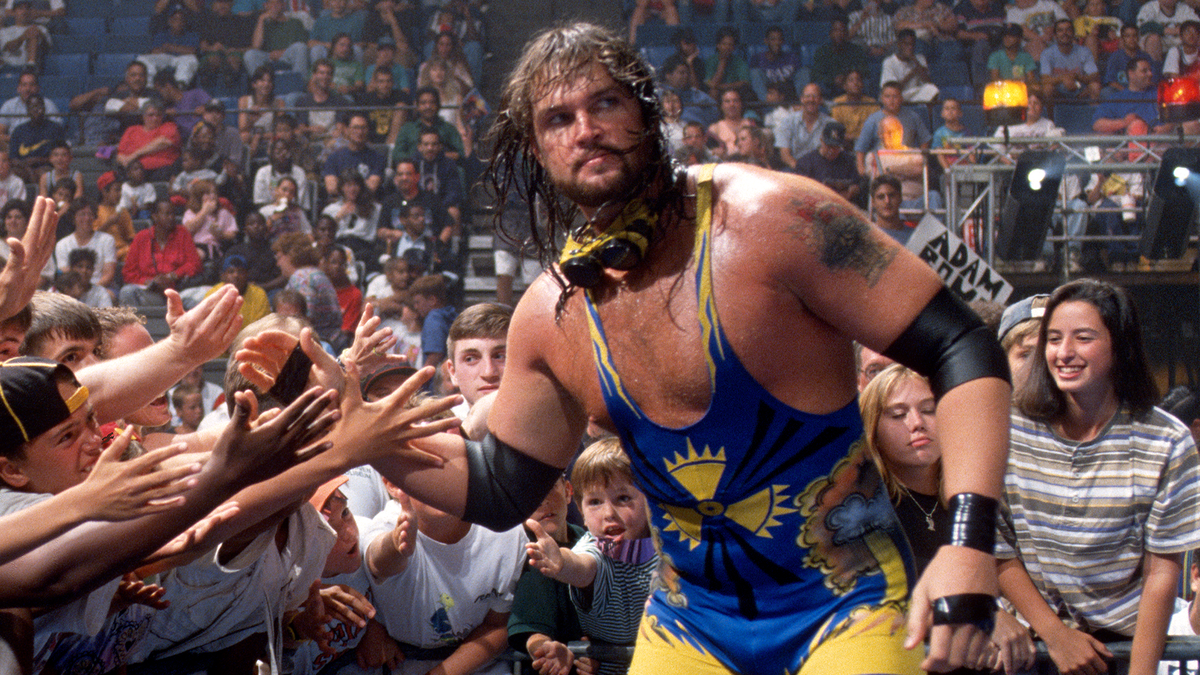 No matter the gimmick, Adam Bomb worked under a number of personas before landing on the aforementioned explosive identity, which gave him success in WWF’s midcard for a couple of years.

While he settled on Adam Bomb, the real-life Bryan Clark revealed he was actually offered a future Steve Austin identity first.

“They offered me two different gimmicks, and I’ve told people if they don’t believe me, go to the trademark commission and look it up,” Bomb told Shining Wizards. “But they had the Adam Bomb trademark and The Ringmaster. I chose Adam Bomb. I just felt I could do a lot more with it. It was, like you said, very colorful. It just had a lot of potential I felt at the time.”

Bomb’s lone WrestleMania match would come in 1994, where he was defeated by Earthquake in under a minute. According to reports, Bomb’s spot was originally slated for Ludvig Borga, who had to pull out due to an ankle injury.

According to Bomb, he says he “never heard” original plans for the WrestleMania X contest.

“I had a couple people say that, but I never did hear it because prior to that, we were on a European Tour and I worked with Earthquake for like ten nights in a row preparing for Mania. That’s sort of the way they did it at the time,” Bomb detailed. “We had like a 15 minute match worked out. A damn good match actually. I’m hearing Ludvig Borga stuff now, but I think he may have left or got terminated prior, maybe in January prior to that. I’m not sure. We started working all those nights prior too in Europe. Germany and UK, but again I can’t quite pinpoint the date.”

Aside from the goggles and airbrushed singlets, Adam Bomb’s most recognizable part of his wardrobe is his shoulder tattoo. The ink is of a Garbage Pail Kid also named Adam Bomb, showcasing the cartoon detonating an explosion and causing a mushroom cloud to erupt on his head.

“That was a shoot tattoo,” Bomb revealed. “I was in the military, of course I’m a Veteran.  Go Vets.  But yeah, the tattoo issue was I had a tattoo when I was in the military, then I got that over it.  Then when I left there (WWE), I lasered it right off and became Wrath, and Kronik and on and on.”