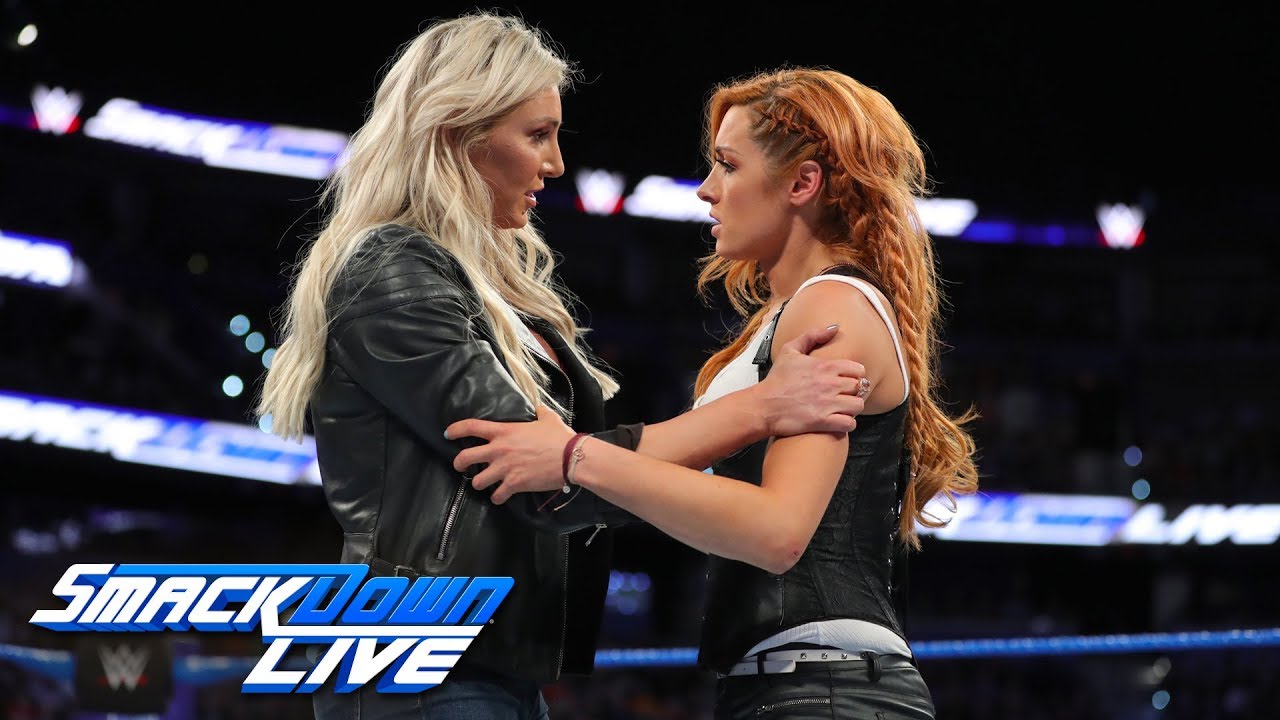 In a recent interview with Renee Paquette, the RAW Women’s Champion Charlotte Flair detailed the meaning behind her infamous middle-finger salute towards fans during her Money In The Bank matchup with Rhea Ripley last month.

In her defense, Flair stated how she felt the fans were disrespectful towards Ripley, who’s been making a name for herself for the last year or so since coming from NXT to the main roster. She felt the fans didn’t need to involve Becky Lynch, who came back one month later at this past Saturday’s  SummerSlam.

“After the match, I was walking to Gorilla and was like, ‘Ah, yeah. I gave them the bird. Am I going to get in trouble?’ They pissed me off,” Charlotte Flair said with frustration. “Hear me out: I’ve got Rhea Ripley -first big pay-per-view with me. I get it; everyone’s excited to have Becky [Lynch] back. I’m excited to have Becky back. But you guys went from chanting ‘Becky’ to ‘This is awesome.’

“If you know what I’m capable of, show the respect upfront. I don’t know; I’m usually so cookie-cutter, black and white, happy Monday, happy Tuesday, but in that moment, I just felt it. I was like, ‘let me steal the show with Rhea Ripley.’ I know that she’s that good. Don’t disrespect her. I’m used to it. Like, I can take the beating.”

Paquette followed that by asking why Flair believes fans always revolt by chanting “Becky” during her matches even when Lynch isn’t her opponent.

“I really think it’s our chemistry,” Flair stated right off the bat. “What her and I did with each other from Evolution to her turning on me to getting all the way to the main event, I think they [the fans] just know that’s the only way to attack Charlotte Flair. I don’t know how else you’re going to attack me.”

This led to Paquette asking the million-dollar question fans have wanted to know for some time now: Are “The Queen” and “The Man” still close pals?

“She’s a mom, and she’s so happy. To see the career she had – I mean has. The ride that she had and to go off and have a baby, for me to see that on the outside, I’m looking at it like, ‘ok, you can have it all. You can do it all.’ You can be a mom. You can still main event. You can still come back. I look at Beck’s going, that’s inspiration and goals for me if I do want to step away and when I want to step away to have little Manny’s [Andrade El Idolo],” Flair answered.

In all honesty, Flair indicated she has no idea what led them to stray apart. In her opinion, she thinks it had to do with their careers and getting involved in romantic relationships, which caused their dependability to each other to dissipate.

“Honestly, I don’t think anything happened. I really think her and I depended so much on each other as best friends, and it was easy. She was my ride or die, my go-to, [it] just needed to happen. I met Manny. She met Seth [Rollins]. Her career took off,” Flair noted.

“I always say, the fans booing through all of that when I was supposed to be the good guy, is the greatest thing that has ever happened to me as a performer. I think now, man, why did I think, ‘cheer me, I’m the good guy!’ No. Be Charlotte Flair. Be unapologetic. Don’t be sorry that you’re that good. And at that time, I was like, ‘No, cheer me! You like Becky, but I’m supposed to be good.’ I was pandering for them to like me instead of going out there and being the Ferrari.”

To add more context, Flair explains how her character’s dynamic and interaction with the crowd changed following her on-again, off-again feuds with Lynch.

“I’ve never really said this; I don’t think. But when I wrestled Ronda [Rousey], I was like, ‘well, this sucks.’ There’s a three-day build. I’m wrestling Ronda Rousey; this isn’t supposed to happen,” Flair revealed on how she wished she could have displayed the same amount of confidence exhibited towards Rousey in her saga against Lynch. “I know how good I am, so what am I supposed to do? Show the world how good I am! And I did that. So, had I felt that confidence during that feud against her, I think how the fans had viewed me, they would have seen that badass beat Ronda to hell with a kendo stick with Becky. But instead, they saw this girl who was like, ‘Noo. You like me, right?’ Like, why did I care so much?”

You can listen to Charlotte Flair’s full interview here. If you use any of the quotes in this article, please credit Oral Sessions w/Renée Paquette with a h/t to Wrestling Inc. for the transcription.