Chris Jericho On If He’ll Do Another Deathmatch 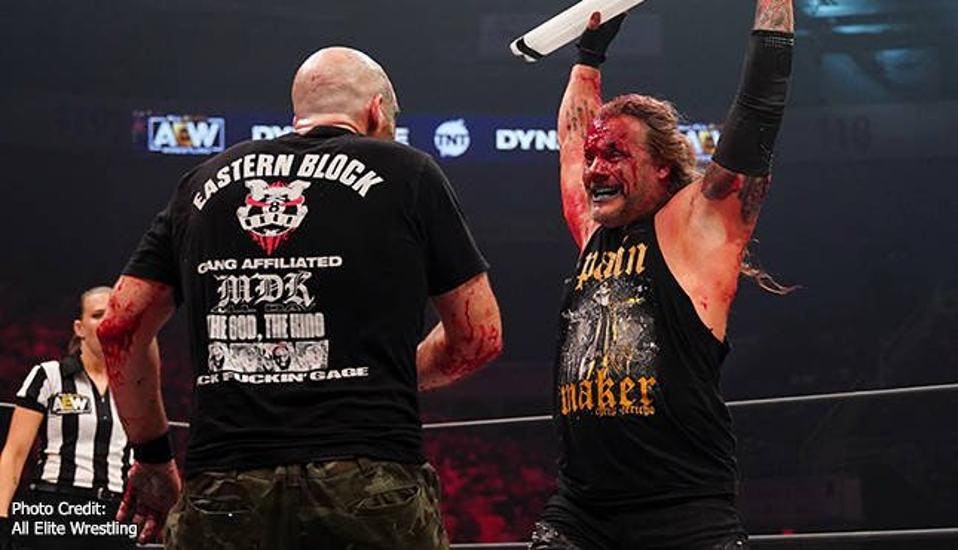 The use of light tubes, glass panes, and pizza cutters brought a level of violence that network television pro wrestling had never seen before.

“I think it might even be the most-watched death match of all time in the fact that we had 1.2 million people watching it,” Jericho told Gary Cassidy of Inside the Ropes. “Show me another death match that had that type of viewership. So it really did do what we wanted it to do, which was was kind of extend this storyline and create a stir, and create a buzz.”

Jericho has never shied away from a hardcore bout. From his early days in ECW to his thumb tack bump at WWE Extreme Rules 2016, Y2J has competed in his fair share of brutal matches. That said, this was his first time working with light tubes and glass panes.

While the Painmaker doesn’t necessarily anticipate another death match in his future, he says he’s willing to “if the story fits.”

“I’ll do it, because it is all about storytelling. Obviously it’s not something I would want to do every night or probably will ever do again but when you’re talking about the story that we’re telling, it was perfect for it. And I think that match was a classic in its genre,” Jericho said. “Was it was something that I would ever volunteer to do again? Probably not. But was it something that completely was 1000 percent approved and basically thought of by me? Well, guilty as charged.”

This Wednesday on Dynamite, Jericho is scheduled to face Wardlow (with MJF in his corner) in Chapter 4 of The 5 Labours of Jericho.