John Skyler Talks Being Injured For Most Of His AEW Run, Being Healthy Again 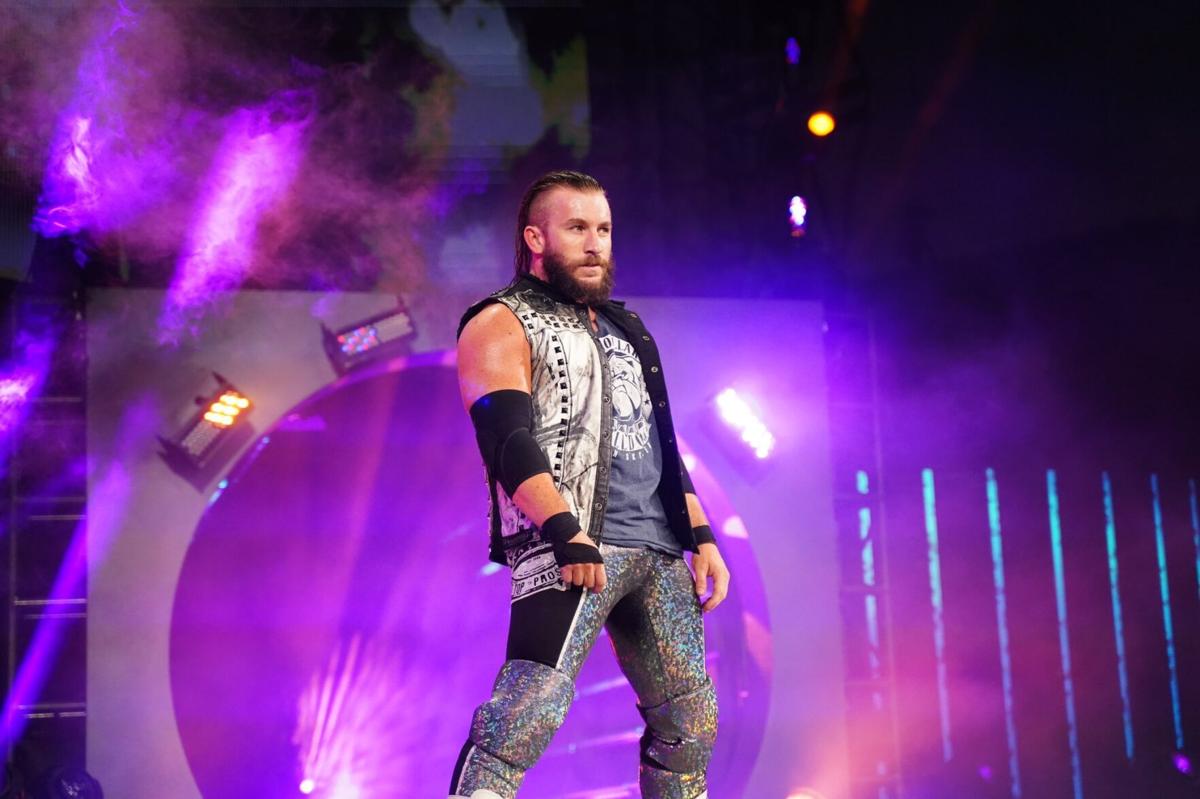 Independent professional wrestler John Skyler has competed in numerous promotions over the course of his decade-plus career. While he’s been everywhere from ROH to WWE, Skyler’s most recent accomplishment saw the wrestler score a pinfall victory over Matt Cardona on Impact Wrestling.

Before he was in Impact, Skyler had a couple of matches for All Elite Wrestling, competing on AEW Dark. During the summer of 2020, Skyler teamed with Brady Pierce in a losing effort to Stu Grayson and Evil Uno of The Dark Order. During that match, Skyler sustained tears in his ACL, MCL and PCL in his right knee. John returned to action in January of 2021 on AEW Dark, and while it didn’t lead to a contract for Skyler, he still reflects on his time at Daily’s Place fondly.

“That locker room at AEW was fantastic. Tony Khan was very gracious and kind to me when I was out injured, just to make sure that I was brought back on a regular basis, taken care of, even though I couldn’t wrestle. You know, but the locker room was great,” Skyler told Andrew Thompson. “It felt like a real team environment and I had a lot of fun matches there too that I really, really enjoyed like wrestling John Silver, wrestling Orange Cassidy which was probably my favorite match that I’ve had in a long time actually and I never thought in 2021, you know, if you would’ve asked me five years ago, I can’t believe I’m saying that right now. But, that match with Orange Cassidy was great. I got to wrestle my buddies, guys like SCU, it was just a lot of fun.”

“I hate that a lot of — I was there for almost a year and eight months of that I spent on the shelf injured but, it was just a great experience overall and I think it really showed the world and opened a lot of people’s eyes on just what I’m capable of doing,” Skyler said. “Whether I have three minutes of TV time or 30 minutes of TV time, I think I kind of showed the world exactly what I’m capable of in terms of being a professional wrestler.”

Speaking further on his injuries, Skyler says he’s recovered both physically and mentally from his ACL, MCL, and PCL tears.

“Yes, [I feel like I’m mentally over the injury] just because you know, it does take time to slowly build up the confidence or to build your confidence back but, honestly when I’m out there in the ring, I don’t really think about the knee injury anymore,” Skyler said. “It just takes me a little bit longer to get warmed up these days. It’s not like it used to be when I was 20, 21 years old. I could just throw my gear on and go straight to the ring. Now I actually have to warm up and stretch and make sure everything’s good because it was a rough eight months and I don’t wanna have to go through it again and I hate anytime somebody else has to go through it.”

Skyler compared his injury to current AEW star Kris Statlander, noting how both of them were unable to focus on recovery workouts for a while due to the tears taking time to heal.

“Me and Kris Statlander got hurt on the same day, the same tapings. It’s almost the same injury so, you know, and I’ve seen so many others go through the same thing and I just, I know how hard it was for me. You can’t wrestle, you can’t work out, it’s a pandemic, everything’s shut down and you’re injured, aw man,” Skyler said. “Yeah so, but I’m not going to turn this into a woe is me thing because I’m very happy with what I’ve accomplished, I’m very happy with where I’m at and I think it was a — in the long run, as crazy as it sounds, I think the knee injury is going to be one of the best things that ever happened to me.”

One of Skyler’s close friends, Cash Wheeler, has enjoyed tremendous success in AEW. Wheeler has personally proclaimed his belief that Skyler would be the “breakout star” of AEW Dark, a compliment that Skyler doesn’t take lightly.

“Cash [Wheeler] is pretty much my best friend in the business so for him to say something like that and Dave too, [Dax] Harwood, for them to — they’ve gotta be the best tag team in the world whether they’re my buddies or not,” Skyler said. “I’m trying not to be biased here but to have that kind of high praise come from them and then also have a lot of guys that I grew up watching, mentors, legends that you said earlier, guys like Arn Anderson just shoot me a text saying, ‘Hey man, you’re doing all the right things. Just keep it up.’ I’m like, ‘Woah, where did this come from?’ So, but yeah, it’s a good feeling man and I definitely think the best is yet to come and it doesn’t matter where I end up… it doesn’t matter where I end up, I’m gonna make the most of it, I am gonna be a breakout star, wherever I end up.”

Previous
What Happened With CM Punk After AEW Dynamite Went Off The Air?
Next
WWE Producer Jokes About Chris Jericho Returning To WWE