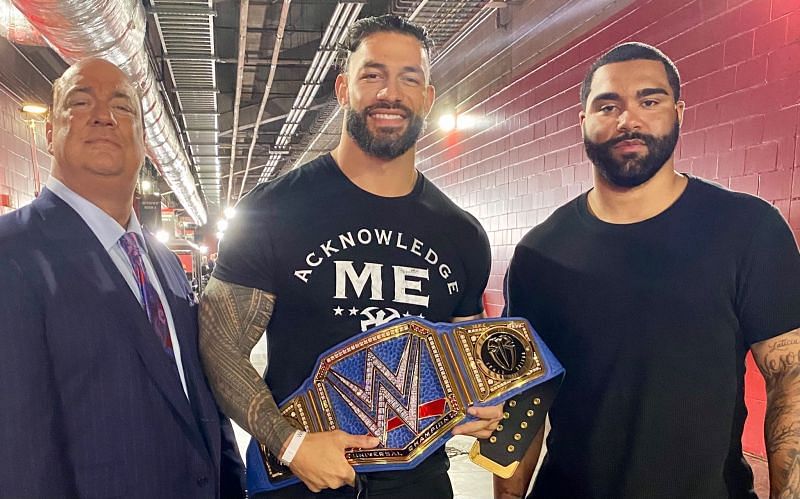 Olympian Gable Steveson took the world by storm when he captured a buzzer-beating gold medal in wrestling this past week.

Steveson was already on WWE’s radar, but WWE Hall of Famer and former Olympic gold medalist Kurt Angle believes he has now taken his stock to unprecedented heights.

Angle famously won a gold medal (with a broken freakin’ neck) in the 1996 Olympic Games, leading to Vince McMahon offering him a 10-year deal with the WWE shortly after. Those talks fell through due to Angle insisting he couldn’t lose, but eventually mended as Angle would join the WWE in 1998.

As for Steveson’s future, Angle believes he will end up in pro wrestling in due time, but sees him continuing his amateur wrestling momentum until the next Olympic Games.

“I think that this kid, I think he’s going to continue to wrestle amateur for another four years, probably win another gold medal,” Angle said. “Then I think eventually end up in the pro wrestling business or UFC or Bellator MMA. So, the kid has an incredible future.”

Steveson’s gold medal has made headlines, but the biggest story from 2020’s Olympic Games has revolved around gymnast Simone Biles’ brief exit due to mental health issues.

Angle, who has battled his own demons before, says the mental game of the Olympics should never be downplayed.

“The physical part is hard enough. The mental part, emotional part, is the hardest part about it,” Angle said. “You have continued stress throughout your life, every day of your life, knowing that you have to train your butt off eight to 10 hours a day and you’re shooting for one event, the Olympics, and you’re only going to get one shot most of the time. It’s going to be in a two-day period and you have to be on on those two days. That’s a lot of mental stress and anguish, and I think a lot of athletes are finding out their mental stability is starting to unravel, and it’s very difficult.”

The stress of competition is the reason why Angle didn’t compete in the Olympics again after 1996.

“It’s a thing that I didn’t continue on because I was mentally drained, I didn’t want to do it anymore,” Angle said. “And I probably could have won another gold medal in the 2000 Olympics, but it was just too hard for me, emotionally and mentally. I had to get away from it.”