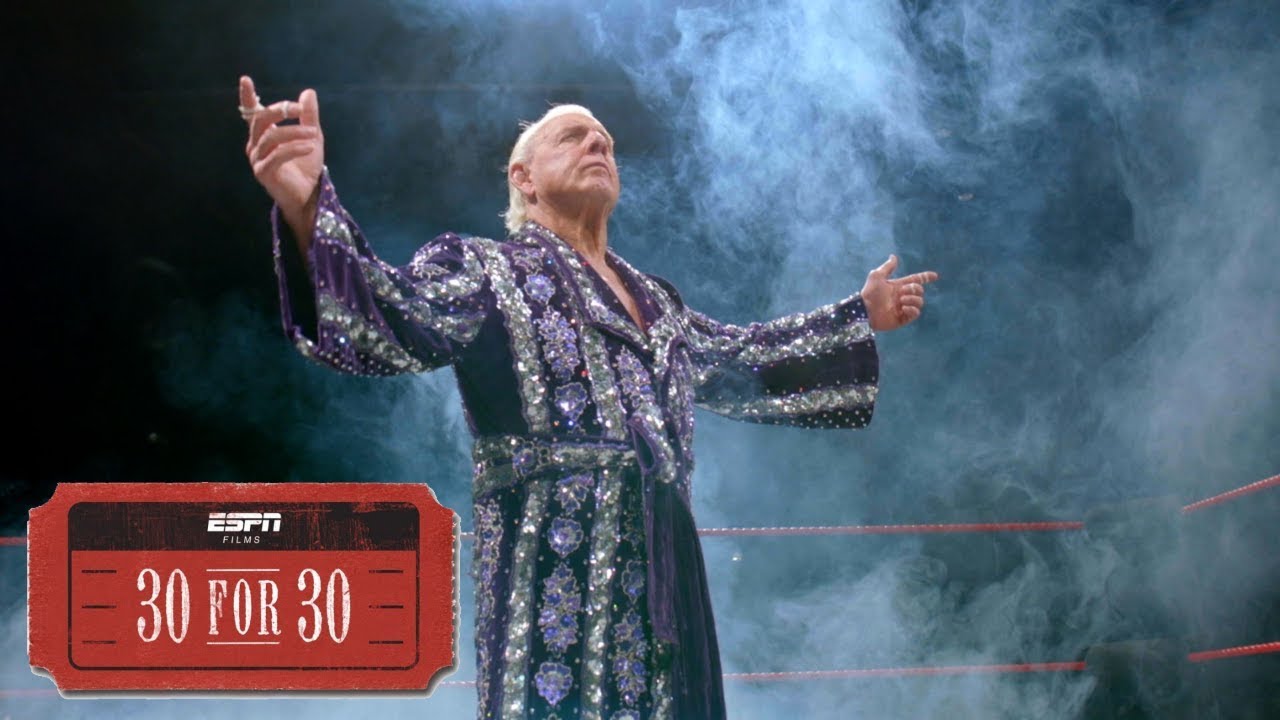 Director of ESPN’s 30 for 30: Nature Boy Rory Karpf didn’t just compile footage of the 16-time World Champion for his documentary; he got to know Ric Flair personally.

This relationship involved Karpf being on the receiving end of some signature Flair chops, which the director called a “bucket list” moment.

“I took my shirt off, and he was like, ‘Get in.’ He started chopping the s–t out of me and it was awesome,” Karpf told Beyond the Lens. “I mean, it stung, but that was definitely bucket list.”

Aside from moves, Flair showed Karpf his technique behind one of the industry’s most controversial secrets: blading.

“That same day, it’s an interesting story, Ric cut himself,” Karpf said. “He showed us how he bladed, which really got me in trouble with WWE because he showed up at Monday Night RAW with a cut on his head, and they’re still kind of protective of certain parts of the business. So, Ric cuts himself and he bled all over the locker room he was in at this arena, and then just like, took off. I went back there, and it looked like a crime scene. I’m like, ‘I can’t leave this.’

“We’re filming, no one else was there, so I myself got the janitor closet and they had bleach, and I just started mopping this stuff up. I put some gloves on and scrubbed it away. I’m thinking like, I’m going to get charged like ten grand if I don’t clean this stuff up. He left his DNA all over the Center Stage in Atlanta.”

Even after fleeing what Karpf described as a crime scene, Flair apparently left evidence all over his clothes.

“Then I met him up at a restaurant and he didn’t change his shirt! He’s still got blood, he looks like he just came from a car accident,” Karpf said. “It was actually St. Patrick’s Day, so you know, I then got to drink with Ric Flair, which is its own kind of experience.”

You can see Rory Karpf’s full story below:

Live today on Beyond The Lens 🎧 pic.twitter.com/REf15bZfuD

If you use any quotes in this article, please credit Beyond the Lens with an h/t to Wrestling Inc. for the transcription.